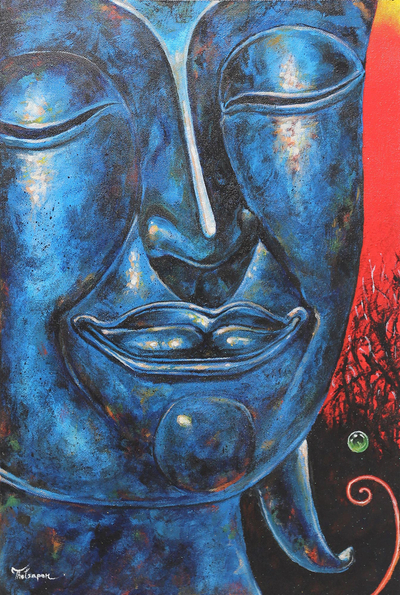 The fiery sun plays across a beautiful image carved in stone. Thotsapon... more

The fiery sun plays across a beautiful image carved in stone. Thotsapon demonstrates the Buddha imagery of the Sukhothai Empire, which reigned in Thailand from the 13th to the 15th century. Characterized by an oval face, arching eyebrows, a long hooked nose and a smiling expression, the sculpture always features tightly curled locks of hair.

You can find our 'the Calmness II' by Thotsapon in paintings categories such as Buddhism Paintings, Buddha Paintings, Expressionist Paintings and Acrylic Paintings. Enjoy exploring these sections for other Novica treasures.