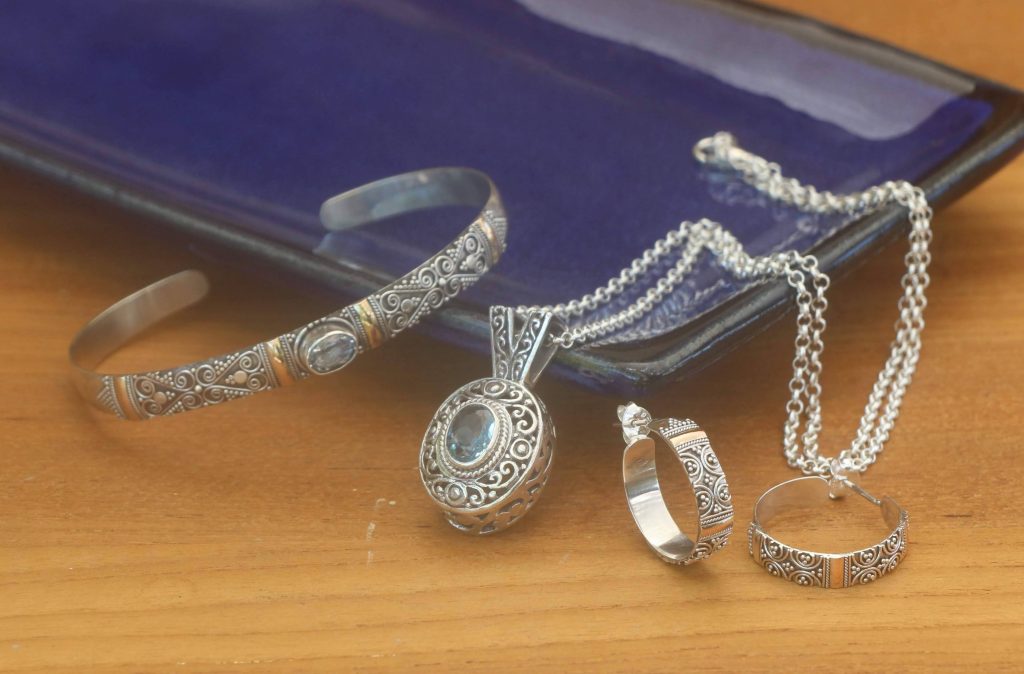 LOS ANGELES, CALIFORNIA, USA, November 2, 2021 /EINPresswire.com/ — Wishing for holiday gifts and décor that will impress and inspire, while also making a positive impact around the world? NOVICA.com, the world’s largest online impact marketplace, today announced the launch of its 2021 curation of authentic, meaning-filled, culturally-themed fair trade gifts and holiday décor from far-distant lands.

For the holidays each year, the popular do-good website ramps up its offerings of unique gifts, ornaments, and decorations handmade by artisans in developing nations – from exquisite handmade jewelry and apparel to handcrafted décor and collectibles.

“We still get goosebumps every day when we learn about another artisan’s life we’ve helped change for the better, or hear that they’ve received greater respect or new awards for their work, or that their kids are now the first in their village to attend university – thanks to increased sales that NOVICA facilitates,” Ryan said, adding, “These many uplifting stories are constant, so gratifying, and the result of our impassioned customers who deeply appreciate world arts, traditional cultures, and indigenous art forms.”

Sisters Katya and Blanca Canto in Peru are among the master artisans offering culturally-themed holiday gifts and décor at NOVICA.com. The sisters engrave and paint traditional mate gourds into exquisite Christmas tree ornaments. Their artistic technique dates back to the pre-Inca Moche and Chimu peoples.

“We feel proud that our art transcends our borders, and to be recognized for our work,” said Katya Canto, speaking from her home in Peru, continuing, “We’re proud of this ancestral art that we continue to develop, keeping alive a tradition that is born from the soul and mind. Through this art, we pay tribute to our family and our people. Each mate gourd carries a part of our soul and heart. We want to inspire young people, and tell them that, as long as we have stories to tell, our art will never die.”

Thai ceramic artist Duangkamol Srisukri offers handmade ceramic nativity scenes at NOVICA.com, in addition to exquisite gift vases and other ceramic art. “Each piece that I work on involves hours of reading and researching to get the most accurate details,” Srisukri said from her workshop in Thailand. “Once details have been fully collected, after many trials, a masterpiece is completed. Having my work featured on NOVICA is very good because people can enjoy seeing our beautiful works of art while sitting at home in front of their computers… an indescribable experience.”

Srisukri eschews the chemicals common to modern celadon ceramic production, preferring instead to use ancient natural processes for glazing. Her natural glazes are made from wood ash and straw ash, materials that have been used for generations to create the distinctive crackle finish particular to this ceramic tradition.

NOVICA is the largest online impact marketplace in the world. Mission-driven to empower artisans and preserve cultures worldwide, NOVICA features the biographies and creations of thousands of master artisans who sell a selection of more than 100,000 limited edition fair trade treasures to retail customers at NOVICA.com. Offerings range from handmade jewelry and apparel, to handwoven rugs and tapestries, to hand-carved decor, collectibles, original fine art and unique gifts. NOVICA is headquartered in Los Angeles, with eight Artisan Empowerment Hubs around the world. NOVICA pioneered this massive, direct artisan-to-consumer online gallery concept in the year 1999. In 2020, NOVICA expanded into the subscription box world when it acquired Love Goodly, one of the most trusted and award-winning subscription boxes in the clean beauty space. In September 2021, NOVICA launched the Undiscovered Box (undiscovered-artisan-box.com) – a quarterly, regionally-themed, curated subscription to ethically crafted, handmade global treasures. In November 2021, NOVICA expanded its reach into Canada by launching a dedicated sister site, NOVICA.ca. To date, NOVICA has sent more than $115 million directly to artisans in developing nations.

It is lovely to read about it. One of the best brands to get the jewellery from. Thanks a lot for sharing.