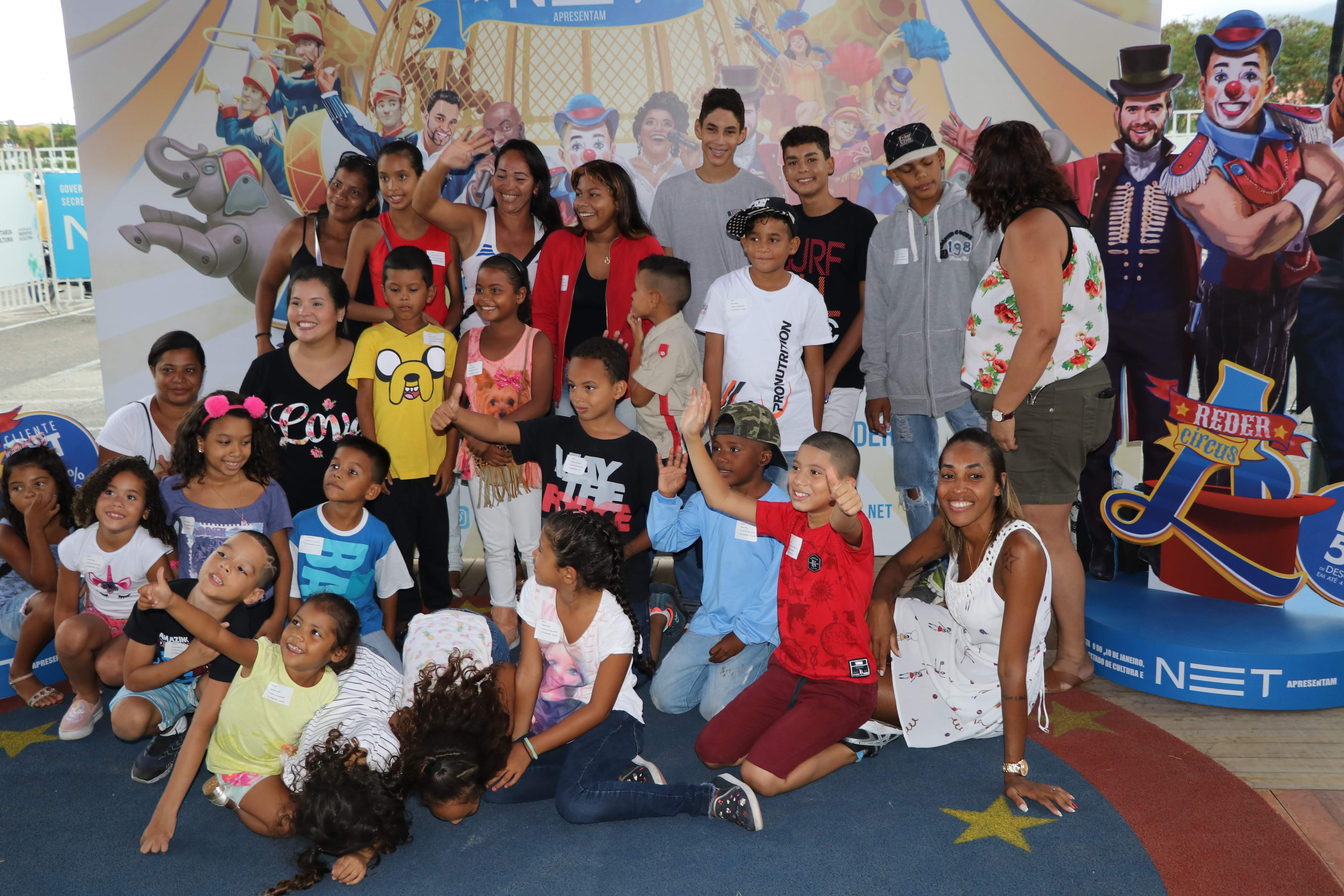 With their homeland in turmoil and their futures uncertain, this group of refugee children from Venezuela received a special visit from NOVICA Brazil for an unforgettable experience.

The circus band paraded into the large tent as audience members bounced in their seats. There were jugglers, mimes, and goofy performers to make everyone laugh. For a single afternoon, a group of 16 refugee children and four mothers were transported away from the difficult demands of life as a refugee and into the carefree world of the circus. It was a far cry from the reality they have known for the past four years.

As Venezuela continues to reel from an extreme socioeconomic and political crisis, millions have fled the country in fear and desperation. Two hundred thousand of them have entered Brazil—one third of whom are children.

When NOVICA’s Brazil office sat down to plan a Happiness Project, the list of deserving organizations was long. But at the top of that list was a group of refugee children who had endured the pain and hardship of leaving their homes behind and setting out for a future of uncertainty and unknown challenges.

What could NOVICA Brazil offer them in the face of so much turmoil? The answer was both simple and complex. An opportunity to momentarily forget the violence, insecurity, and threats that once filled their days, and instead, lose themselves to the freedom and joy of childhood. Where better to do so than the circus?

The children watched in wonder as the entertainers performed magic, acrobatics, and death-defying stunts. Their smiles, laughter, and amazement said more than their words could have. Because for that afternoon, life was all about play, fantasy, and the magic of the circus tent. 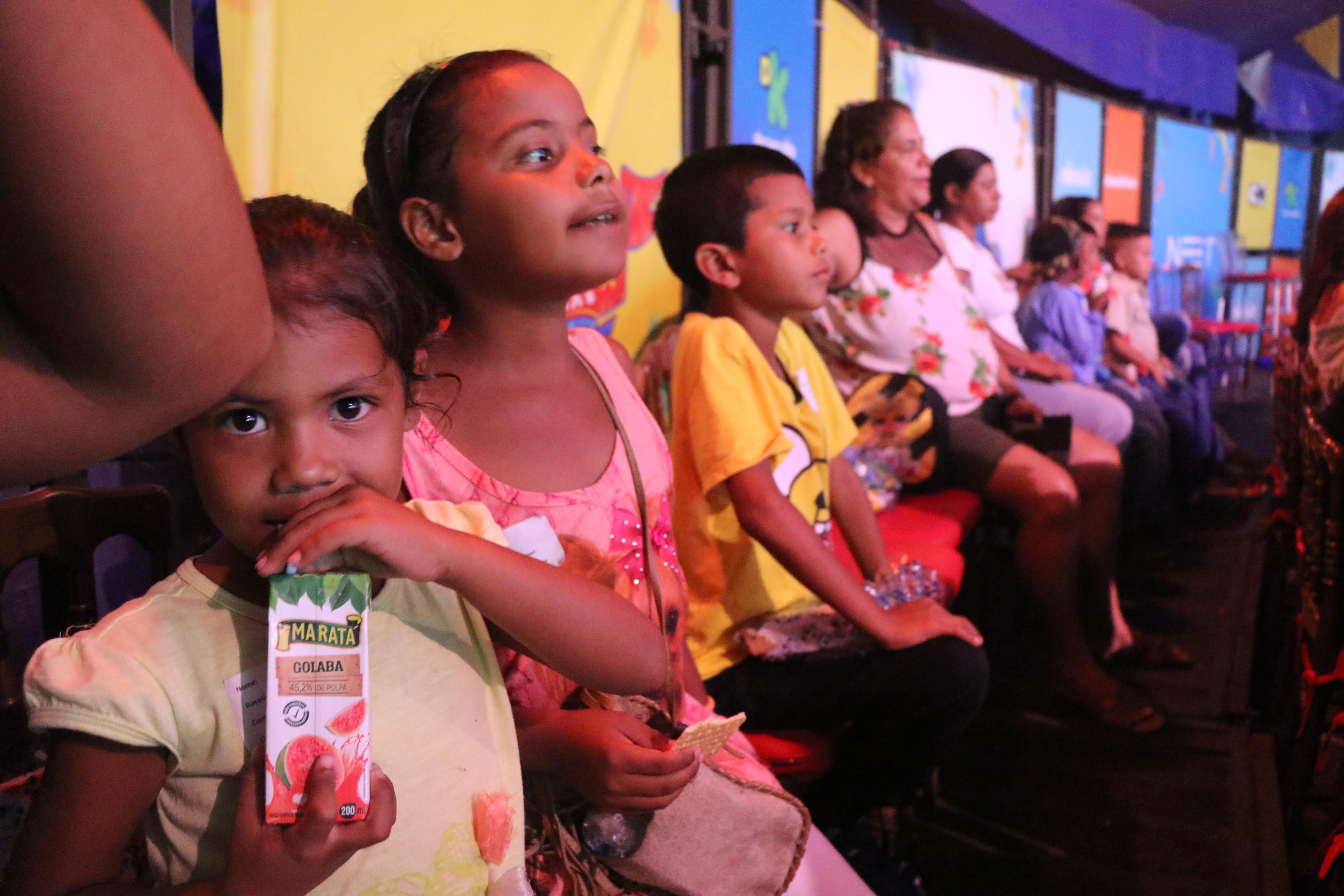 The children and their mothers returned home that evening, but there was more in store from the Brazil office. The next morning, team member surprised the kids at the refugee center with armloads of school supplies. Notebooks, pens, and pencils were followed by huge scoops of ice-cream.

For a refugee, heartbreak over leaving their home is compounded by an often unwelcome reception in a new environment. The NOVICA team in the Brazil office wanted to make it abundantly clear that these families were welcome, and also that their needs, wishes, and hopes were valid and supported. 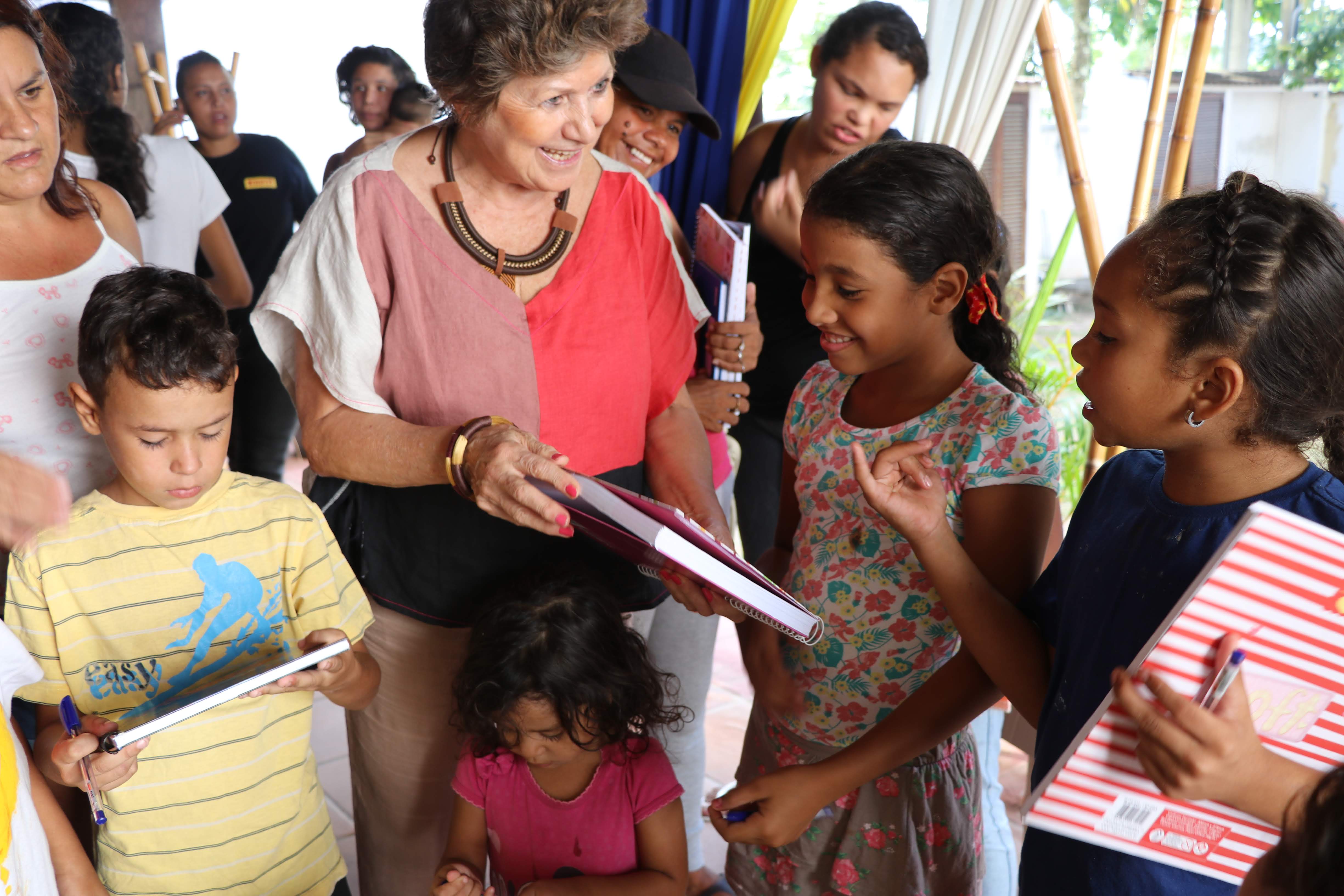 No child should have to forego an experience of childhood because political, social, and economic strife dictate otherwise. This Happiness Project set out to celebrate childhood, and judging by the heartfelt sendoff they received at the end of the day, it seems that they delivered.

Our mission is to spread happiness around the globe, and your purchases make that possible. Learn more about the work we’re doing and the projects we undertake in the name of happiness.