A quick search of the NOVICA storefront will yield many results for alpaca products. From clothing to tapestries to handbags, the alpaca truly has its thumb, er – hoof – prints all over NOVICA’s selection of artisan-created goods. One may wonder what, exactly, is an alpaca. Perhaps the interest is in HOW products are made. Whatever the case, the alpaca is truly a curious creature! 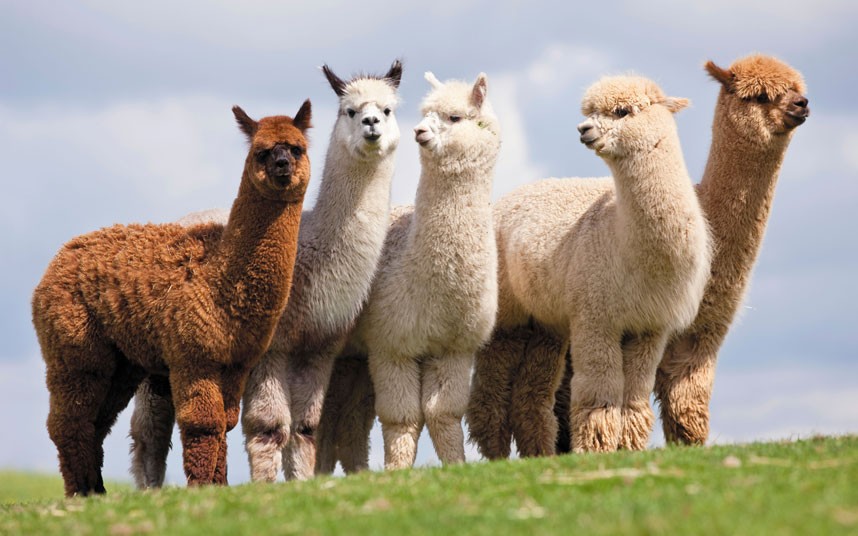 If you’re like most people, you may have heard the term “alpaca,” but you might be clueless as to exactly what they are. Many automatically associate the animal with its distant cousin, the llama. While not the same creature, they are members of the same family – the South American Camelids. By comparison, the alpaca is smaller than the llama but closely resembles it. This may explain the confusion some may have regarding the two.

Herds of the unusual creatures are found in South America where they graze on the Andes Mountains year round. They are simple to care for in that they require less food than other similar livestock. While they prefer grasses, they can survive on as little as scattered leaves.

The alpaca is a herd animal, much like the sheep. Like sheep, alpacas are valued for their wool. Taller than sheep, alpacas can weigh between 100 and 200 pounds and stand a little over 3 feet tall. Typically, there is one male to a herd of females, who will act defensively against other males and predators. Because of their aggression and their willingness to attack, they are often considered “guard dogs” for flocks of different livestock.

Although they have a reputation for spitting, alpacas are actually very clean. In fact, some of the camelids are able to be housebroken! Their tendency to relieve themselves in one place (sometimes called “the dung pile”) makes them ideal candidates for house training. An entire flock will relieve themselves in the same spot, reducing the mess in their territory and the spread of disease and parasites. 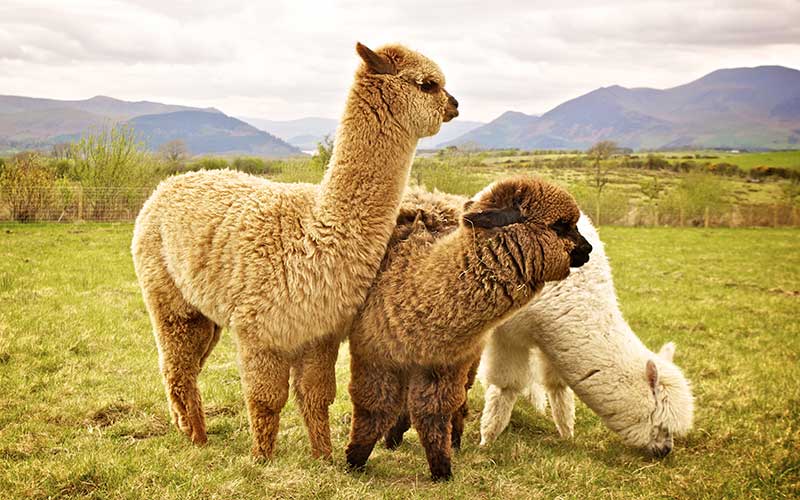 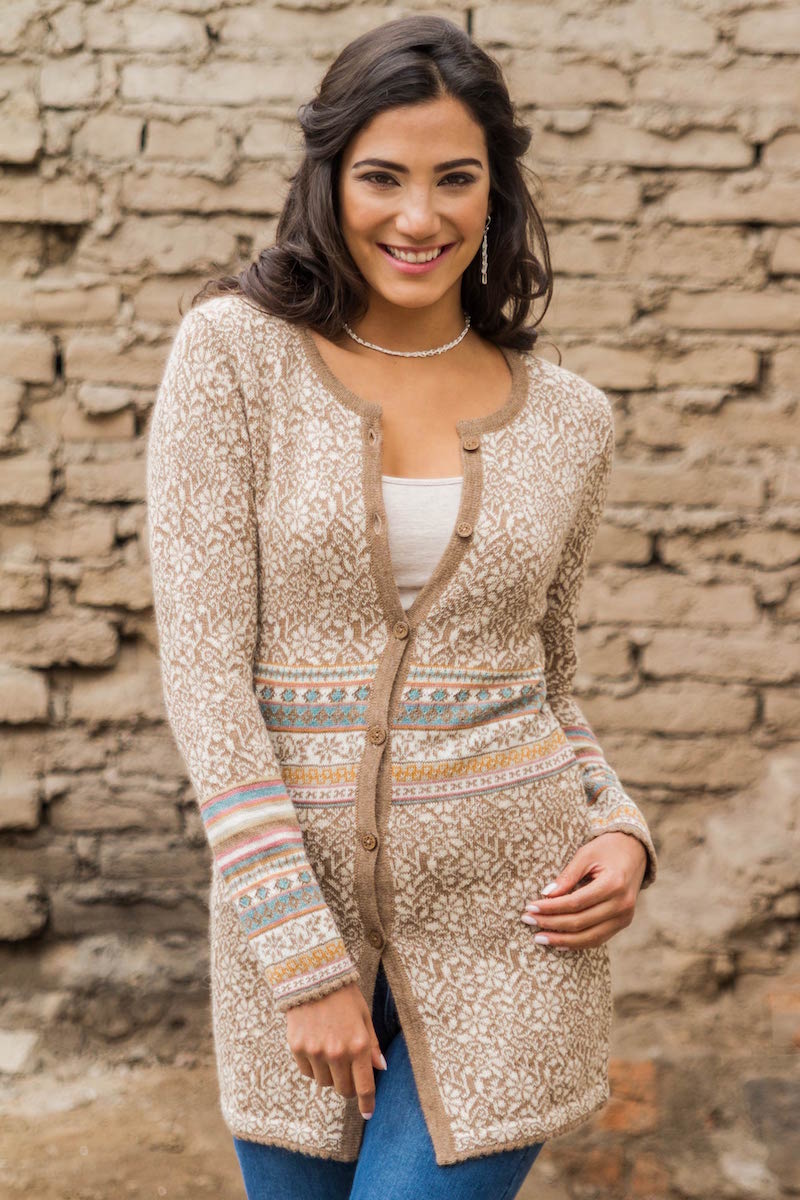 The fiber of the alpaca is so versatile for a few reasons: First and foremost, it is easily accessible. One animal can produce five to ten pounds high-quality wool at each shearing. When considering the entire herd, the amount of fiber adds up quickly! Another reason for the wide variety of products made with alpaca wool is the composition of the fiber. It is very glossy, unlike sheep wool. This makes it easier to work with and transform into different formats. The fiber is also very flexible. 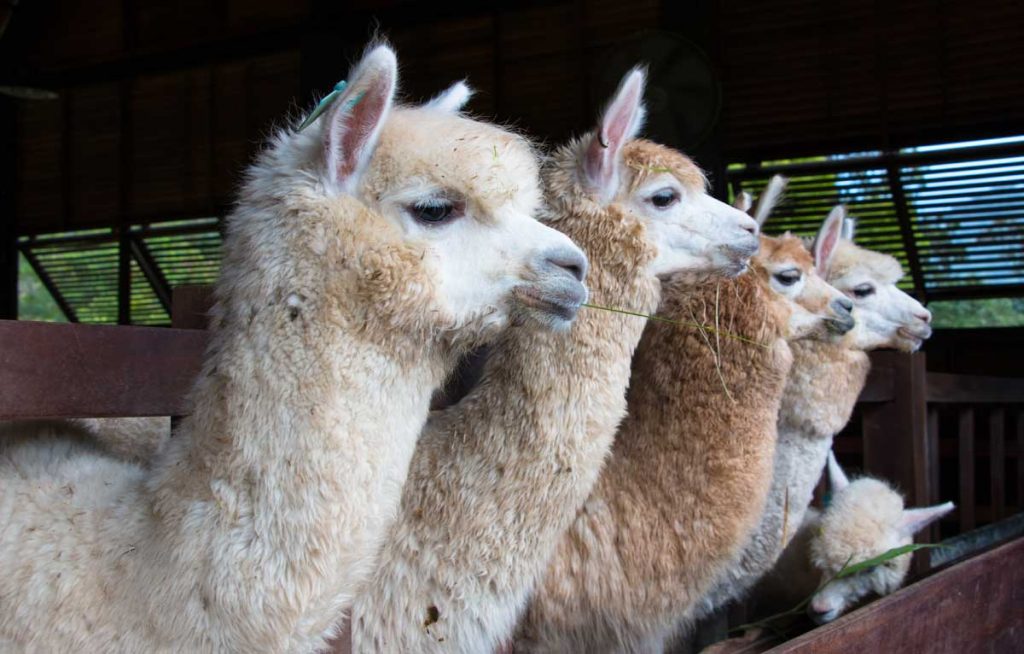 The alpaca is truly a fascinating animal with a large impact on local economies, artisans, and even gift giving a world away. Next time you’re in the market for a luxurious and unique gift, it may be worth looking into products linked to the alpaca!