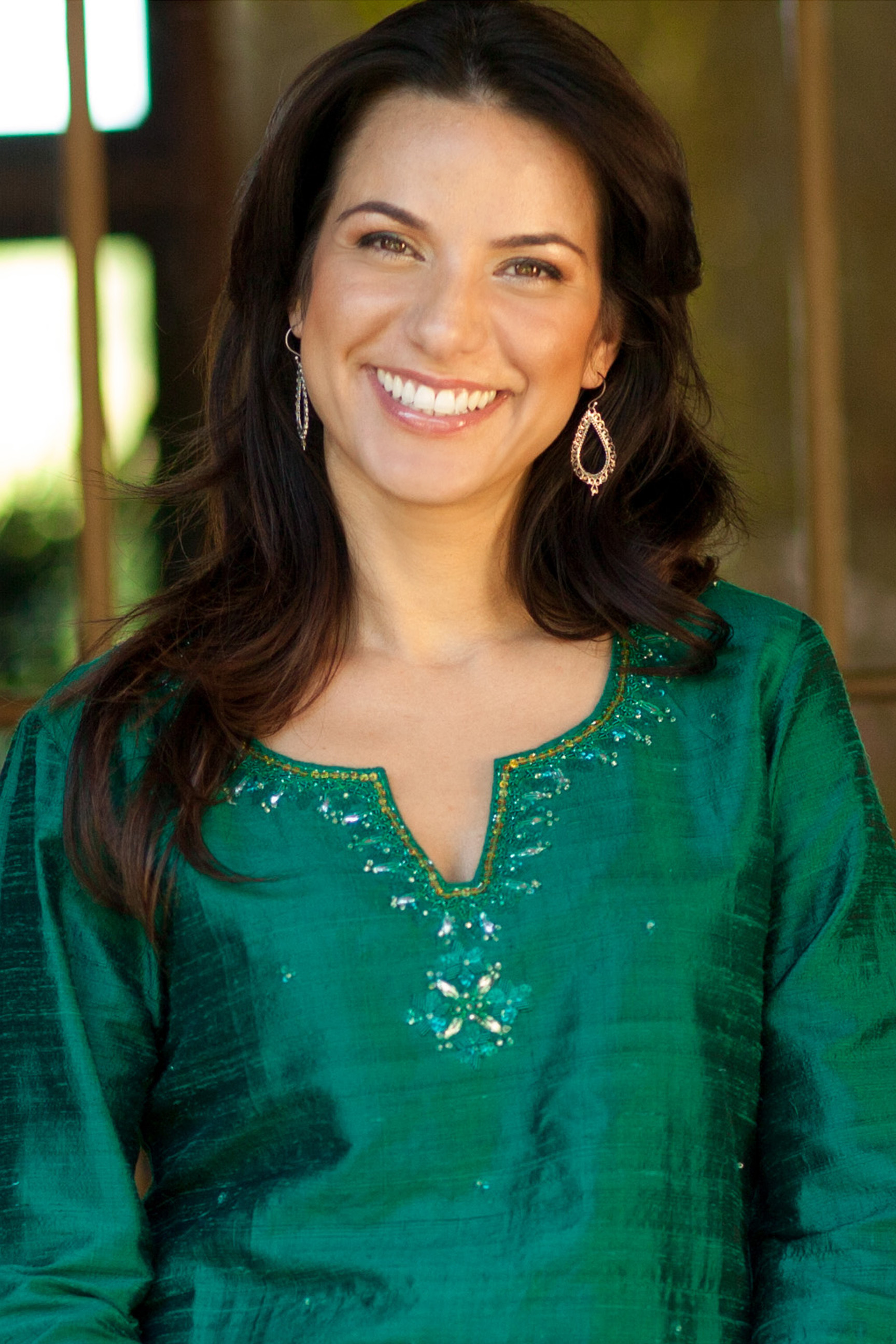 Like her mother, Armenia, Mina Olivera has always been a citizen of the world.

Born in Rio de Janeiro, Mina often traveled with her mother on U.N. business, spending years in Switzerland and El Salvador as a child and teenager, respectively. As the daughter of a U.N. human rights officer, Mina lived a childhood filled with beauty, drama, death threats, and plenty of politics. She speaks four languages – English, Spanish, Portuguese and French.

At 17 Mina traveled alone to California to attend college, where she met her future husband, Roberto Milk. Together with Rob and fellow co-founders Armenia, Andy, Charles, and Joe, she helped give rise to the idea of NOVICA.

“We want to change the world — to do something really powerful to improve people’s lives,” says Mina. “Growing up with a  mother who worked in human rights, I was exposed to many different social and economic conflicts. Yet I saw few real, lasting solutions. That is why we founded NOVICA: to provide business opportunities to artists worldwide.”

To ensure NOVICA’s success in its early days, Mina helped establish the high standards for sourcing that would become a company hallmark. Selecting only the most unique, top-quality goods from all over the world, she focused particularly on NOVICA’s complex jewelry offering, laying the foundation for the largest online collection of international artisan jewelry in the world.

You may also recognize Mina from her many appearances in NOVICA photo shoots, modeling as the face of the company – the fashion photographer being none other than her husband and NOVICA co-founder, Roberto Milk.

In addition to being a mother to 4 children, Mina now serves as the main spokesperson for NOVICA, helping to raise awareness of endangered artistic traditions and the need to empower the world’s artisans.

With the love of art that you’d expect from a NOVICA co-founder, Mina has also been involved in theater for most of her life, starring in her first professional play when she was only 15 years old. Since graduating with honors from UCLA’s School of Theater, Film and Television, she’s starred in, written, and produced several critically-acclaimed plays and films.

For all press enquiries or to arrange an interview with Mina, please contact our PR team.

[…] I could talk for many days about Mina. She was very special even when she was very young – and she has always been an artist and an […]