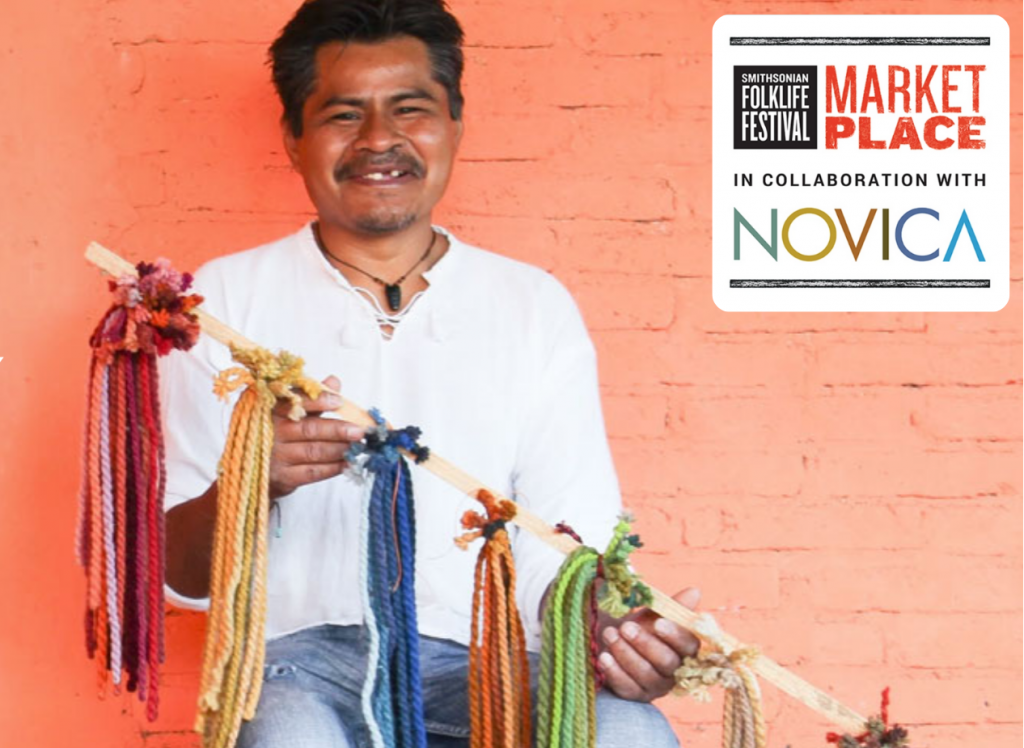 In September 2021, the Smithsonian Folklife Festival announced its new partnership with NOVICA United, Inc. to showcase artisan-crafted items from around the world. Smithsonian has recognized NOVICA as the largest impact marketplace, providing an online platform for global indigenous artisans and craftspeople.

In a news release, Smithsonian said, “Since its inception in 1967, the Smithsonian Folklife Festival has welcomed thousands of artisans from around the world to Washington, D.C.,” said Sabrina Lynn Motley, the Festival’s director. “This partnership with NOVICA marks a new and important chapter in our history. Our shared goal is to connect the Festival’s partner-artisans with a wider audience by leveraging NOVICA’s larger network in the craft economy.”

NOVICA’s CEO and co-founder Roberto Milk was quoted, “NOVICA is honored to partner with the Smithsonian Folklife Festival. It’s a wonderful opportunity for our artisans to connect with one of the largest cultural institutions in the world. The Folklife Festival’s commitment to sharing the power of creativity, culture, and community perfectly matches our mission to support and celebrate the work of local artisans and to provide vital income to their communities.”