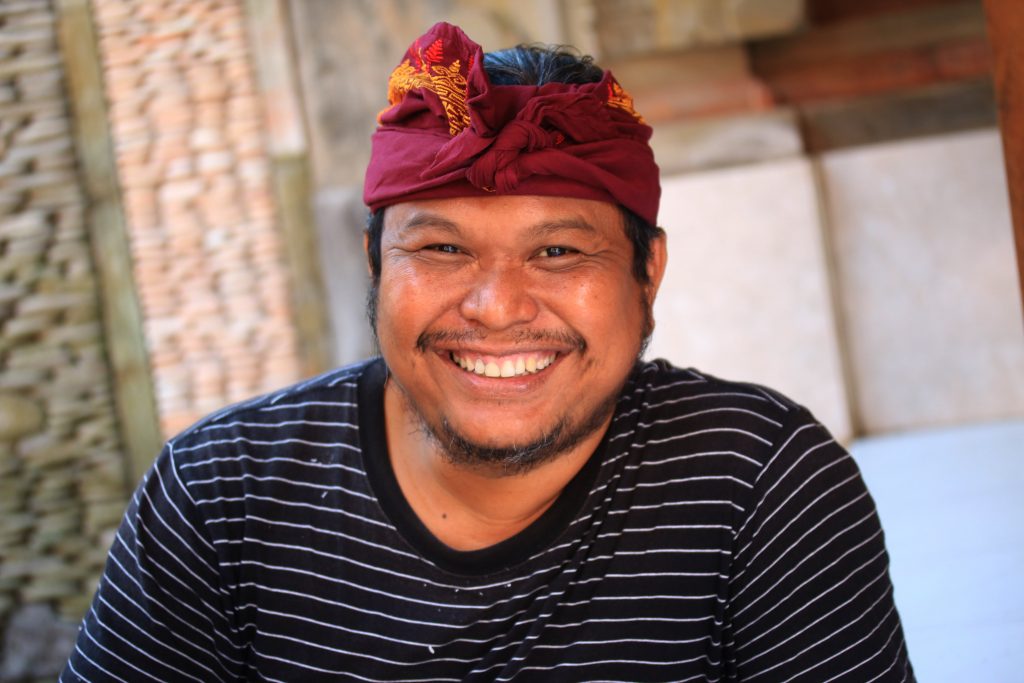 With his handcrafted silver bracelets, earrings, and necklaces, Wayan Buana shows the world the creative inner workings of his mind. In the process, he transforms the livelihood of his entire community.

It all happened by accident. He happened to be passing by. A friend happened to be walking out the door. If chance brought Buana to the NOVICA regional office in Bali, he can take credit for turning the lucky coincidence into a life-changing moment.

At the time, his situation was dire. His family had no home. His infant son drank only water, because the family couldn’t afford to purchase milk. The future was precarious as Buana traveled from one consignment store to the next, checking to see if any of his jewelry had sold to tourists. If it didn’t, they would go hungry. If it did, it might still take weeks, or even months, to get paid.

On that auspicious morning, Buana noticed the NOVICA sign even before he spotted his friend. Curiosity drew him in.

Most of us can’t pinpoint a specific moment in our lives when our fortunes change. Buana can.

Although he had already been making jewelry for 19 years when he stumbled into the NOVICA office in 2009, it marked a new beginning in his life. The next day he returned with a handful of his jewelry. One piece, a ring made from cow bone, called “Face of the Moon,” would become one of his biggest sellers in the NOVICA marketplace.

Perhaps it is fitting that this signature piece—the serene image of the moon’s face, with its eyes closed as if trusting in the universe—has become the symbol of Buana’s rise to success.

Today, he goes through the same motions he did all those years ago: he melts down raw silver, forges, sands, polishes, embellishes with granulation, gemstones, and silver wire. But everything is different.

Now he pursues his craft in his own workshop; he regularly employs thirteen silversmiths from his own community; he has built a home for his family; provided an education for his children; and dedicates his time to nurturing his creativity. In fact, he’s so busy with NOVICA orders he has had to stop selling his jewelry offline.

When asked what else he hopes for, his answer is clear: “It’s enough for me to feel content and be grateful each day.”