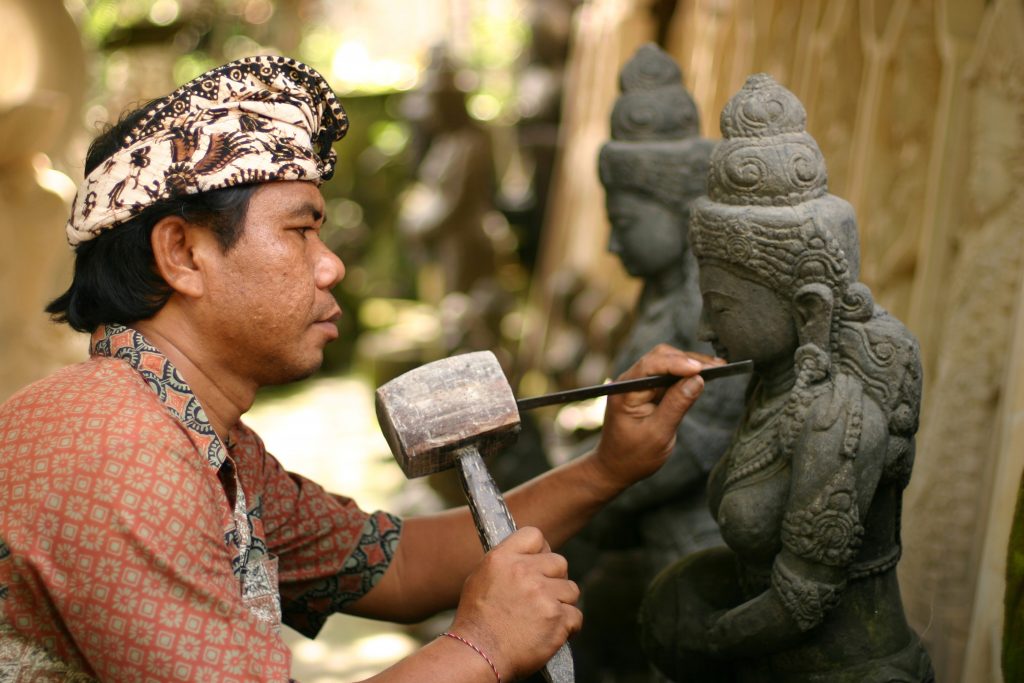 What it says about global artisans, cultural preservation, and the values we uphold

Way up in the highlands of Peru, there’s an annual day marked by local festivals that recognizes the importance of artisans and the handicrafts they produce. Novica CEO, Roberto Milk, happened to be there in 1999 to experience one of those festivals, and it left a lasting impression. Years later, that festival would inspire an entire movement, an effort to create a day of global recognition for artisans and their unparalleled contributions to the preservation of culture.

On April 18, that day of recognition will finally arrive, and Novica is spearheading the charge to make it official on calendars across the globe. Roberto sums it up perfectly when he says, “Artisans are uniquely essential to every culture – they are the keepers of our arts.” It is artisans who serve as a living memory of traditions, practices, and crafts that are fast disappearing.

Weavers from Teotitlan still shear the sheep, spin the fleece, and dye the wool with flowers, plants, and bark. Jali carvers in India still practice the techniques of their parents and their parents’ parents when they transform soapstone into decorative objects in the tradition of their ancient Mughal ancestors. A mask-maker in Ghana preserves the past through his stunning creations, earning himself the honorable title of “Official Carver for the King of the Ashanti.”

From Balinese jewelry makers to Brazilian glass blowers to Thai ceramicists and beyond, we discover an entire world of artisans, working by hand with patience and mastery, to uphold culture and history through art.

In the face of mass production, factory lines, middlemen and commodification, it is not enough to quietly honor these artisans. If we value handmade, time-honored tradition and cultural preservation, World Artisan Day is essential. Roberto says, “Although international calendars are filled with annual recognition days for many diverse professions, somehow, until now, artisans – the visionaries so central to our cultural identities – have been overlooked.”

This is why it was so important to establish WorldArtisanDay.org, a global platform where artisans, organizations, and the public at large can post and share information about events, fairs, and festivals that honor artisans around the world. In the same way that Earth Day enjoys its home at EarthDay.org, artisans now have a permanent global platform online.

“We are thankful NOVICA is pursuing a calendar initiative to create a global World Artisan Day, specifically recognizing and celebrating artisans for their contributions to humanity,” said Sabrina Lynn Motley, director of the Smithsonian Folklife Festival, one of the most internationally respected exhibitions in the world. The Smithsonian Folklife Festival is committed to preserving the world’s “living cultural heritage,” and for two weeks every summer, the Folklife Festival on the National Mall in Washington, D.C. pays homage to the incredible work of recognized masters.

For their own part, Novica’s eight Artisan Empowerment Hubs around the world will host events in the days and weeks leading up to April 18. From West Africa to Guatemala, India to Brazil, artisans and those who love them, will celebrate together.

When asked what this day will mean to them, the artisans express it best. Claudia Hernandez, a basket weaver in Guatemala says, “NOVICA’s plans to establish World Artisan Day fill me with pride – with the satisfaction of knowing that our artistic contributions will be officially remembered by future generations each year.”

Benjarong porcelain artisan, Panida Tamjun, in Thailand expressed a similar sentiment: “I am extremely honored to know that World Artisan Day is coming. This day honors us, but it also honors the diverse arts and cultures we represent. Today, very few people aspire to work as artisans, sadly, in part because our importance in society has been increasingly overlooked. This is in contrast to other important professions and days of recognition that are already officially recognized, such as Teachers Day and Veterans Day.”

In Mexico, Teresa Ojeda discussed the impact of World Artisan Day recently while carving and painting elaborate alebrije sculptures at her studio in Oaxaca. “Establishing World Artisan Day will help ensure the survival of our arts, our family traditions, and our cultural inheritance,” the artisan said.

As Novica prepares for World Artisan Day on April 18, we acknowledge that change does not come about all on its own. It is ushered in on the backs of hardworking, committed individuals who demand that we open our eyes, that we stand by our values, and that we work together to create the world we want to see.

Join the movement by celebrating your favorite artisans at WorldArtisanDay.org.
Share on social media, “Celebrating World Artisan Day by recognizing <name of your favorite artisan> of <the country they live in>! Include a link to their artisan detail page on NOVICA.com, their fair trade portal for sharing their work.