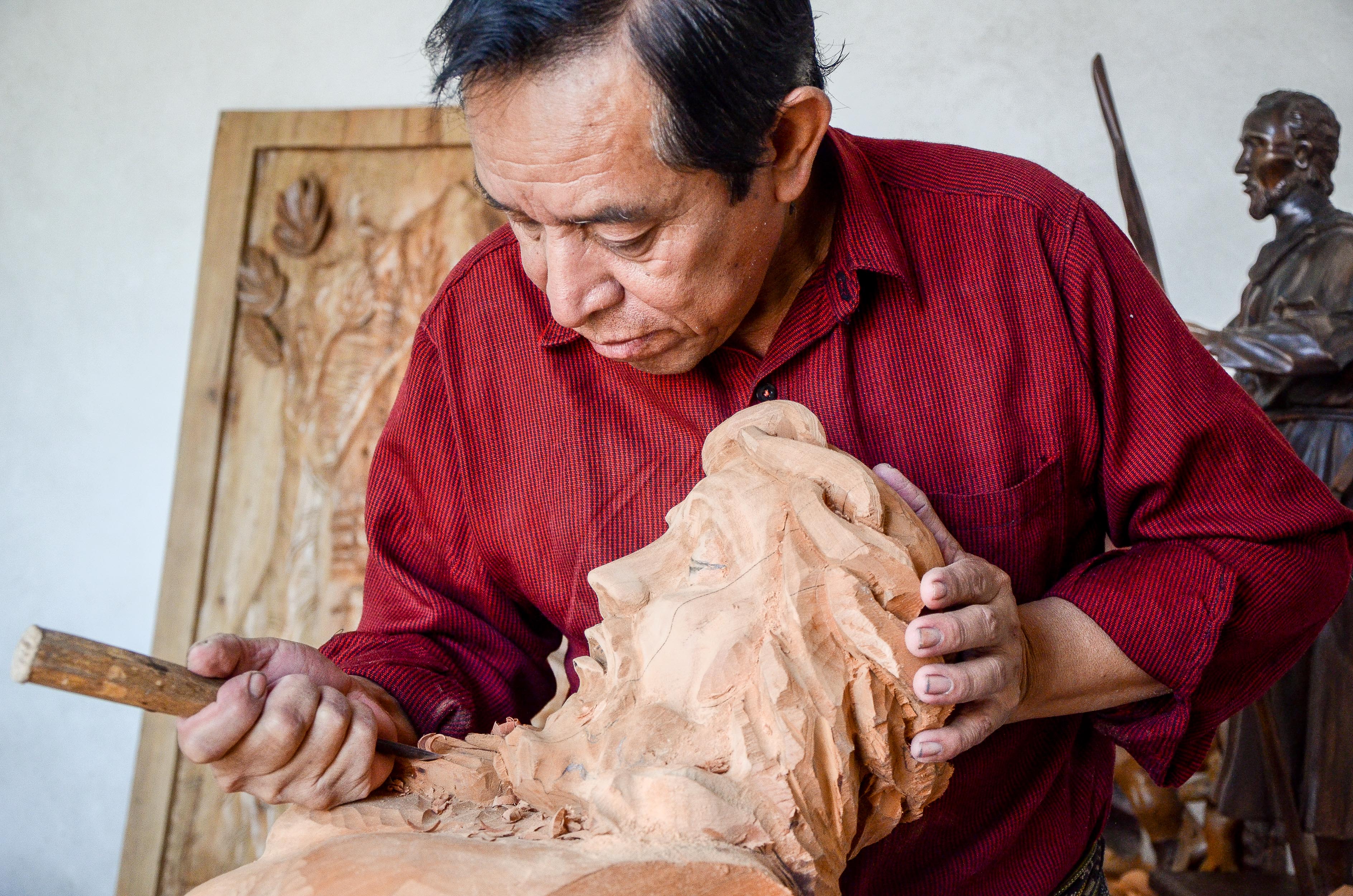 Nicolás Chavez Sojuel has tales of violence, persecution, assassination and hiding. But this sculptor found a way to channel his stories into his art. Now he’s sharing it with the world.

It was dark. There was little moonlight and the night sounds were interrupted by Nicolás’ rapid breathing. He had to escape but there were soldiers nearby, guarding the area. He didn’t understand how he was able to get out of the latrine where he spent who knows how many hours, up to his knees in filth. The same inner voice that had encouraged him to leap out and escape now told him to run between the hills. Stumbling over stones, pushing aside the branches that scratched his face and arms, he begged God to let him get home. This is how the sculptor was able to save his life after he was kidnapped by the army during the civil war in Guatemala.

He became a person of interest for the army when he began to help the parish priest sculpt a retablo for the altar of the church in Santiago Atitlan. The priest, who was originally from Oklahoma, saw a great need among the people of the town. He decided to help them in different ways and, because of this, he and Nicolás were persecuted for as long as the civil war lasted. The priest was assassinated; Nicolás was more fortunate. 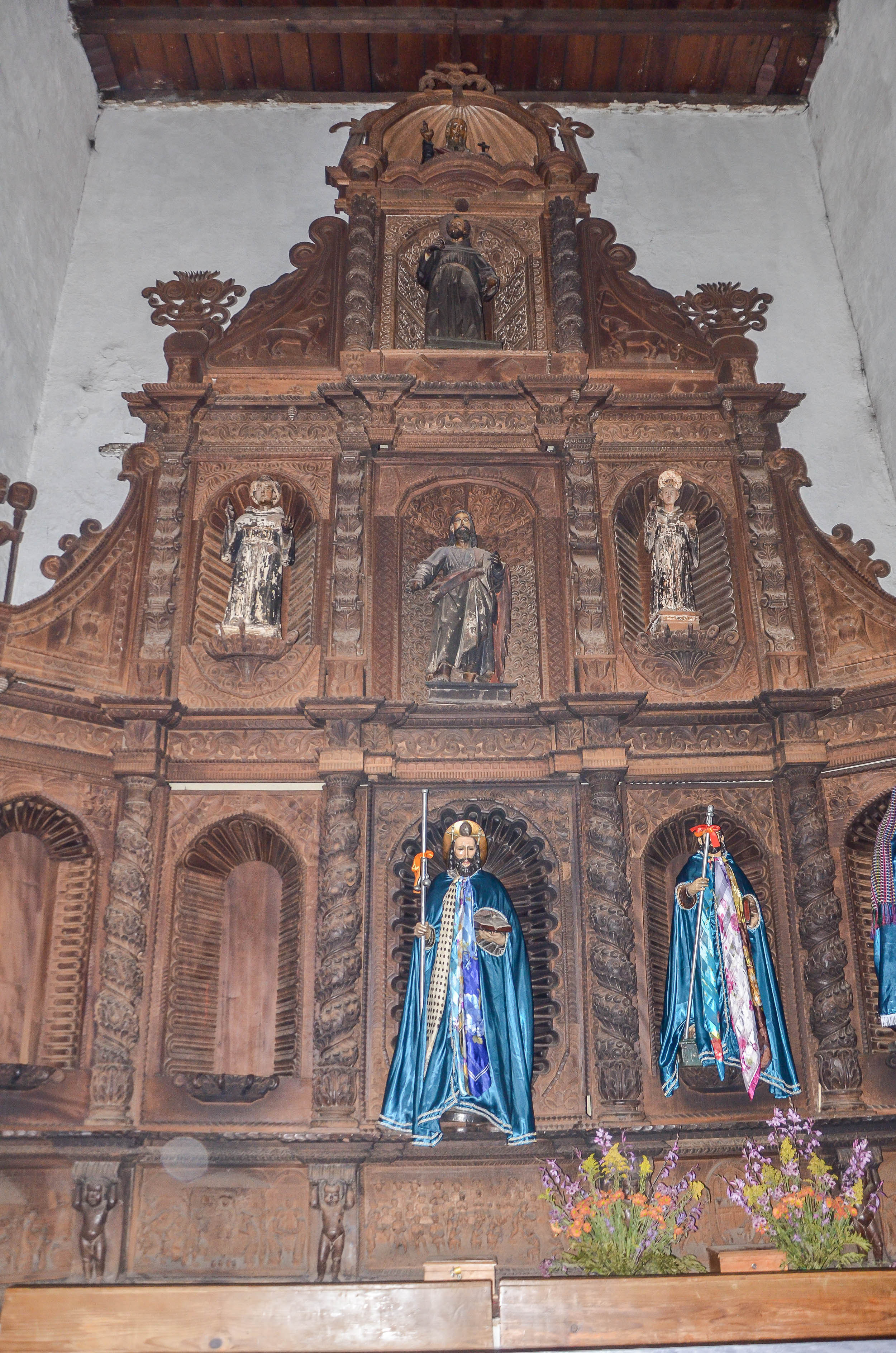 Nicolás Chavez Sojuel’s father was the first sculptor in his hometown of Santiago Atitlán. From him, young Nicolás began learning the art of wood carving at the age of seven when his mother was gravely ill and his father spent his time taking care of her. These first sculptures helped put food on the table, both for himself and for his brothers and sisters. The townspeople began to admire the young man’s work when they visited the parish church and orders from other churches came quickly.

Nicolás was 22 when he found himself forced to live hidden in his parents’ home. He couldn’t step outside at all because the army was still looking for him. He had to craft his own tools and, for the next 13 years, he carved wood sculptures that are beautiful works of art. Today, they are the legacy of his dedication and suffering. 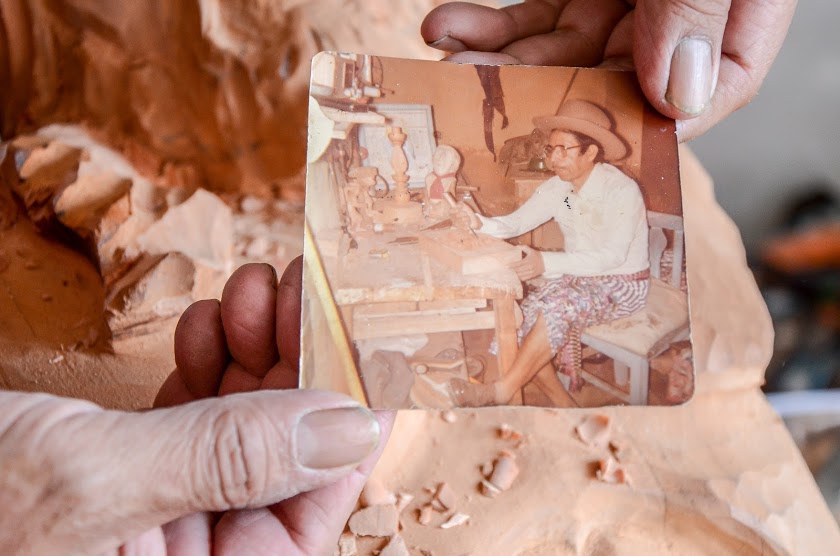 Over those years, Nicolás was a witness to the tragedy the conflict brought to his town. Those most affected were the children who were orphaned, and he let them stay in his home and taught them a craft. “That’s why you see many wood carving artisans here. All of them continue working in wood as I taught them to do,” he says with pride. Amid whispers, in hiding, he gave them a home and a profession so they could succeed in life. Since then, Nicolás has dedicated his life to using wood to portray his dreams. He is an exemplary teacher, a talented artisan, even with unhealed wounds from the torment he experienced. Now, at the age of 59, he works with a passion for what he does. With his crafting skills and his charisma, he is well known in Santiago Atitlán. But Nicolás doesn’t want to stop working until his sculptures are known beyond Lake Atitlán. 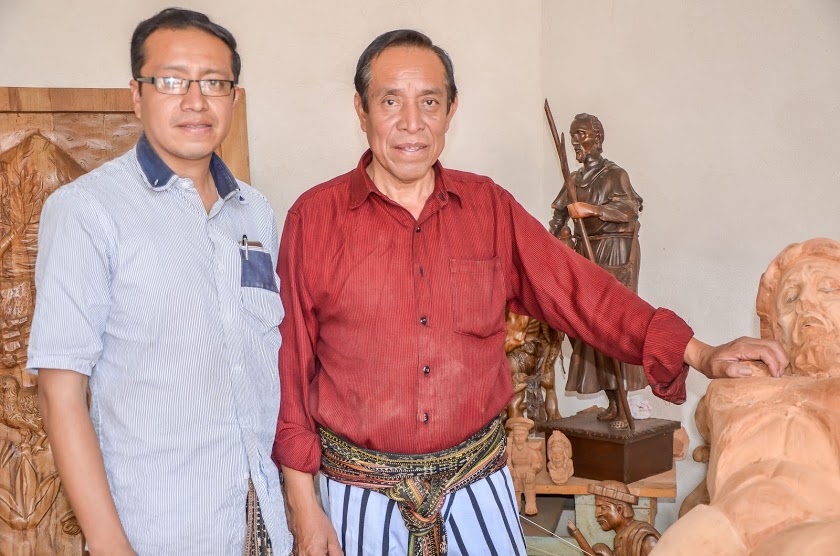 In his workshop, with the sound of sandpaper against the wood, Nicolás carves a sculpture of Christ. With delicate movements and close attention, with devotion to his profession, he gives life to a piece of dried wood. In his hands, it becomes a fantastic creation, worthy of admiration the world over. And this is what NOVICA has brought to his life. 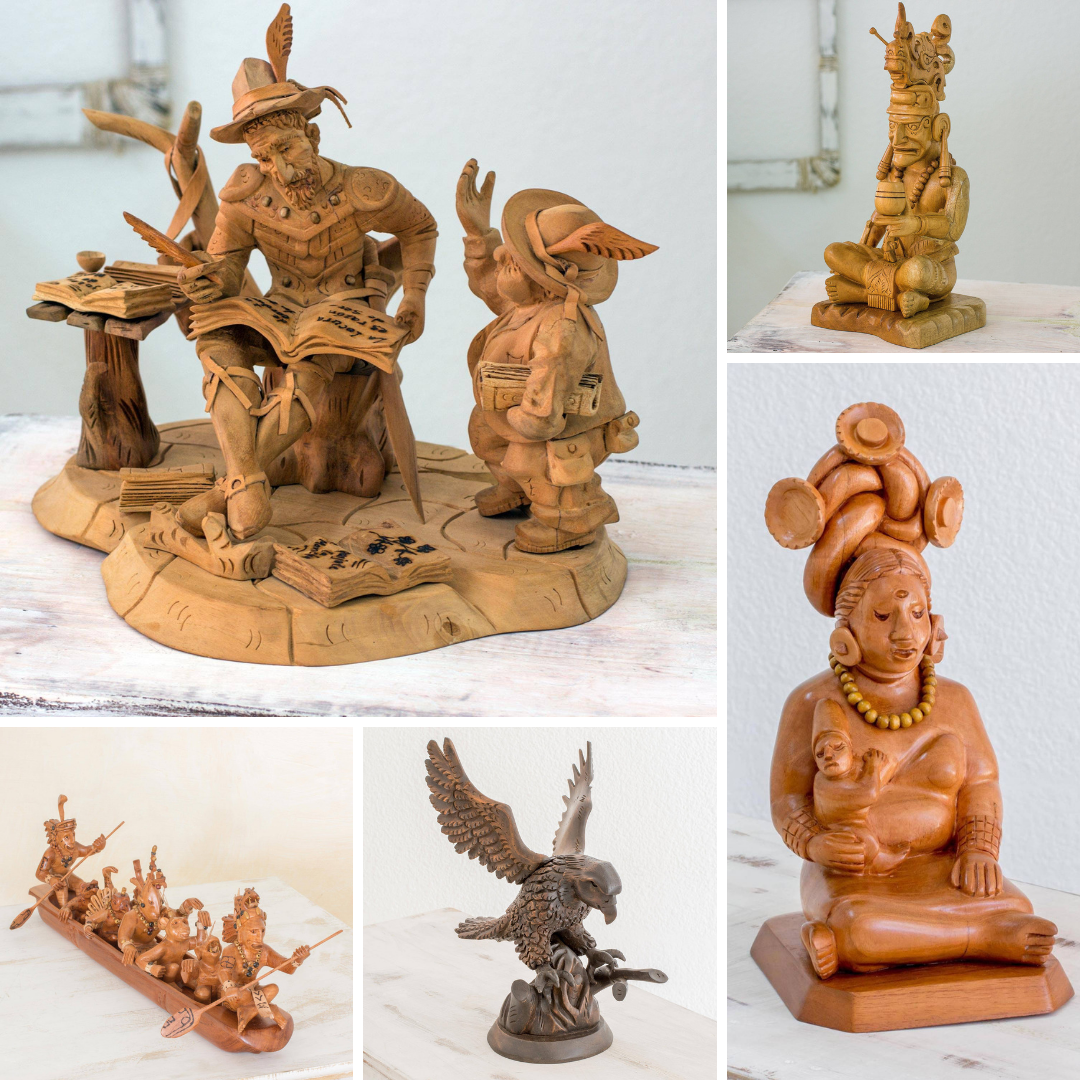