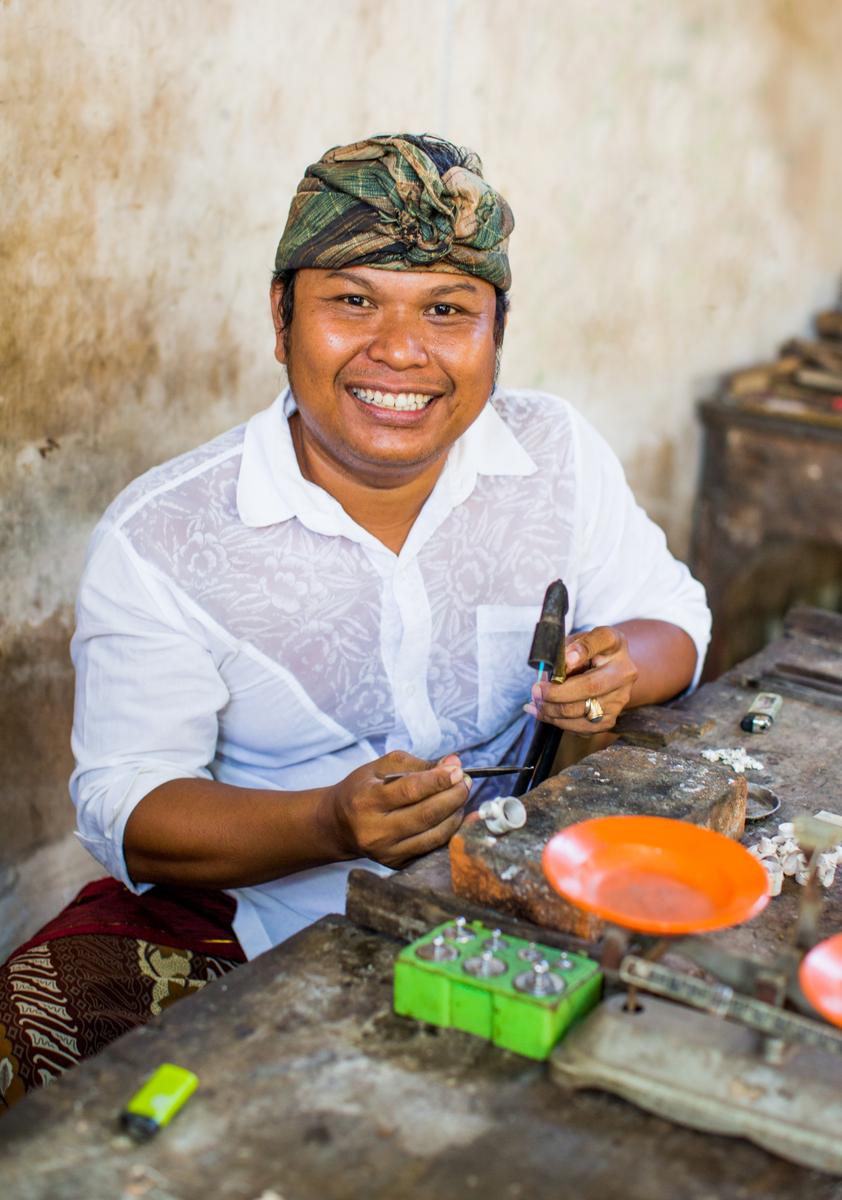 When you walk into NOVICA’s Bali office, jewelry artisan Buana is very often one of the first faces you see. His picture is on the “Artisan Wall of Fame” there, indicating that he has sold a lot of his rings, necklaces and bracelets that particular month. Month after month, year after year, Buana’s picture hangs on that wall… In fact, when you total Buana’s sales over the years, he is easily one of NOVICA’s best-selling artists. He currently employs 28 of his neighbors and family members, and proudly built his workshop from the ground-up, on land that he owns himself.

While Buana’s smile is big these days, his life before NOVICA was quite difficult. So how did he do it? We sat down recently with Buana and asked him about his journey and inspiration (answers are via translator). 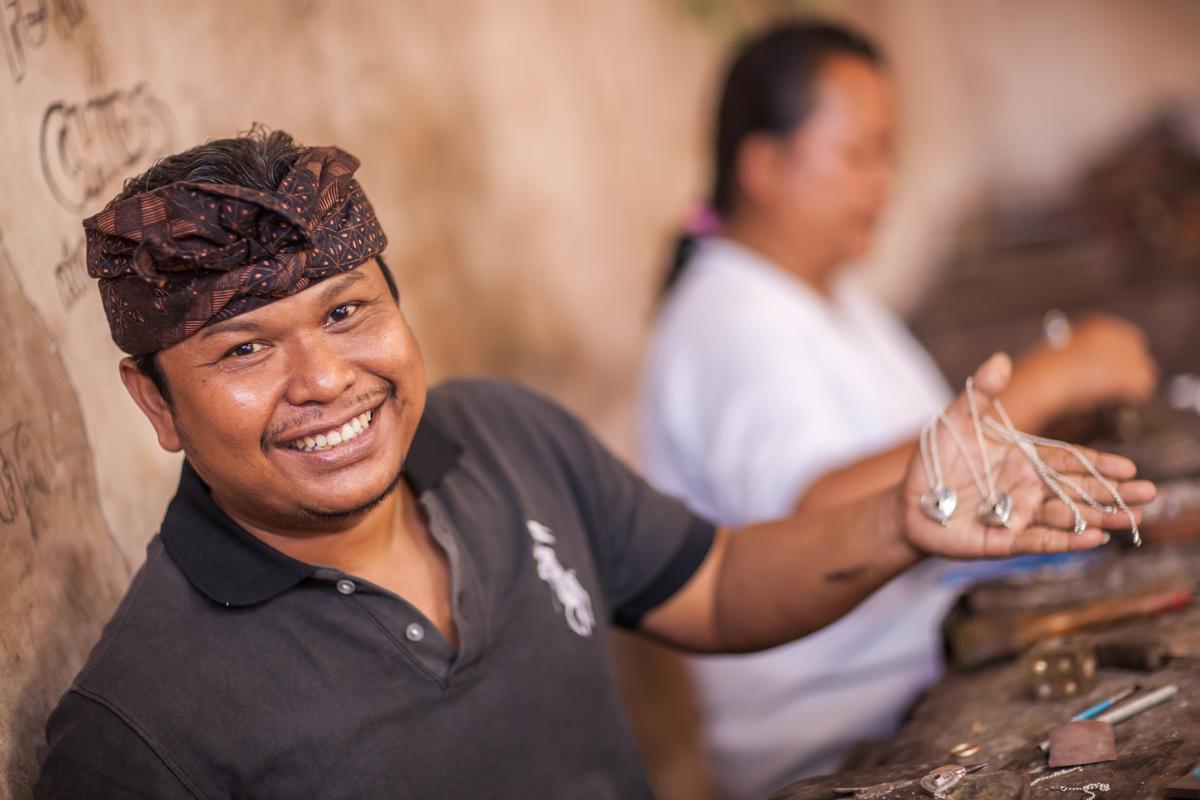 Q. What did you do before joining up with NOVICA?

A. ‘Before NOVICA, I sold my jewelry door-to-door in tourist areas. I sold my necklaces and rings to tourist stores that then resold them. If the jewelry didn’t sell, I didn’t get paid. Or if they did sell, sometimes I wouldn’t get paid until weeks or months later. It was very hard. I also didn’t get feedback. For instance, I would make a lot of a certain type of necklace, and I wouldn’t hear back for months if it was actually selling at the stores. If it didn’t sell, then I didn’t have an income and basically had to start over.’

Q. How did you find NOVICA?

A. ‘I saw the sign for NOVICA and was curious what it was. I talked to another jewelry artist who was coming out of the office and asked him what it was. That was 6 years ago.’

Q. How did you build up your business?

A. ‘At first, I brought in my entire jewelry collection to Regina (Bali’s Regional Manager). Regina looked through the jewelry I made and told me what customers would buy on NOVICA. If a particular piece wouldn’t sell, she told me why and how to improve it. I took her suggestions and added new designs and new materials. The feedback was very quick, so I had a chance to learn. My business grew pretty rapidly. I was eager to stop selling to the tourist stores and to sell to NOVICA.’

Q. Tell us about your family…

A. ‘I have two kids. My boy is a high school and my daughter is in 6th grade. Before NOVICA, my wife and I were planning on just having one child because of our finances. We had enough trouble sending him to school, so we thought having another child was out of the question. But, my wife unexpectedly got pregnant again. We definitely struggled for a while. Thankfully, I am now able to provide for both kids. My son is planning to go to college soon. He wants to work on a cruise ship after school. My daughter wants to continue making jewelry with me – hopefully!’

Q. You employ 28 people.. how does your NOVICA sales impact your community?

A. ‘When I sell a lot of jewelry, I’m able to give my neighbors and family members more jobs to do. Thankfully, the work is pretty regular these days. I give bonuses to my silversmiths when their work is especially good and when the jewelry sales are strong. I also often buy the school books and clothes for my silversmith’s kids.

I still owe the bank money for the land that I built my workshop on, so I’m trying to pay that back now. I’m also investing money into buying more silver and gemstones so I continue to sell to NOVICA’s customers.’ 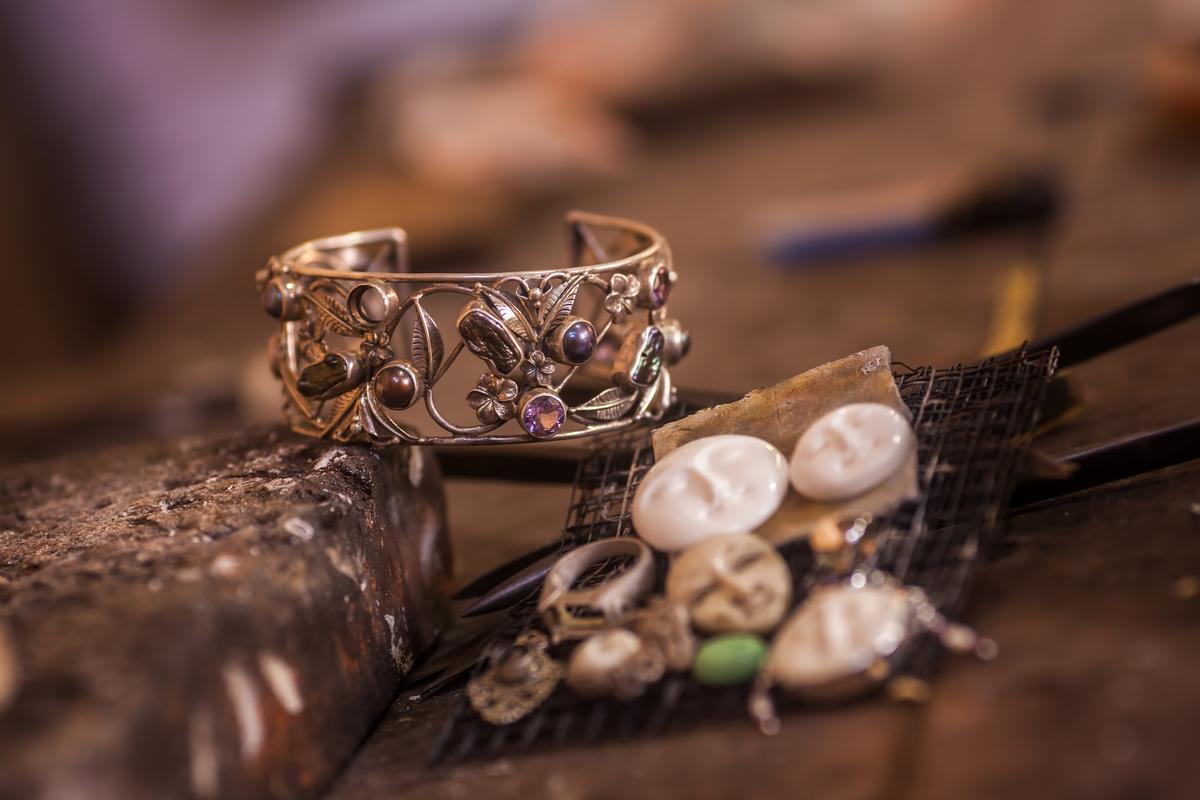 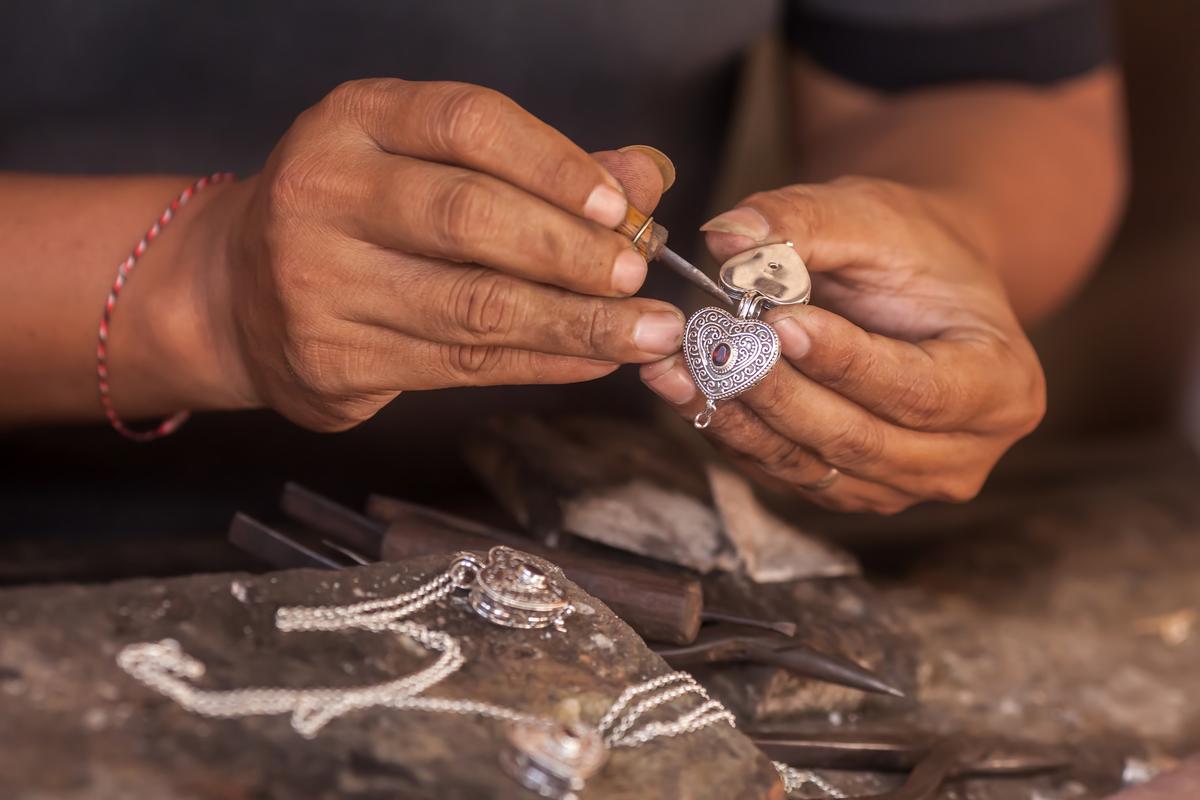 Buana currently has 218 jewelry items listed on NOVICA.com. His prices range from about $30 into the $100’s.

I just purchased a ring from Buana’s collection, the pink mabe pearl heart ring, and I received it so quickly! It is beautiful and I love it! I’m proud to wear it. Many thanks to Buana and his team for creating such beautiful things. And thanks to NOVICA for bringing them to us.