To understand immigration, we need to understand the root causes that motivate people to leave their homes and travel to a different country.

Immigration typically occurs in response to natural or man-made catastrophes. In the past, major waves of immigration have occurred during times of famine (like the Irish Potato Famine), religious persecution (the Pilgrims), armed conflict (the revolution in Iran and the civil wars in Syria, El Salvador, Nicaragua, and Guatemala), lack of economic opportunity (two million Italians in the 1900s, three million Germans in the 1860s), and horrific events (such as the Jewish victims of the Holocaust).

When one lacks security and opportunity, the most compelling choice is often to escape.

We are currently witnessing this in Central America. Faced with extreme danger and total lack of opportunity, tens of thousands have fled their Central American homelands in search of a better and safer life for themselves and their families.

Not all have left, however. Some have found pockets of opportunity and hope in their own countries.

NOVICA strives to become a beacon of light for artisans throughout Central America, providing opportunity and hope where there is none.

One of our central tenets is for artisans to thrive. Of the hundreds of artisans actively working with us in Guatemala over the past five years, not a single one of them has left for the U.S. Why would they? They have opportunities at home.

Of the artisans NOVICA works with, over 50% have at least one family member in the U.S., which could make immigration an attractive option.

Arturo Aj Canil is one of them. 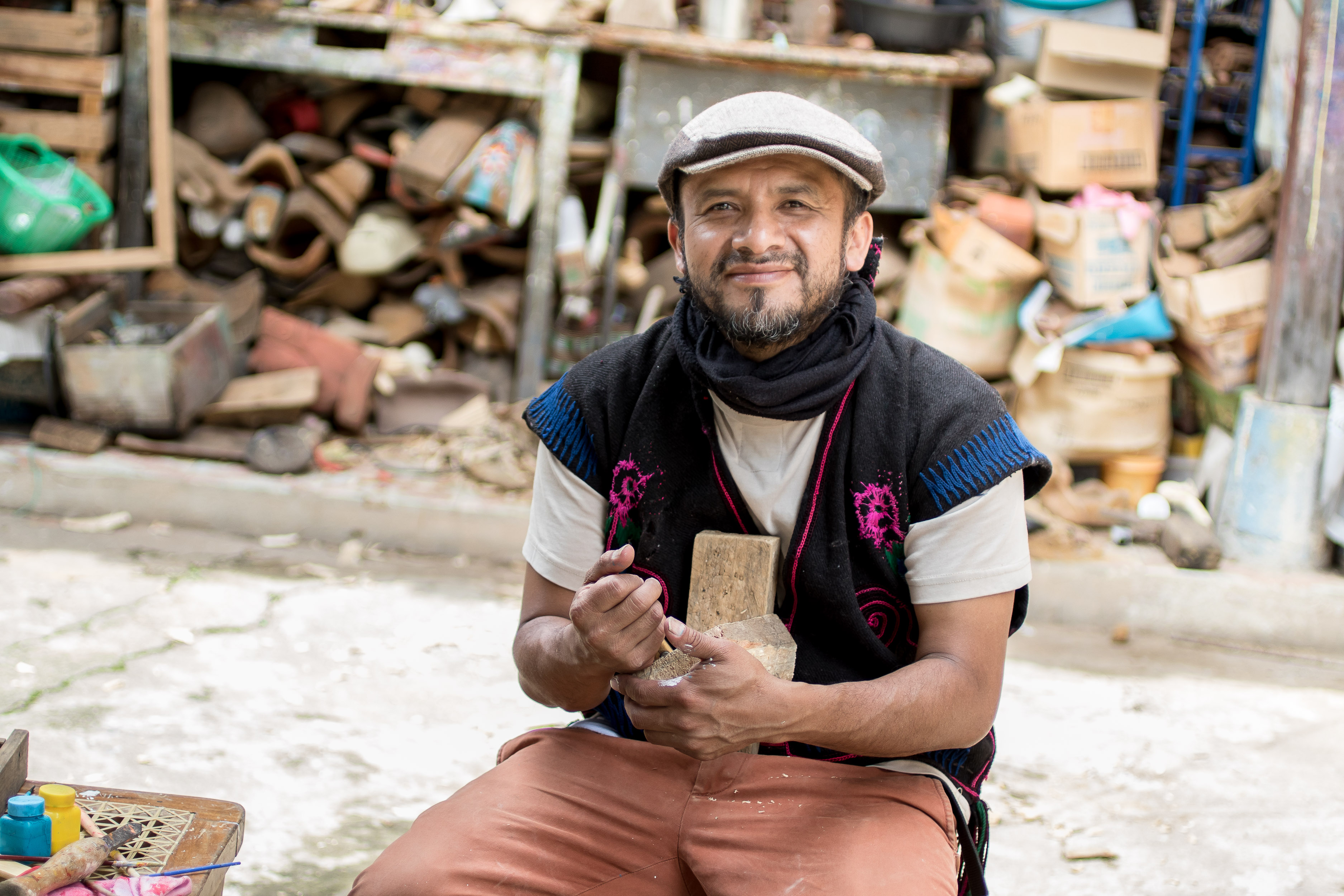 Almost 20 years ago, his older brother called from the U.S. and asked Arturo to join him. At the time, Arturo was a struggling woodcarver in the highlands of Guatemala. He had a committed girlfriend, they wanted to start a family, build a house, and they dreamed of a better life. But they had nothing.

Reflecting back on that time, Arturo says, “During all these struggles, one day I stopped for a moment and decided to venture off and join my brother. It was a very difficult choice, but looking back I think there was no other choice for me. It was either take my chance in the north or struggle forever here.”

He describes his experience crossing the border and the ever-present fear that haunted him on his journey into the United States. “The only thing that gave me peace and kept me going was thinking about why I was doing this, a chance for my family and a better opportunity.”

Arriving in the U.S. was a dream come true. His brother helped him secure a job, then a second job, and finally a third job. He says, “I was working 12 to 15 hour days. Every day I started early at the restaurant, then I’d run over to the clothing factory, and after that, I would clean houses.” Although the labor was hard, Arturo was committed to doing whatever was needed. “I came to work and make money, I was going to do it no matter what.” 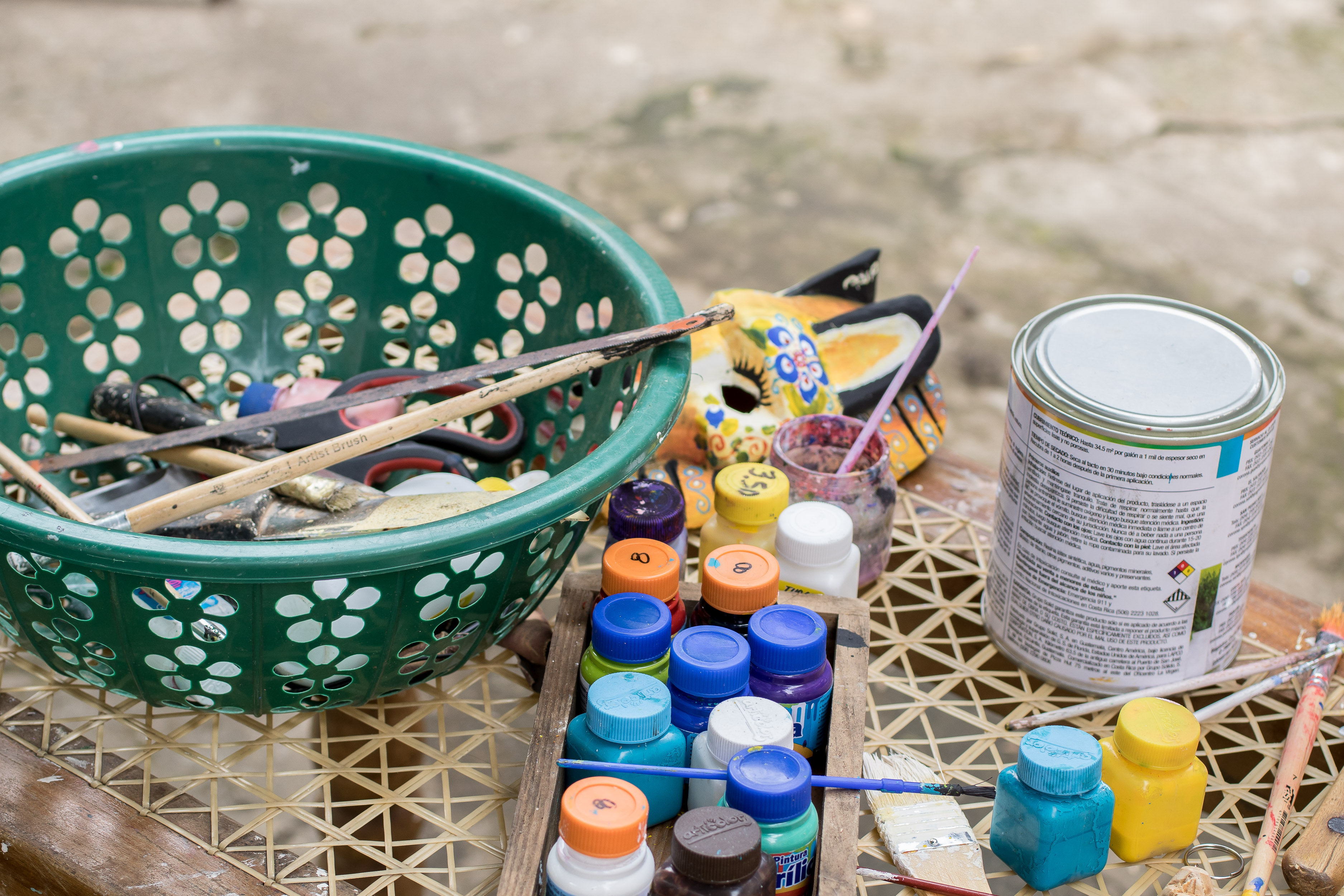 At first, he remained connected to his family back home. He would call his parents and his girlfriend once a month but as their lives continued to diverge, it became harder and harder to make those calls. Not only was he afraid that his calls were tracked and that he would be deported, the internal struggles were even more threatening.

“I got so lonely at night,” he recalls. “Then I met the wrong people, and I started drowning my loneliness, stress, and fear with alcohol. It was the only way I could escape this life.” While he was able to earn a living in the U.S., life across the border was not at all what he had dreamed it would be.

In the place of his deep and meaningful connections to family, he found a new, destructive relationship with alcohol. “I’m really embarrassed to admit, but alcohol became my daily companion,” Arturo says with watery eyes. “After that, I started drifting apart from my family. I didn’t call anymore and I even lost contact with my brother, even though we lived in the same city.”

When Arturo did finally reconnect with his brother, he was shocked by the way Arturo looked. This was a catalyzing moment. Out of fear for Arturo, his brother began looking for ways to send him back to Guatemala. As Arturo explains, it “was the only way he could save my life.”

After four years of living in the US, away from his family, girlfriend, and friends, Arturo returned to Guatemala. It was 2000, he was 27 years old, and everything seemed lost–his dreams, his relationships, his sense of self. 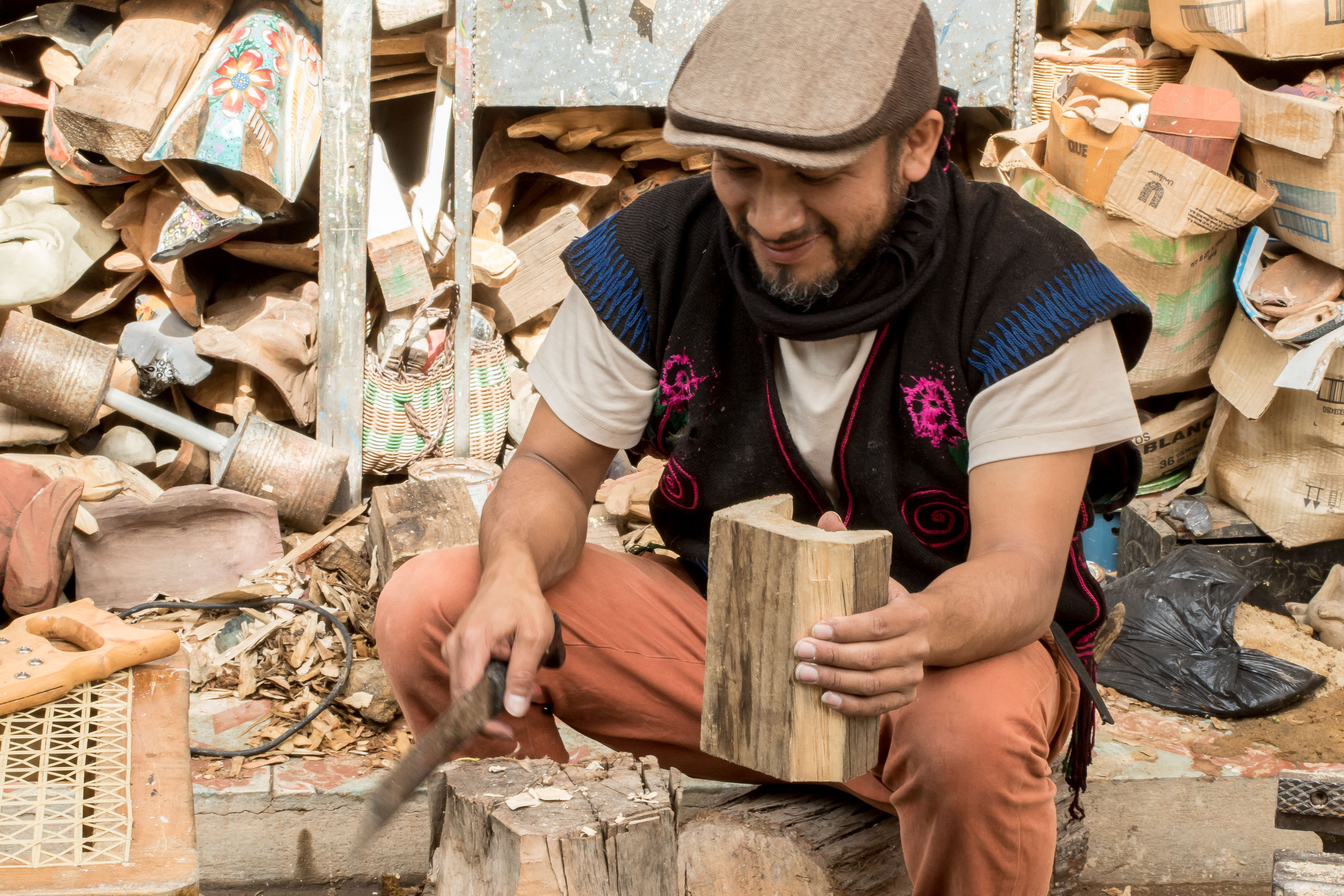 He hadn’t carved a piece of wood in over four years, and he worried that he would never recover the skills he once had. What he needed most was patience, but he was filled with despair.

His girlfriend, Maria Clara, describes him in those dark days after his return. “Arturo was a totally different person when he came back, I didn’t have any idea of how to help him, he was completely depressed. It was hard to see how much he had changed. I knew I had to do something to help him. I’ve always been a religious person and I was able to convince him to come with me to church. It wasn’t easy but giving up was not a choice for me.”

Arturo’s father also contributed to his son’s healing by giving him back some wood carving pieces he had kept while Arturo was away. Arturo is convinced that those pieces would have been used for the cooking fire had his father not handed them back at that critical moment. It was this gesture that brought him back to being an artisan. He forced himself to finish those carvings, which would become his first real sculptures. 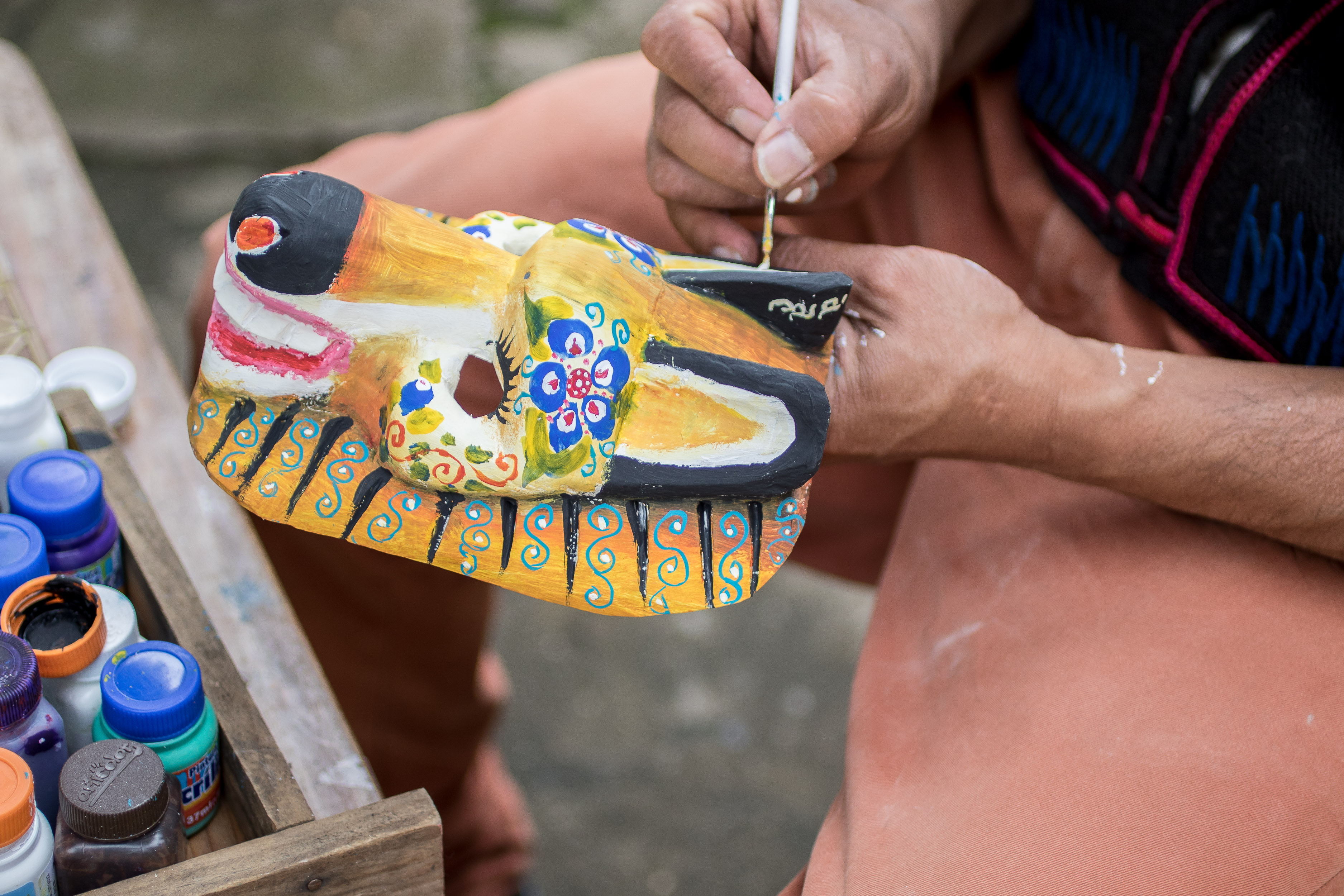 The road to recovery was arduous but Arturo and Maria Clara decided to marry anyway. A year later their daughter was born. Young Ana Maria became a ray of light that shined deeply into their home, reminding them of their lost dreams and their desire to do better. Ana Maria was like a new beginning as if they were reborn with her.

Today, Arturo has five daughters and a son. “They are the reason I get up every morning and try to do it better than yesterday,” he says. “They are my hope and my dream, Ana Maria, Melany, Roselyn, Nelly, Sofía, and Arturito are everything to me. I know that the man I’ve become today wouldn’t have been possible without the love and company of Maria Clara, she’s the love of my life and has been with me in my darkest moments. She never gave up on me, and never doubted my potential, even when she was the only one that could see it.

Nowadays Arturo hopes to inspire young men and women, showing them that there are ways to triumph over the vices and struggles that are all too common now.

When asked if he would immigrate to the U.S. now, Arturo does not skip a beat. “I wouldn’t go back,” he says. “Here, I have everything I love. I dream of giving my children the education necessary for a good job so they don’t have to take the risk of going to another country. It’s why I put love and dedication into each sculpture I make so that my family can have a better future.”

Arturo serves as a powerful example of strength and fortitude. “Even though around us there may be a lot of obstacles, we can overcome them,” he says. “It all depends on our attitude and perseverance.”

He also reminds us that, when there is opportunity and hope, immigration no longer offers the most compelling option for survival.