It’s almost summertime and that means discovering a new hobby for you and your family to share. At NOVICA, we recommend learning the instruments of the Andes. Why the Andes? With such a festive, heritage-rich region, beginner-friendly instruments and music fun for the family, we wouldn’t recommend anything else!

To best experience the music of the Andes, you and your family will need the Charango and Ronroco guitars, the Andean panpipes, and the maracas.

The Charango guitar family is believed to have originated in one of the highest cities in the world, the city of Potosi, Bolivia. Prior to the arrival of Europeans to the Americas, regional music consisted of wind and percussion instruments along with festive and ritualistic singing and dancing. However, the Spanish Conquistadors brought with them an ancestor to the guitar, known as the “vihuela de mano” (hand-lute), which the natives quickly remade into an instrument of their own. Using local resources like the shell of the armadillo, and the preferred rhythms and melodies of the locals, Charangos evolved into a family of instruments including the prized Ronroco, a slightly larger guitar with more body and brightness to the sound. (Shopping tip: can’t decide between the Charango or the Ronroco?  Spend some time on Youtube checking out the exciting videos featuring both instruments and choose the one with the sound you like best.) . 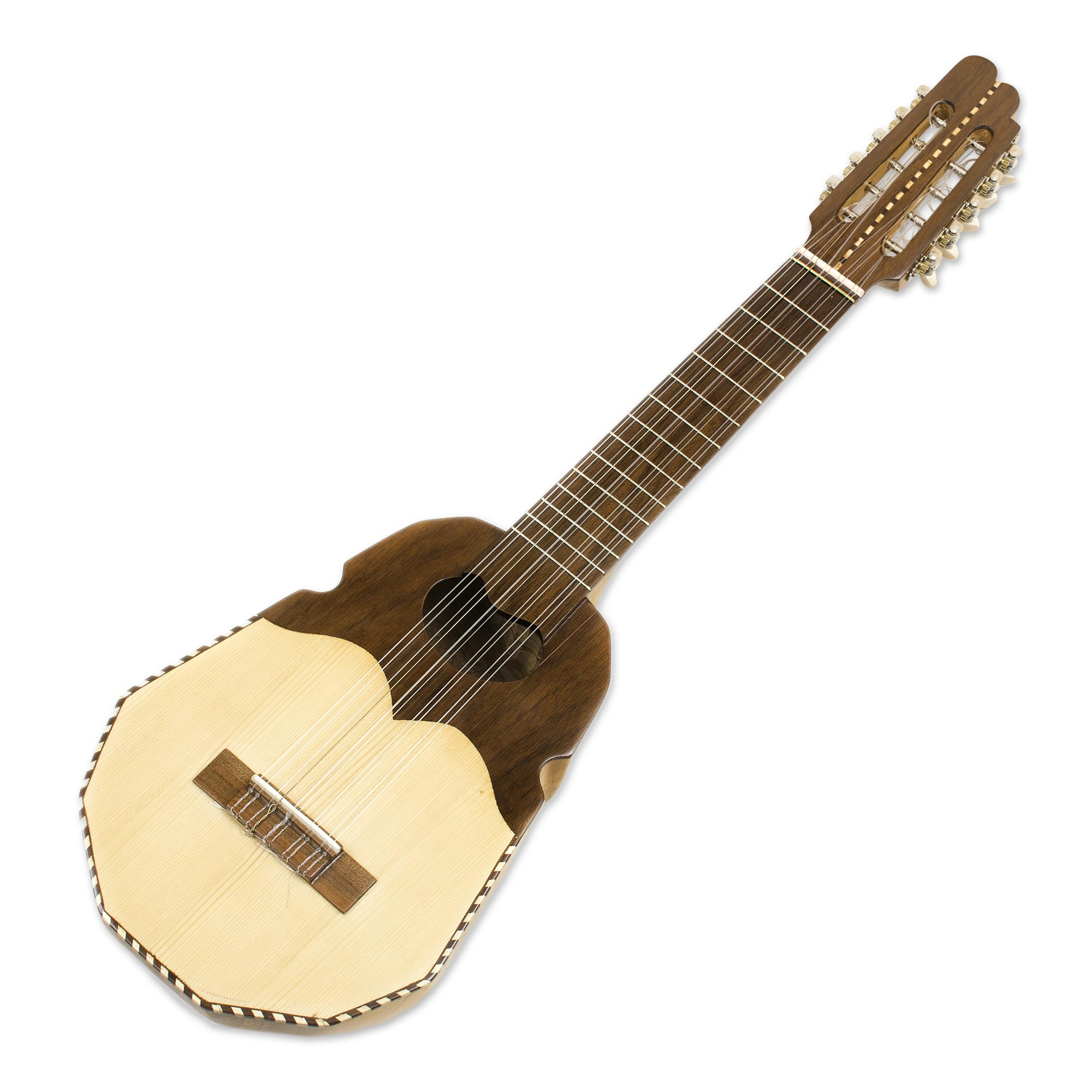 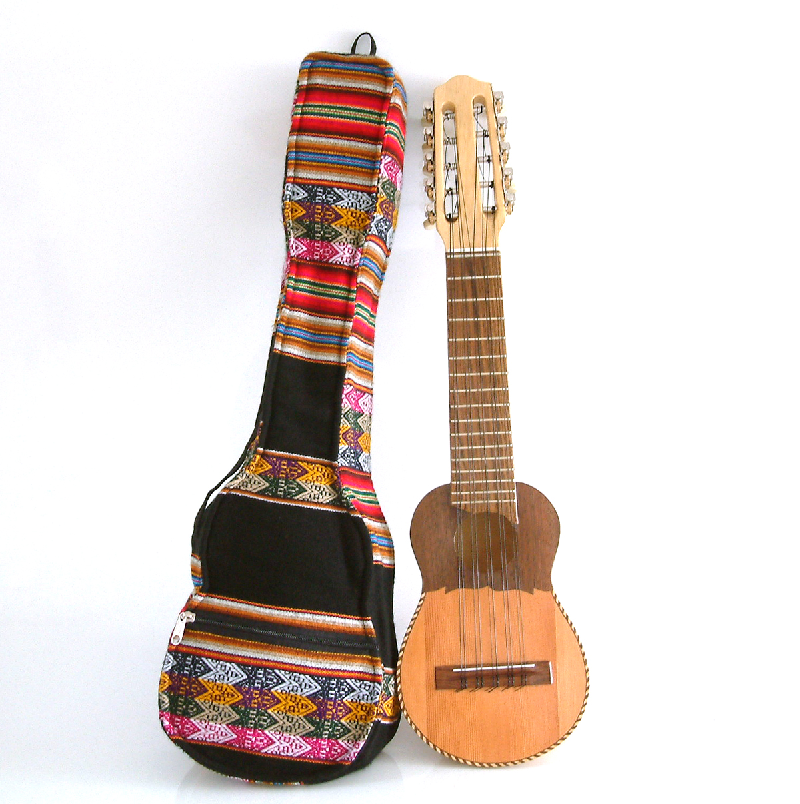 The panpipes originated in many variations across ancient civilizations all over the world. The story of how the panpipes were named dates back to the mythology of Ancient Greece. The god of nature, Pan was tending his flocks in Arcadia one day when he saw and immediately fell in love with the beautiful nymph, Syrinx. Upon seeing Pan, who was not quite so beautiful (very ugly in fact), Syrinx fled in terror and cast herself into a river where she transformed into a bed of marsh reeds. Pan, arriving at the riverbank, found no nymph and wept in sorrow. However, as the marsh reeds swayed in the wind, Pan heard a beautiful sound. Wanting to keep the sound for himself, Pan gathered the reeds, cut them into pieces, and bound them together to create the pan flute, or the Syrinx as it’s known in Greece. Other variations include the Paixiao dating back to 11th century BC China, the Ngororombe of 13 century Zimbabwe, and even the pan flute of ancient Egypt that Cleopatra’s father is believed to have spent all of his time playing (at the expense of being Pharaoh!)

At Novica, we prefer the Andean panpipes, locally known as the Siku or by its Spanish name as the zampoña, the zampoña produces a beautiful airy sound with a characteristically hollow depth. It is also one of the earliest known panpipes and dates back to 4200 BC in Cahuachi, Peru. These flutes, along with much of the world’s food supply (corn, potatoes, beans, tomatoes, sunflowers) originated in the Andes and slowly spread across the Americas, with the panpipes reaching as far north as Canada. 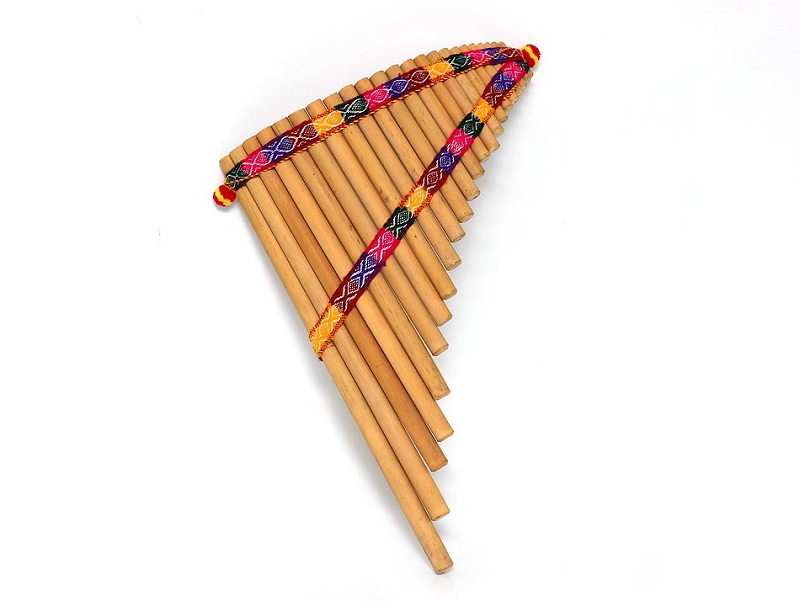 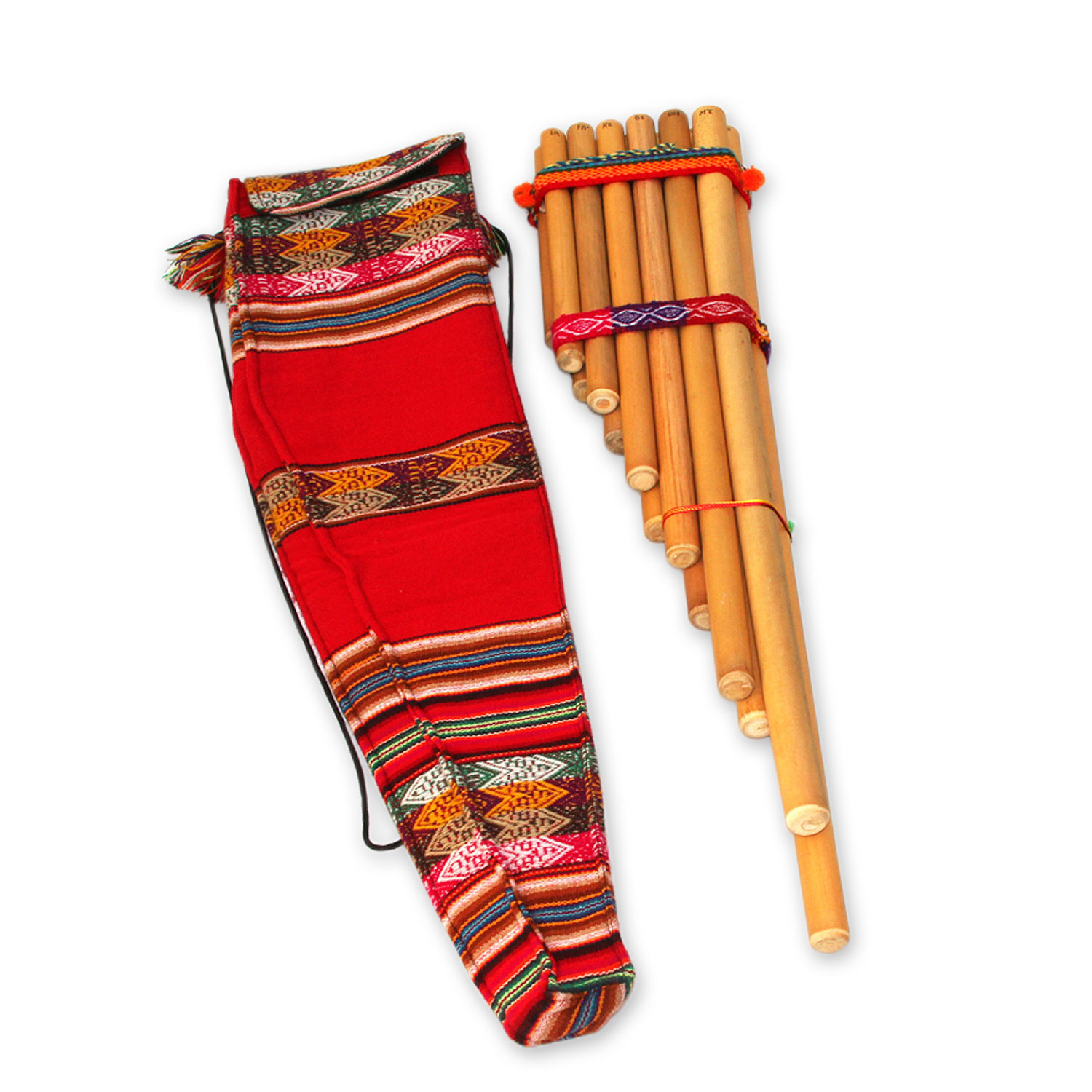 If you are like me, you’ll enjoy your hobby best with company- friends or family will do- and no ensemble is complete without maracas. So, at the end of the summer, don’t just show off your new skills on the guitar or panpipes, ask your friends to join you on the maracas. Just like the panpipes, maracas originated among several ancient civilizations, from African tribes to South Pacific Islanders, pretty much everybody loved the maracas. Whereas the South Pacific Islanders were known to use coconuts to produce their maracas, in the Andes, Natives used dried out gourds, often representing the heads of spirits which local witch doctors would shake during ceremonies to summon the supernatural beings. It’s my understanding that a lot of practice is required to summon these beings however, so I wouldn’t worry about this happening in our homes. Something interesting about South American maracas is that their size would be dictated by the size of the gourds in each region, in the Andes Mountains smaller maracas known as Gapachos were created from the gapacho plant.

We look forward to hearing how your music adventures go this summer! 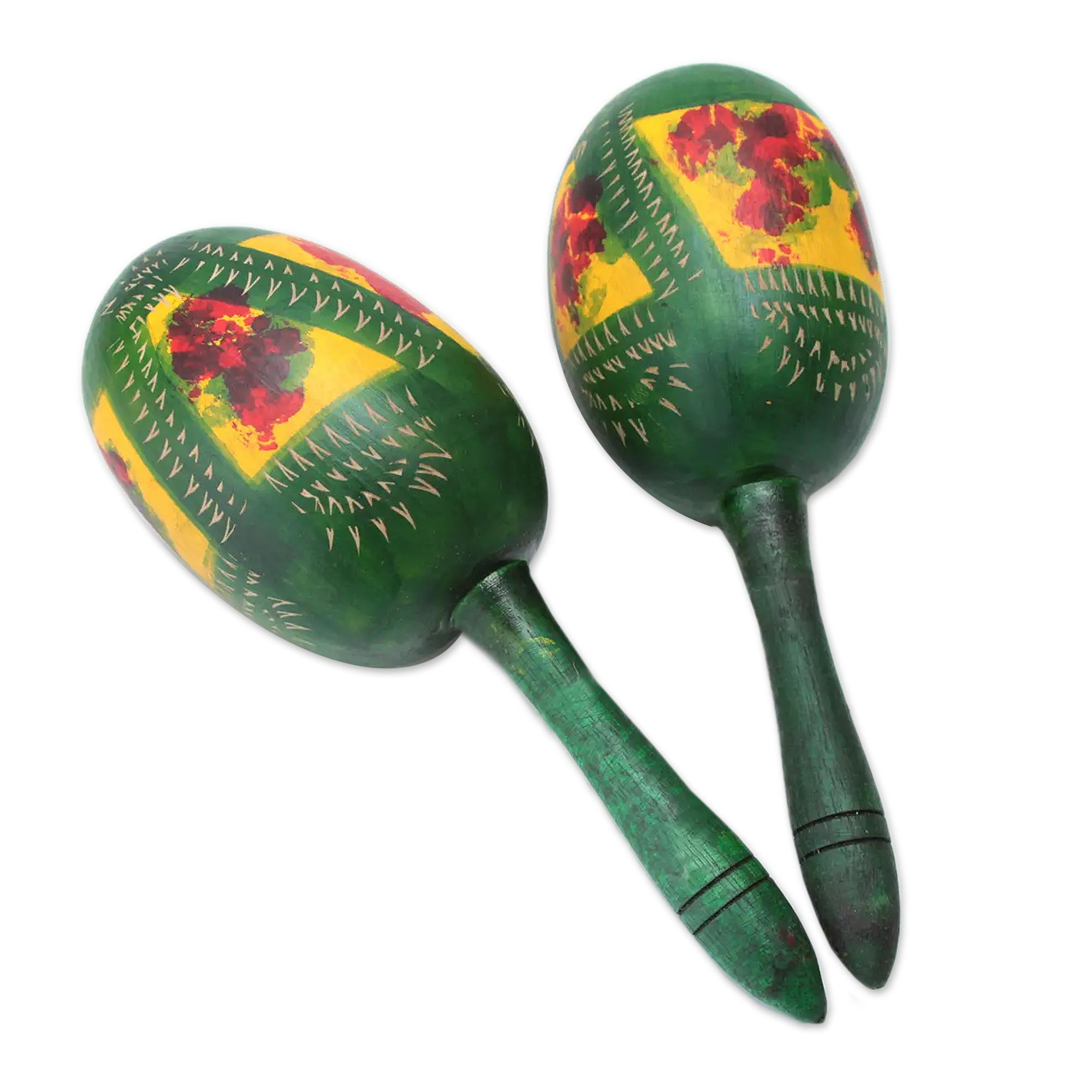