“We were greeted with cold weather, but the family’s hospitality warmed us up,” said Lia Arriola about the day the NOVICA Guatemala team surprised Rug Artisan Fermin Coguox. 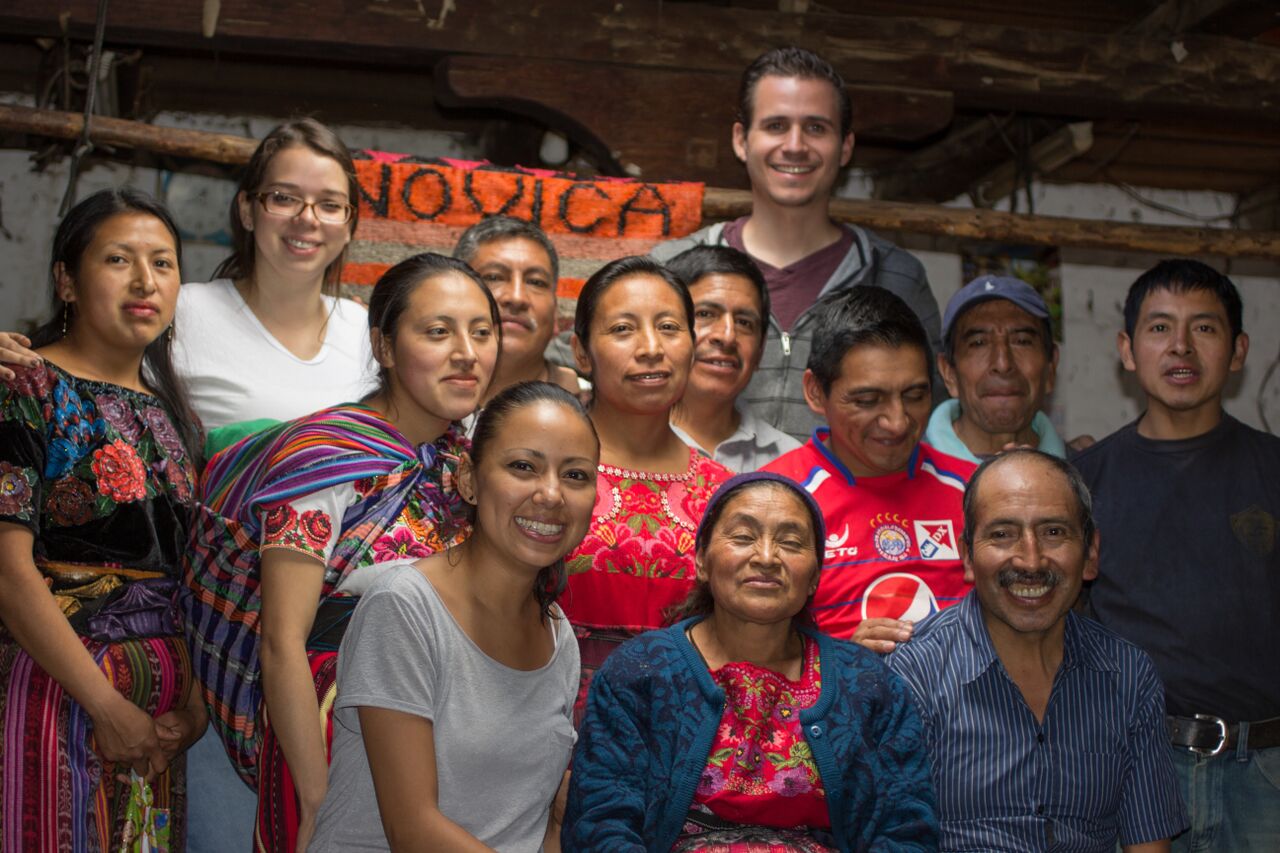 Fermin knew the local NOVICA team was making the four-hour journey to his house, but he wasn’t sure exactly why.

The Guatemala team wanted to keep the day a surprise for a good reason. For months, they were planning on blessing Fermin and his hard-working and kind family with their very own Happiness Project.

Fermin’s been selling his rugs on NOVICA.com for a while now, and over the years NOVICA’s Guatemala team got to know and admire him more and more. His smile and spirit of determination radiate off of him, often hiding the hardship he and his family face.

Fermin dropped out of school when he was 14 years old so he could help his parents out. Now that he has his own kids and grandkids, his greatest wish is that they can finish school and have a better life. However, life has thrown him a few curveballs recently. Due to sickness in his family and the high cost of medicine, Fermin has been living on the brink of poverty. Times have been hard and that smile they were so used to seeing has looked more and more strained.

So, NOVICA’s Guatemala team decided to give him and his family a day he would never forget. 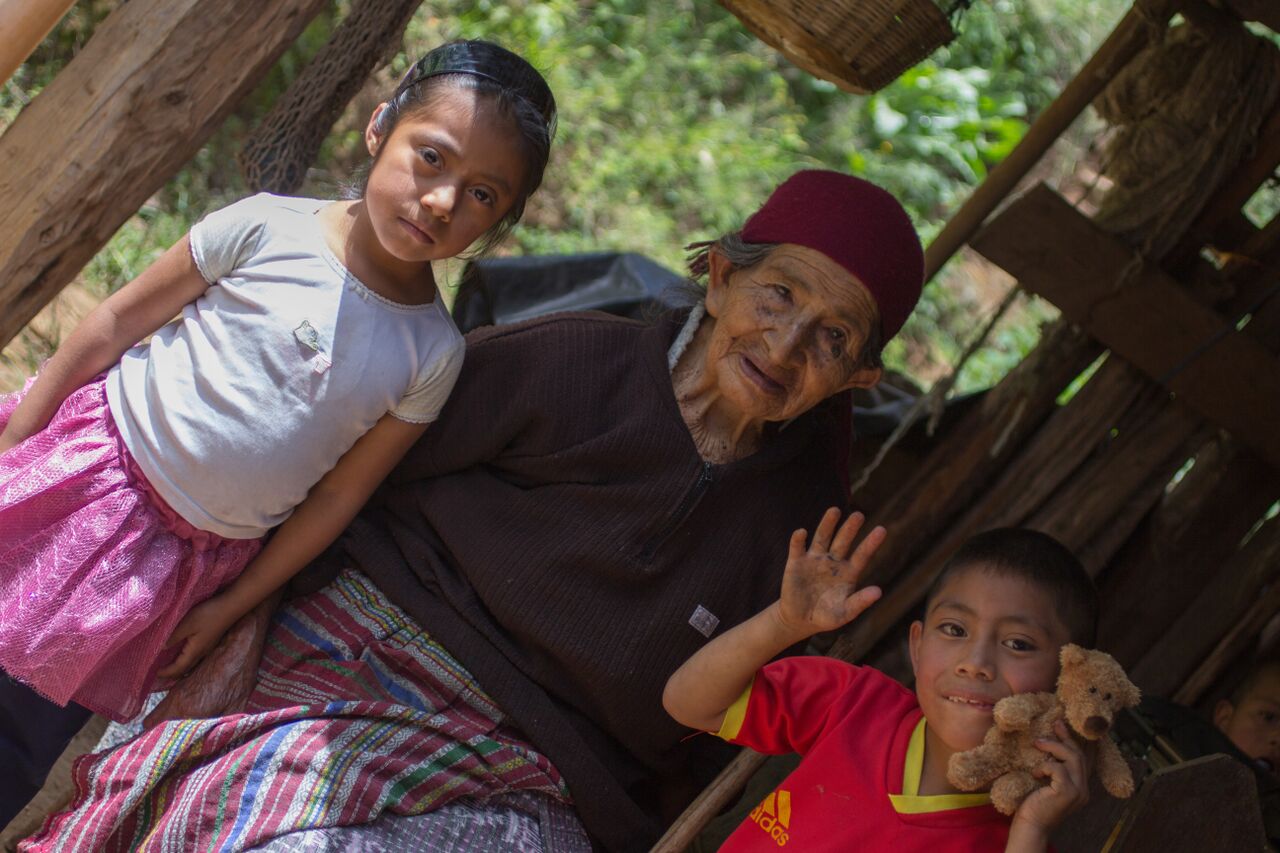 The team arrived in the morning, arms full of supplies for Fermin and his extended family. 150 pounds of clothes, cooking supplies, school supplies, hygiene products and other items were collected for the family over the past few months. In addition, the team brought over pizzas and cake. They all sat and ate lunch together in Fermin’s workshop, just outside his house. Then it was time for the games.

Fermin’s grandchildren, along with his nieces, nephews and neighborhood kids, lined up to play carnival games. For each basket made or goal scored, teddy bears, toy cars, plastic buckets and other toys were handed out. While the kids were overjoyed at the gifts, Fermin’s face was what made the team happiest. They could tell he was having just as fun of a time as his grandkids were. 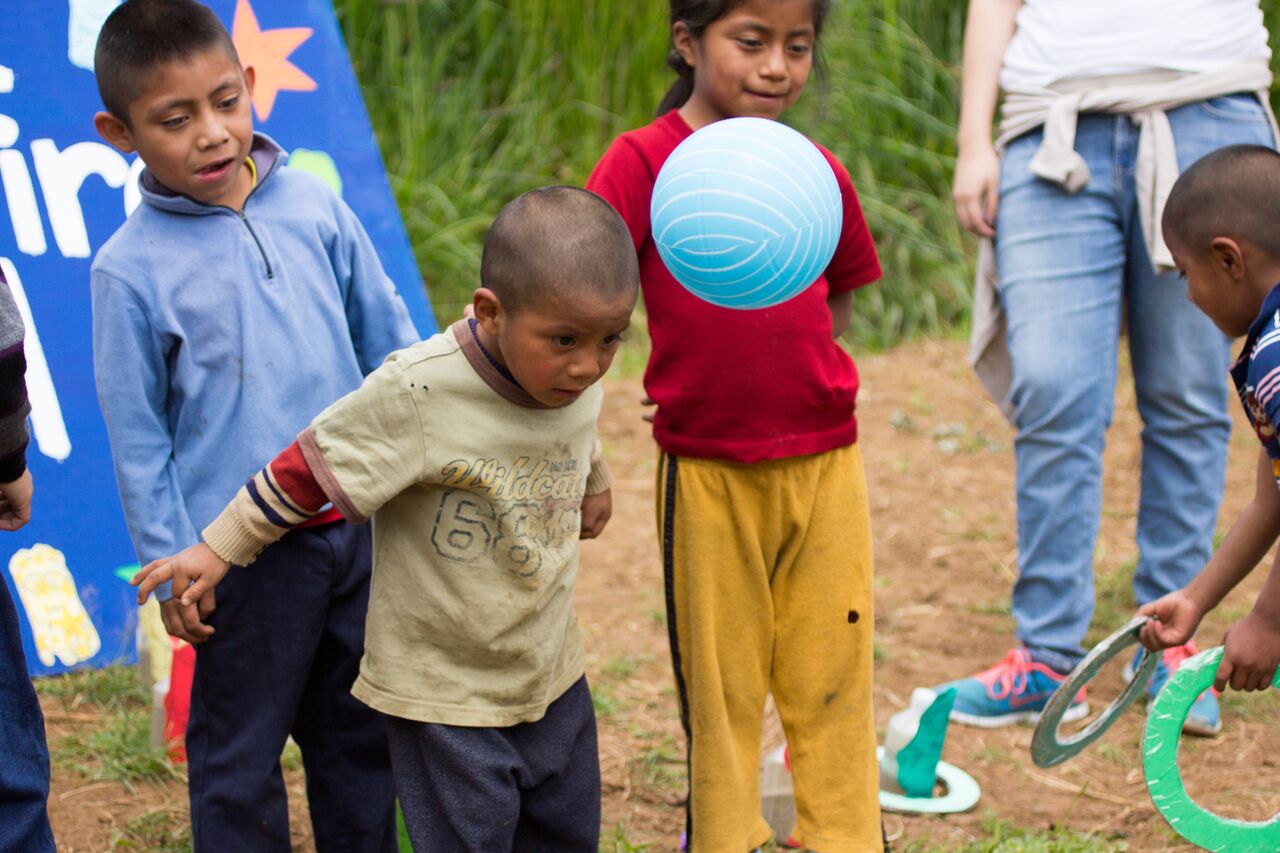 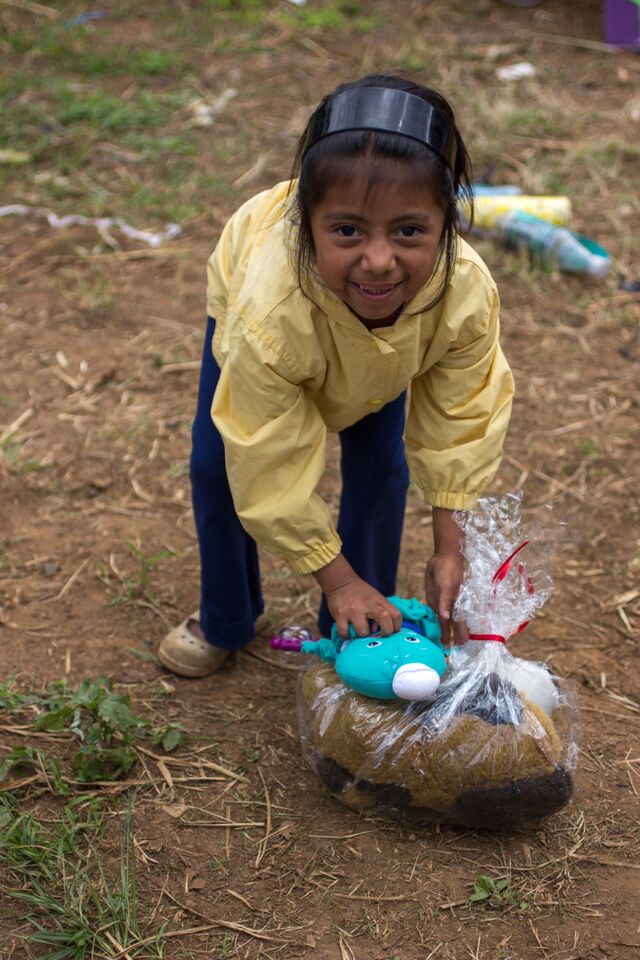 When the pinata came out, the team said all they could hear was “Me, me, me!”! The kids were so excited about the prospect of candy, they wanted to be the first in line to hit it. The NOVICA crew lined the kids up from shortest to tallest and let them all take a whack at it. The tallest kid finally broke the pinata open, and the kids (and even some adults!) rushed in to grab a piece of candy. 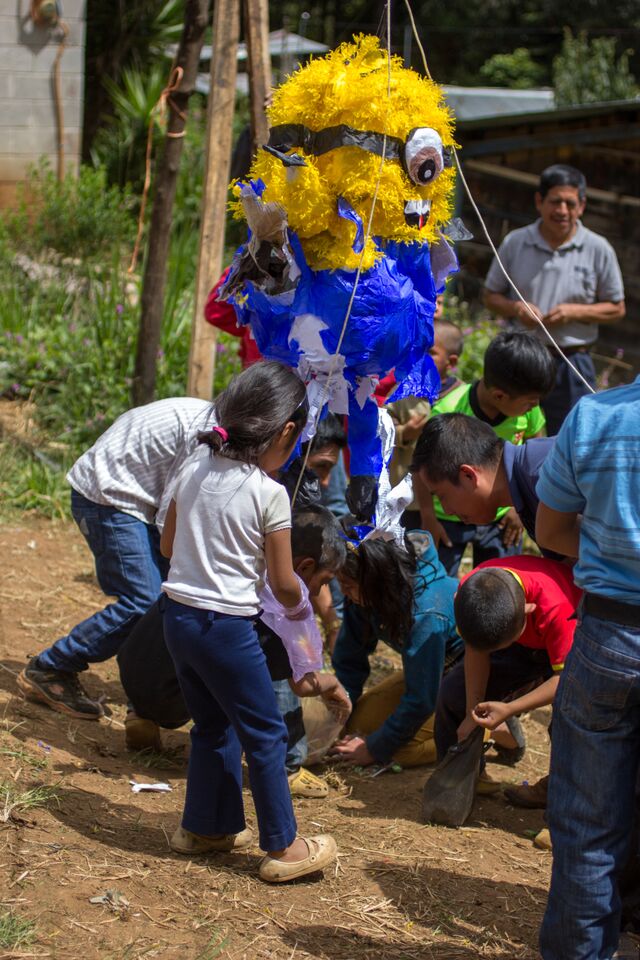 As the day came to a close, Fermin had his own surprise lined up. While he didn’t know what NOVICA team was planning that day, he knew he wanted to give them a gift just for visiting. He spent days weaving them a special rug to commemorate the friendship between his family and the NOVICA team. 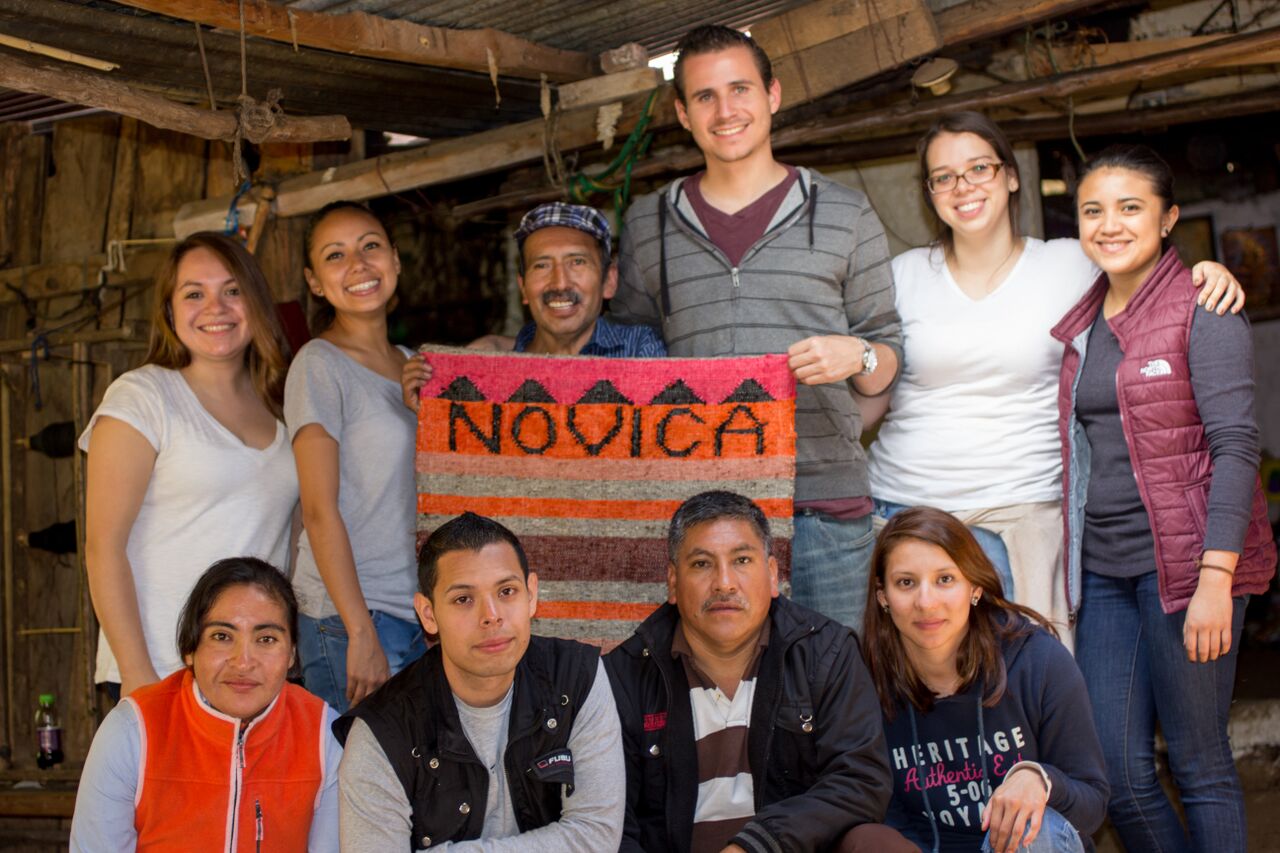 “Fermin’s daughter spoke on behalf of the family, thanking us for the affection shown to them,” said Lia Arriola. “She said that this was a day where they didn’t think about their economic problems and just enjoyed each other and laughed.”

Read more about Fermin’s story and see his artwork…