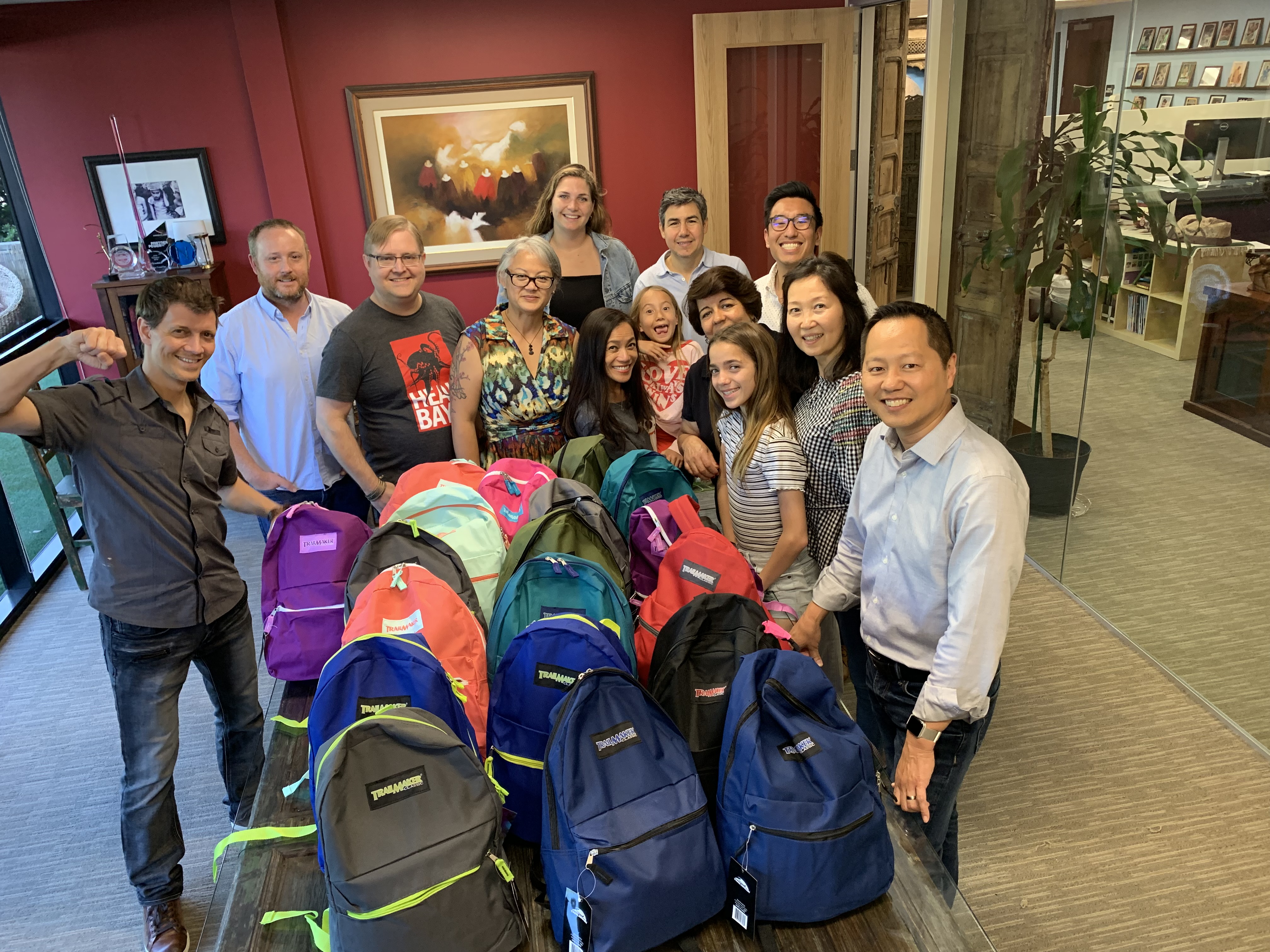 The backpacks were all in bright colors. Vibrant blues, electric oranges, joyful yellows. The contents ranged from bare necessity to unexpected luxury. NOVICA headquarters in Santa Monica was preparing to celebrate 20 years of artisan empowerment, consciousness building, and hard work. But first, one more way to spread a little joy in the community that they have called home since the beginning.

CEO Roberto Milk had an idea for a Happiness Project that would put the Santa Monica office in direct contact with a group of people who have been marginalized, maligned, and often forgotten. They are the homeless in Los Angeles, and their stories are as diverse and complex as can be.

The root causes of homeless are varied and often compounded. From lack of affordable housing, poverty, and unemployment to mental illness and substance abuse, the challenge can feel insurmountable. According to L.A. Homeless Services Authority, in 2019, up to 60,000 individuals may be homeless on any given night. With these kinds of staggering numbers, the NOVICA office decided their intervention would have to focus on individual human lives, on the people they encountered in their own backyard.

So they gathered at the office with their arms full of supplies. They laid everything on the table. There were non-perishable foods, enormous rolls of duct tape, durable water bottles, sanitary packs, and other essentials. But best of all, there was a gorgeous, warm, handmade Peruvian blanket from NOVICA. Then they dove into the work of stuffing each and every bag.


Finally, they broke into groups of 2-3 people and set out for the streets.

“You think it would be easy to simply walk up to someone and hand them a backpack,” one NOVICA team member admitted. “But you get nervous because you don’t know them and they don’t know you, and you want to be mindful of their privacy and personal space.”

The NOVICA team quickly made decisions about who to approach and what to say. If a tent was closed, it was important to respect that. If someone refused the backpack, you wished them a nice day and didn’t insist.

But most people received it with gratitude, warmth, and conversation. The NOVICA office soon learned that each individual had an incredible story to share. One man, Chris, was from London. He’d hiked the Inca Trail. He’d had a steady job, then he’d lost everything. For the past four years, he had been on-and-off the streets—a recurring theme in the lives of many homeless individuals. Chris’ eyes lit up when he peered into the backpack. He said it was the nicest he’d ever received.

While the root causes of homeless persist, and while social, political, and economic initiatives are necessary to truly address the problem, this LA Happiness Project spread joy to real people in our community—who in turn, showed us kindness and warmth. As we celebrate two decades of social and economic justice around the globe, it’s important to remember that giving back can occur in small, but meaningful ways…and that human connection transcends our differences.

Our mission is to spread happiness around the globe, and your purchases make that possible.  Learn more about the work we’re doing and the projects we undertake in the name of happiness.