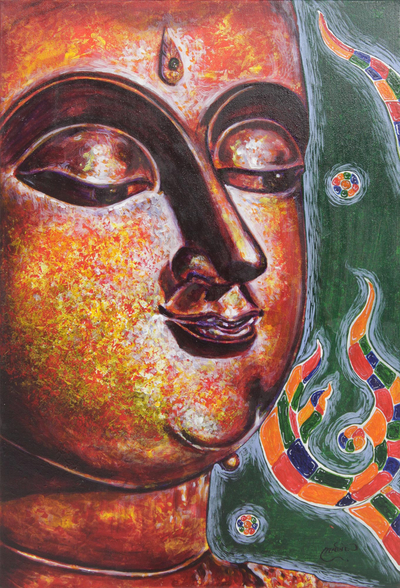 Buddha is a favorite theme for Thotsapon. He depicts the master as though hewn... more

Buddha is a favorite theme for Thotsapon. He depicts the master as though hewn from stone. Emanating a green aura, the aged image radiates peace and calm.

You can find our 'the Buddhism ll' by Thotsapon in paintings categories such as Buddha Paintings, Buddhism Paintings, Expressionist Paintings and Acrylic Paintings. Enjoy exploring these sections for other Novica treasures.