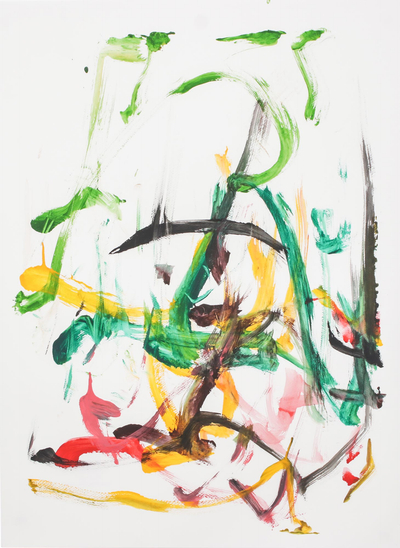 Thai Elephant Painting with a Seal of Authenticity, "Playground"

You can find our elephant painting 'Playground' by Pang-Kod in paintings categories such as Abstract Paintings, Elephant Art Paintings and Acrylic Paintings. Enjoy exploring these sections for other Novica treasures.

Pang-Kod is a female elephant born in 1982, and became famous when she was selected for artificial breeding, the first trial in Asia. Pang-Kod gave birth to a healthy son, named Pathomsompob by Thailand's H.M. King Bhumibol Adulyadej after the brave general of the same name. Pathomsompob is also a Novica featured elephant artist.

After she gave birth at the Thai Elephant Conservation Center (TECC), Pang-Kod was trained in exhibition feats, just like many elephants. She lives in the forest area of the center, where she could rest and be closely monitored by the mahout and veterinary.