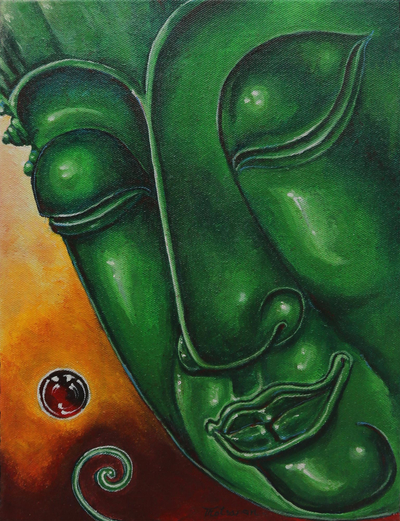 Buddha's smiling features communicate a state of nirvana – the final beatitude sought through the extinction of desire and individual consciousness. It transcends the suffering of earth. Thotsapon depicts the master against a radiant golden sky.

You can find our 'peaceful Buddha II' by Thotsapon in paintings categories such as Buddhism Paintings, Buddha Paintings, Modern and Freestyle Paintings and Acrylic Paintings. Enjoy exploring these sections for other Novica treasures.