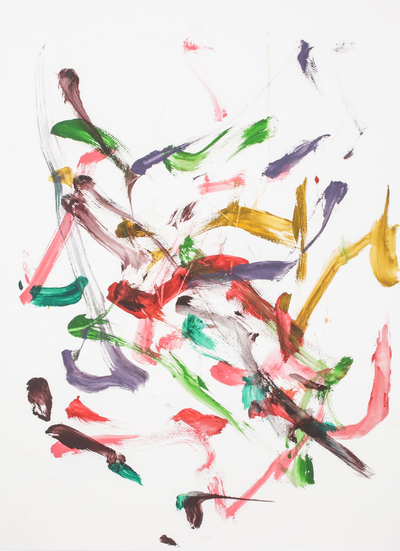 byWanalee
Thoughts dance in the memory, conjuring a myriad of moments. Working in sheer... more

Thoughts dance in the memory, conjuring a myriad of moments. Working in sheer color, Wanalee punctuates her reverie with a touch of sunshine. Her delicate application of color results in a lacy, but thoughtful elephant composition.

You can find our elephant painting 'Daydream' by Wanalee in paintings categories such as Abstract Paintings, Elephant Art Paintings and Acrylic Paintings. Enjoy exploring these sections for other Novica treasures.

Wanalee is considered a Royal Elephant, having been adopted by Her Royal Highness Princess Galayani of Thailand. One of Wanalee’s canvases sold for 1,000 pounds at Bloxham's Gallery, London.

Wanalee was born in 1998 at the Thai Elephant Conservation Center. An enthusiastic member of the Lampang Elephant Art Academy. Wanalee is a chubby, charming young artist. Her paintings are characterized by a dramatic "sweeping arc" style. Wanalee is considered a Royal Elephant, having been adopted by Her Royal Highness Princess Galayani of Thailand. One of Wanalee's canvases sold for 1,000 pounds at Bloxham's Gallery, in London.