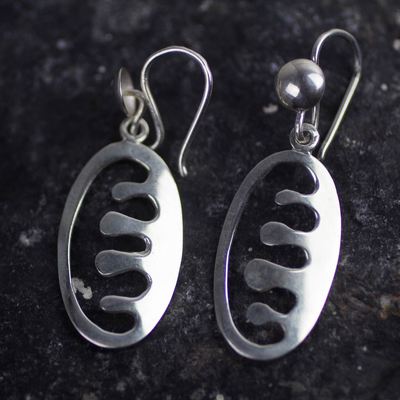 "I was born more than five decades ago in the town of Adidome in the Volta region, where my parents lived at that time. In those days, African traditional religion of worshiping at shrines was predominant. When my mother was due to give birth to me, my grandmother believed that the midwife in the town where she lived had some sort of bad energy that caused all the babies she delivered to die mysteriously soon after birth. With this belief in mind, she refused to let my mother deliver me there.

"So on the day of my birth, they had to travel miles to the hospital in the next town for me to be delivered. It was a very grueling experience for my mother and she has considered me special after that experience. My name, Sena — which my mother appropriately named me — means 'bringing heaven to earth' in the language of the Ewe people of Ghana.

"The Ewes live mostly in the Volta region of Ghana, east of the Volta River, and we are the second largest tribe of Ghana. I grew up in Hohoe but later left for Koforidua in Eastern of Ghana for my secondary school education, and then attended the university in Kumasi.

"After successful completion, I returned to Ghana. I was eager to pass on the knowledge acquired and to help develop the jewelry industry. I chose a public institution where we took in most of the graduates from the metal arts department of the University of Science and Technology. This gave me the opportunity to impart this knowledge and put to use my skills in the industry. I rose to become the head of the jewelry workshop and worked with the company for a total of fifteen years.

"From there, I was ready to start my very own jewelry workshop. I initially started with a staff of two, which has gradually increased to five permanent staff and five casual workers. I also take in many apprentices and interns from the university, whom I train during vacations.

"The initial challenge faced when I started on my own was pre-financing production of the precious metal designs I produce. Material costs were very unstable and any time you allocated a budget for production, the figures changed at the time of purchase. It was and still is challenging, but manageable with help from family and friends.

"Another challenge was working in a male-dominated industry. Coming from a very traditional setup, it was tough as a woman to be taken seriously in the trade by my colleagues, who are mostly men. I am one tough cookie so I don't get pushed over easily. I persevered and worked harder until I earned the respect due me.

"I am grateful for this opportunity to sell internationally through Novica and I pray this draws me one step closer to fulfilling my aspirations. I also hope you will take pleasure in wearing my designs."

I ordered the ""New Adinkra"" pendant - it looks even better than the photograph. Really imaginative and elegant in its incorporation of the symbol and the bird. It's a wonderful way to communicate an inspirational message. I'm wearing it today, and I know I'll be wearing every chance I get! I'm going to be ordering other pendants from this truly talented and remarkable jewelry artist very soon.

Just received these wonderful ""Back to My Roots"" earrings today. To say they are beautiful is an understatement. They arrived so fast and packaged so beautifully! I am one of those who cherishes everything about this purchase, the meticulous packing, the skill work of artist. I am sure to enjoy these earrings for a very, very long time. Thank you Joycelyn Sena Zigah for creating such a wonderful reminder that it is necessary to look back in order to appreciate the present and look towards the future.

Thank you Novica and Joycelyn S Zigah for the beautiful 'Back to My Roots' Pendant and Earrings. The craftsmanship (craftswomanship) is excellent, as well as the artistry. I was pleasantly surprised to receive the order so quickly. The Beautiful Pouch and gift wrap was an extra added touch that made me feel like it was my birthday or a special occasion. The story of the artist card was nicely done as well and very interesting. You have a new customer! Thank you again... DC