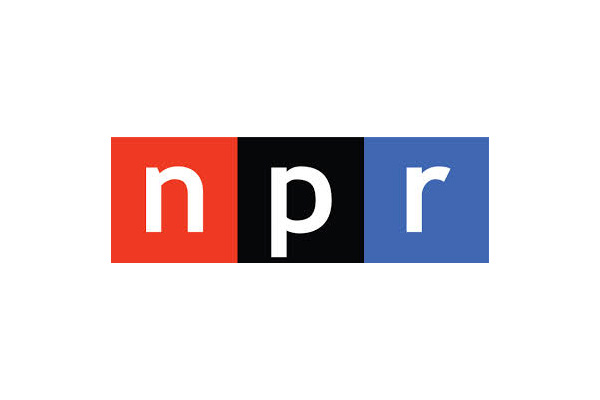 Bob Edwards, host: Thousands of craftsmen and artists in remote regions are selling their work around the world on the Internet. This virtual marketplace lowers the cost of exotic handmade products to the consumer and increases profits for the artist. One place where people are benefiting is Teotitlan del Valle, a small village in Mexico’s southern state of Oaxaca. Gerry Hadden traveled there to see how an Internet company called Novica.com has transformed a family carpet weaving business.

[Sound of mortar and pestle]

Gerry Hadden, reporting: Armed with a large stone mortar and pestle, Rosa Ruiz Bazan grinds a pile of tiny red cactus mites into a deep burgundy powder creating a natural dye. She dumps the fine dust into a boiling cauldron filled with spun wool. Here at this outdoor workshop, the Ruiz Bazan family has been hand-weaving richly colored carpets since the 16th century. As family members work a long row of large wooden looms, Rosa’s son, Israel, says business was modest until a year ago. Then, he says, someone from a company called Novica.com asked them to sell their rugs in a new market called the World Wide Web.

Israel Bazan: (Through translator) Since joining Novica, we’ve increased our staff by 50 percent. We have many sales now and we’re considering giving raises to our weavers. With Novica, we’re selling much faster than through traditional methods, since we can see which carpets are selling fast and make more of those. It helps a lot to have the computer.

Gerry Hadden: Novica.com donated this computer to the Ruiz Bazans. Israel and his cousins are taking a course on the Internet and already are logging on to check their inventory. Israel says they’ve never had such control over their business, though they’re still dazed by the new technology.

Israel Bazan: (Through translator) It’s so interesting because one moment, you’re in your own house, and suddenly, a sale could happen anywhere in the world. We don’t have to travel all the way to Oaxaca City to do the deal. It’s so modern and rapid.

Gerry Hadden: According to PC Data, Novica.com is the most visited Internet site for world arts and crafts, with millions of hits a month. Artists post their work on the Novica site for free. The company makes money when a piece sells. Artists say the commissions are far below those of traditional brick-and-mortar galleries, and unlike large chain stores or importers that also sell their crafts, Novica lets the artists set their own prices. Novica’s Catherine Ryan, known as `The Wander Woman,’ travels the world visiting Novica artists like Ruiz Bazan, gathering stories and pictures for Novica’s Web site. She says this connects customers personally to the artists.

Catherine Ryan (Novica.com): If you go to a chain store world-art mart, you can buy a gorgeous piece of decor for your home, but it’s just a pretty piece – whereas if you buy a piece from Novica, you know about that particular item, you know who made it, where they made it, how they made it. You’ve actually seen pictures, usually of their workshop, and certainly pictures of the artist. And you’ve read something they’ve written about – their dreams, their hopes, their goals, their history, their family.

Gerry Hadden: Not all of Novica’s artists live in the hinterlands, like the Ruiz Bazans. Twenty-six-year-old painter Roberto Lopez ekes out his living in Mexico City. He says he normally sells about two watercolors a month in the city’s outdoor markets. Checking his inventory at Novica’s office here, he says he was thrilled to discover he’d sold five paintings in his first three days online, earning $2,000 [U.S.]. Still, he says, he’ll never give up the traditional markets.

Roberto Lopez Fuentevilla (Artist): (Through translator) The advantage is that if an artist is selling in a gallery, he has contact with the people. They come and get to know you. Even if they don’t buy, it’s interesting. Though, of course, the ideal situation is to sell.

Gerry Hadden: There are artists who completely reject the idea of selling online. Novica has received complaints from some who worry that the world’s cultures are becoming watered down through globalization and market consolidation. But Novica’s Catherine Ryan says even though her company utilizes one of the principle tools of globalization, the Internet, it’s actually helping local communities sustain their distinct art and traditions.

Catherine Ryan: There’s a community in Peru where most of the artists had gone to work in the copper mines. And now, because of the success of one artist there in Novica, he has been able to hire many of his family members and neighbors back into the weaving business, and they’re no longer copper miners. They’re now doing what for many generations their family did before, and that is to weave incredible tapestries.

Gerry Hadden: At the Ruiz Bazan farm in Oaxaca, the family patriarch, Gregorio, spins wool as a light rain falls over the surrounding low hills. Unemployment is high in this state. Each year thousands leave for the U.S. to find work, but Gregorio says here they’re hiring more workers to keep up with the growing demand.

Gerry Hadden: “We’re very happy,” he says. “Here we all work together, my sons and my daughters. The future looks better all the time,” he adds. “The kids are even making new designs for the carpets. It’s very beautiful.” For thousands of such artisans the modern world is finally arriving at their doorsteps. But instead of threatening their livelihood, they say, it’s allowing it to endure and thrive. Gerry Hadden, NPR News, Oaxaca, Mexico.