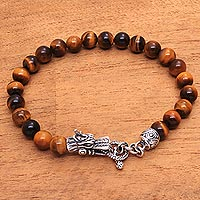 I love this bracelet. It just sparkles and shines all the time. Very well made, so that you for that.

The marcasite bracelet is even more beautiful in real life than in the photo. It is exquisite, and will be passed down the family. Thank you for making such a beautiful piece.

"Did you know that in Asia, earrings symbolize strength? Some people regard earrings as fetishes that tell of their individual personalities and identities"

"I have a special fascination for marcasite jewelry. I think it has its own unique value because the stone allows me to create and design thousands of patterns. It is truly a must for the jewelry lover, especially when it is designed delicately and neatly, featuring the small black glitter of... read more

Marcasite's fascinating golden glow lured the Inca people to use it as decoration over the doors at the Temple of the Sun. Marcasite jewelry was in vogue during Victorian times and made a resurgence during the 1920's and 1930's. Marcasite is on its third resurgence now, in the 21st century, and Novica's collection of marcasite bracelets is designed to accessorize you in style.

Marcasite is used in silver jewelry, and it is mainly cut in Thailand. Our collection features the extraordinary craftsmanship of Thai Jewelry Artisans, who craft dazzling marcasite charm bracelets studded with colorful gems such as turquoise.

Sukanya's designs flourish with rich artistry that can be admired in the designs of a hand-crafted marcasite bracelet as well as in brooches.