Unless you are an artist yourself or have studied art in depth, you probably have not heard of Naif (or Naïve) art, though you may have seen examples without realizing it.  One defining quality of Naif art is that it is a form of visual art that is created by someone who has never received formal artistic education and training. The artists are self-taught, giving credence to the belief that artistic ability is an innate gift. 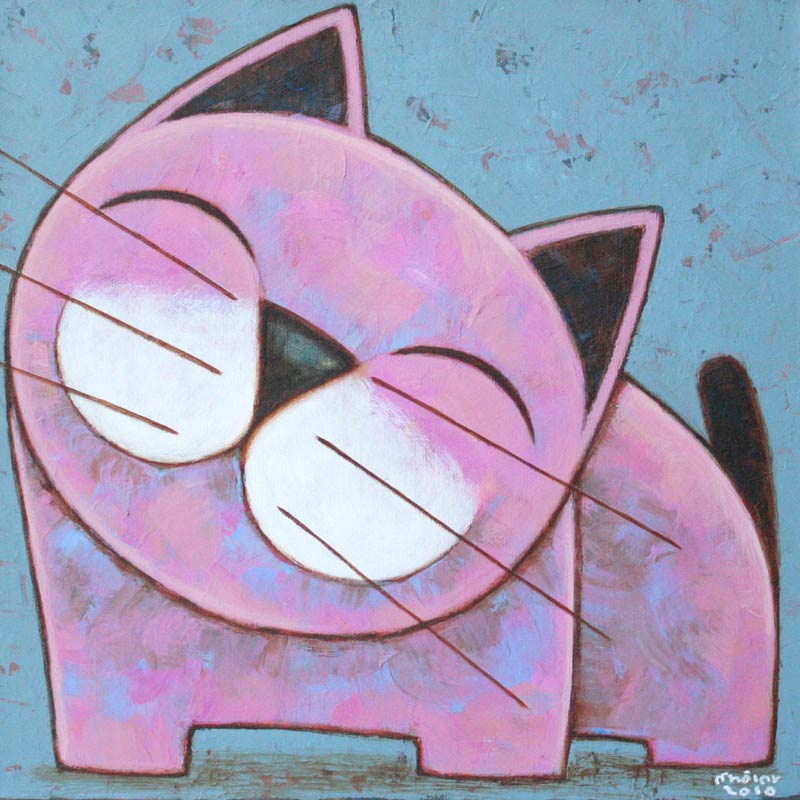 Naif paintings are recognized for their uncomplicated or youthful simplicity.  They apply a flat style to the representation of their subjects with the most basic expression of perspective. 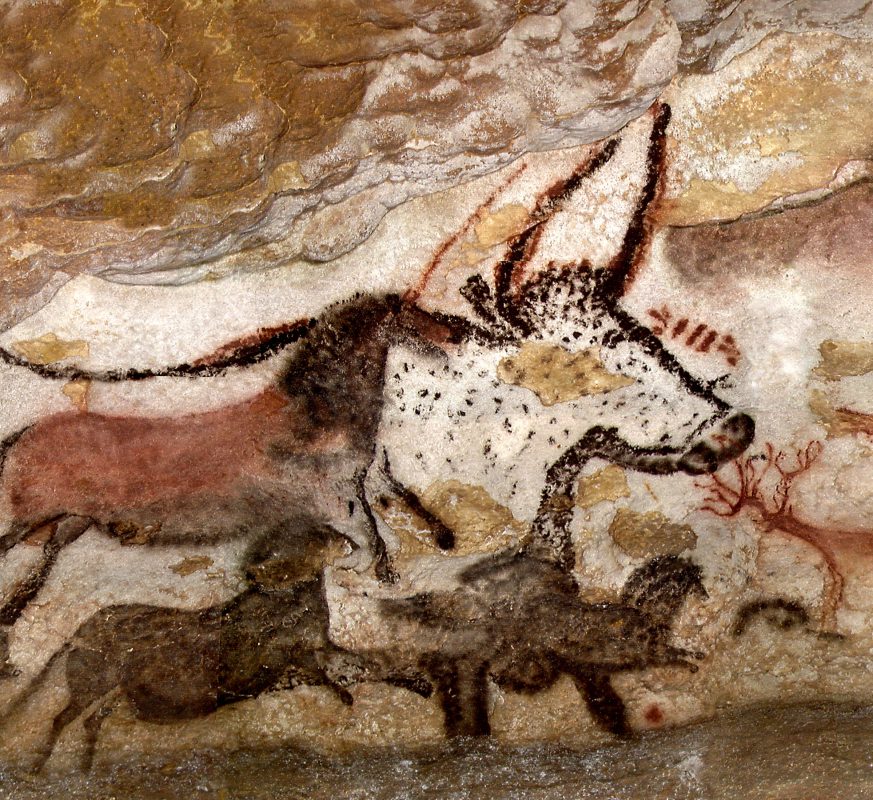 Ancient cave paintings are the first example of this art form.  The most well-known are the prehistoric paintings of the Caves of Lascaux in Perigord, France. The image above is one part of the images discovered from this site and dates from the Paleolithic era. The happy cat painting displays that unsophisticated yet captivating style, while the forest piece below reminds me very much of a cave painting. 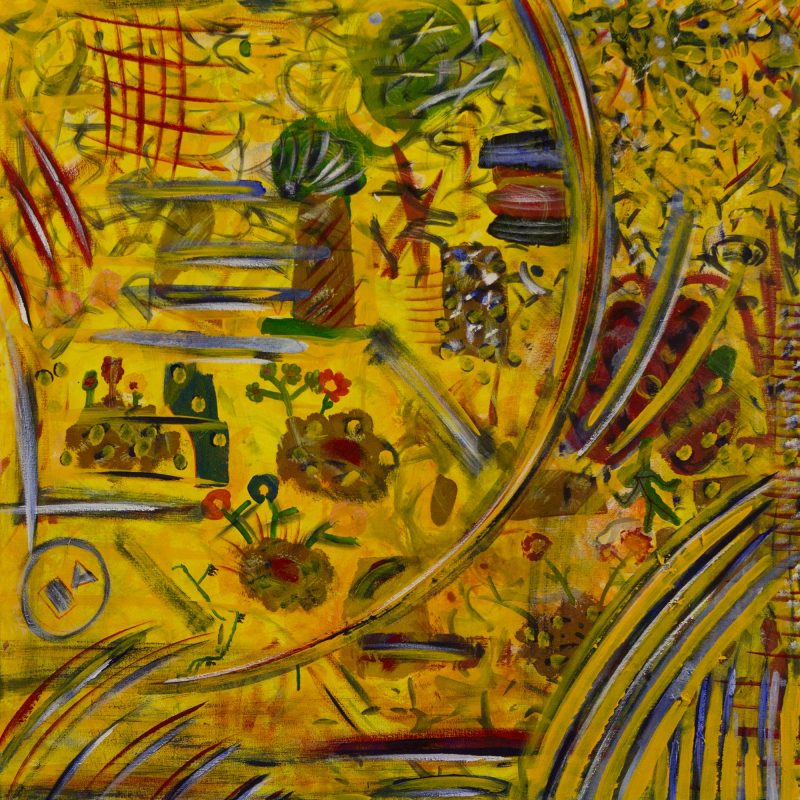 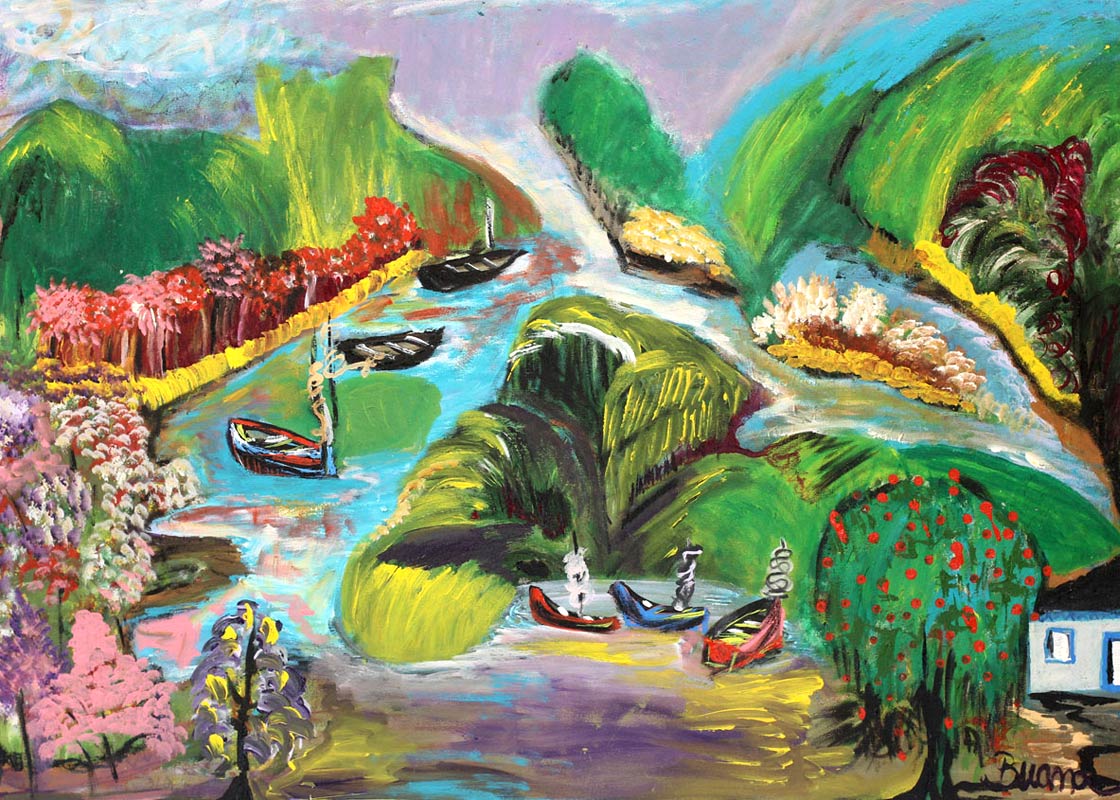 The pieces are often full of color like the nature scene above. While that tree doesn’t really look like a tree, I still know that’s what it’s meant to be, and that’s part of the appeal of this kind of art.  Another colorful piece is the cityscape below.  I can’t necessarily tell what’s what, and that doesn’t bother me at all! 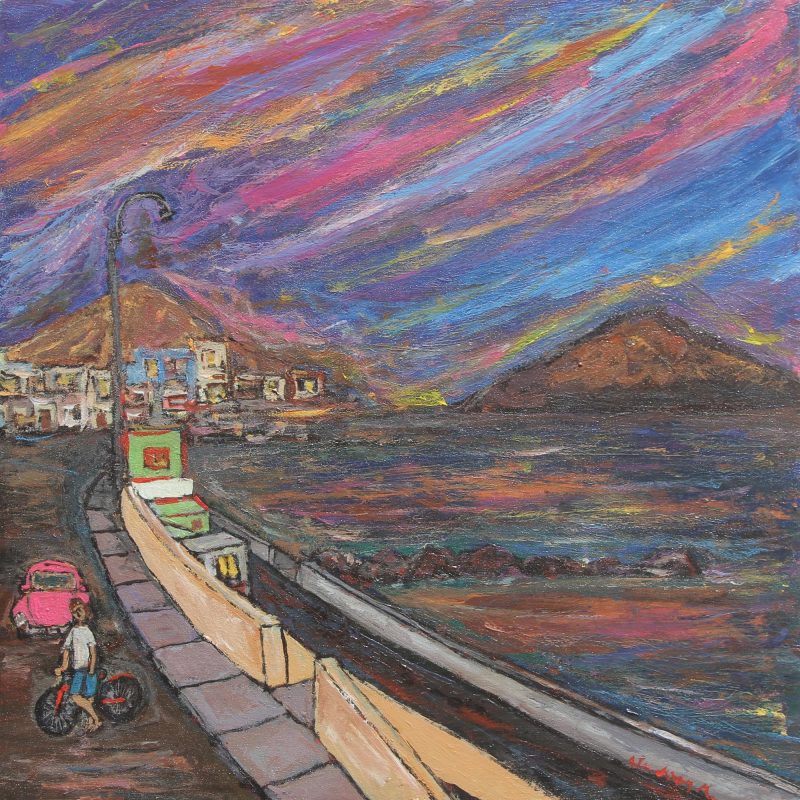 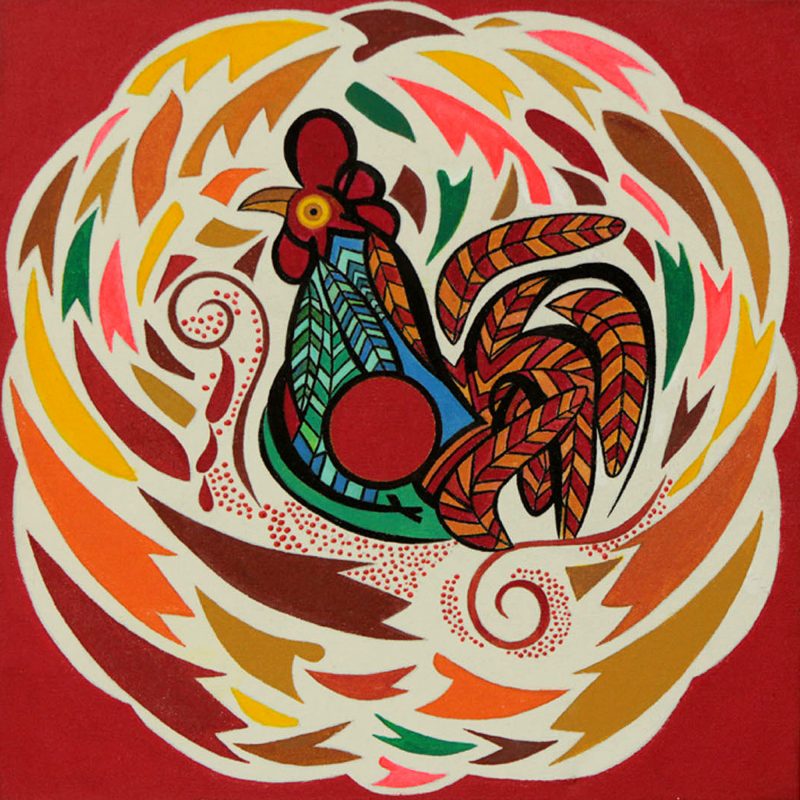 Unintentional though it may be, I’ve started a rooster theme in my kitchen, and I find myself quite enamored of the bold red rooster above. His markings, as well as the decorations around him, are balanced and beautiful while still being whimsical.  Speaking of whimsical, have you ever seen a red elephant? I haven’t, but that doesn’t mean I don’t love this Naif piece below. 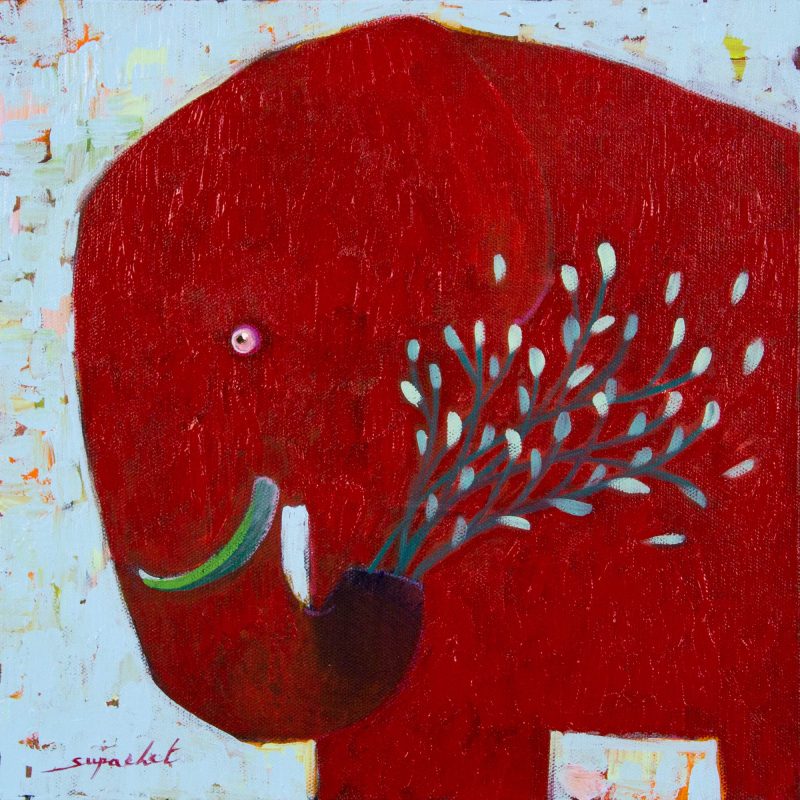 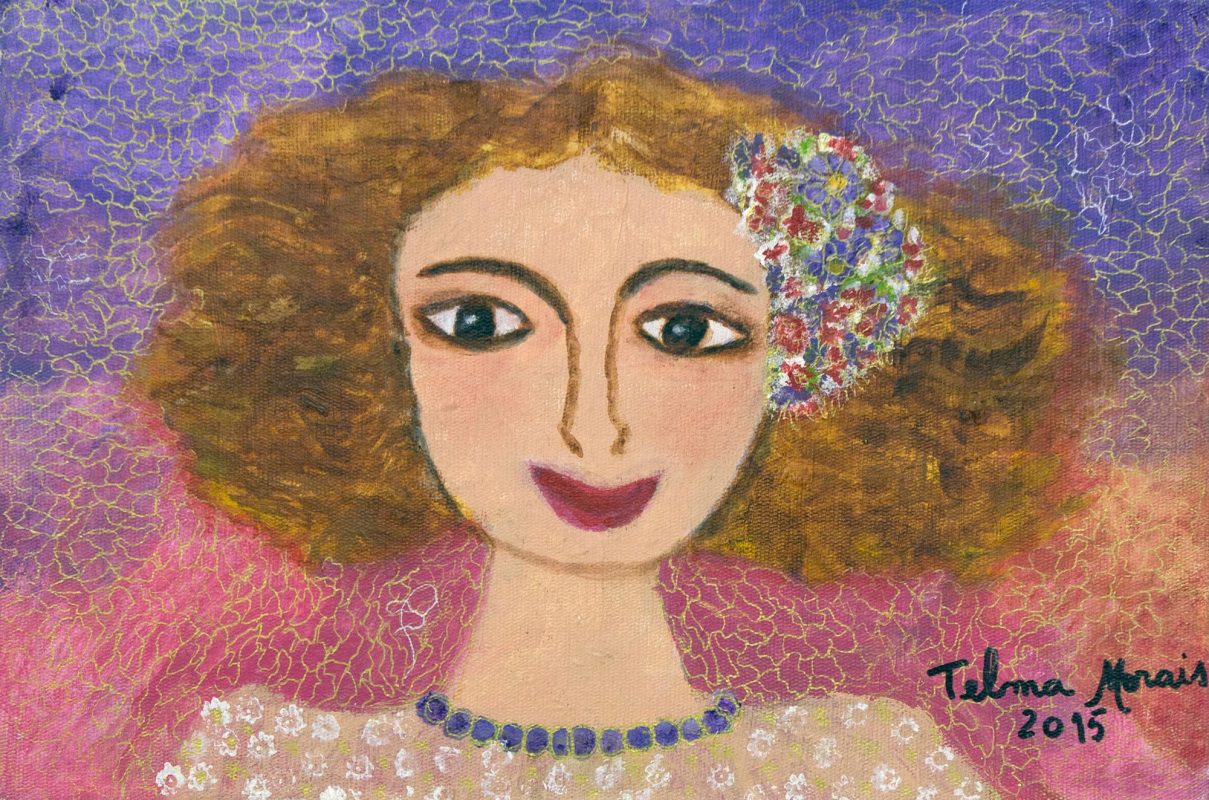 People are often depicted too, and they are far more elaborate than the stick figures I drew as a kid (and still draw now!)  The girl above is even fancied up with flowers in her hair.  Below is a painting of what amounts to a modern-day street cart doling out picarones. This is a Peruvian treat which I haven’t been fortunate enough to try, but are described as a sweet potato doughnut topped with a molasses-based syrup.  Yum! 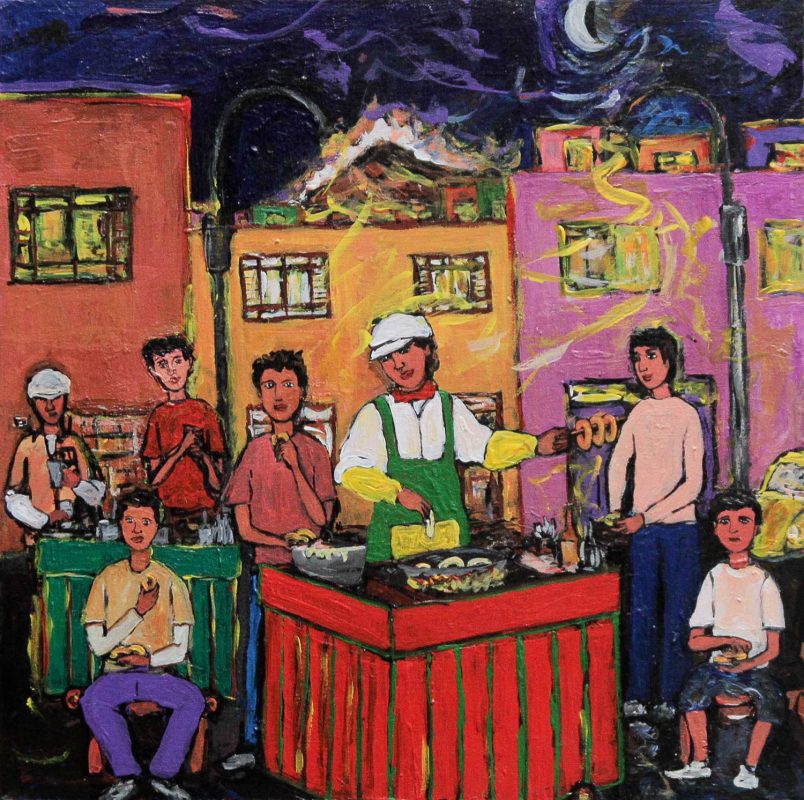 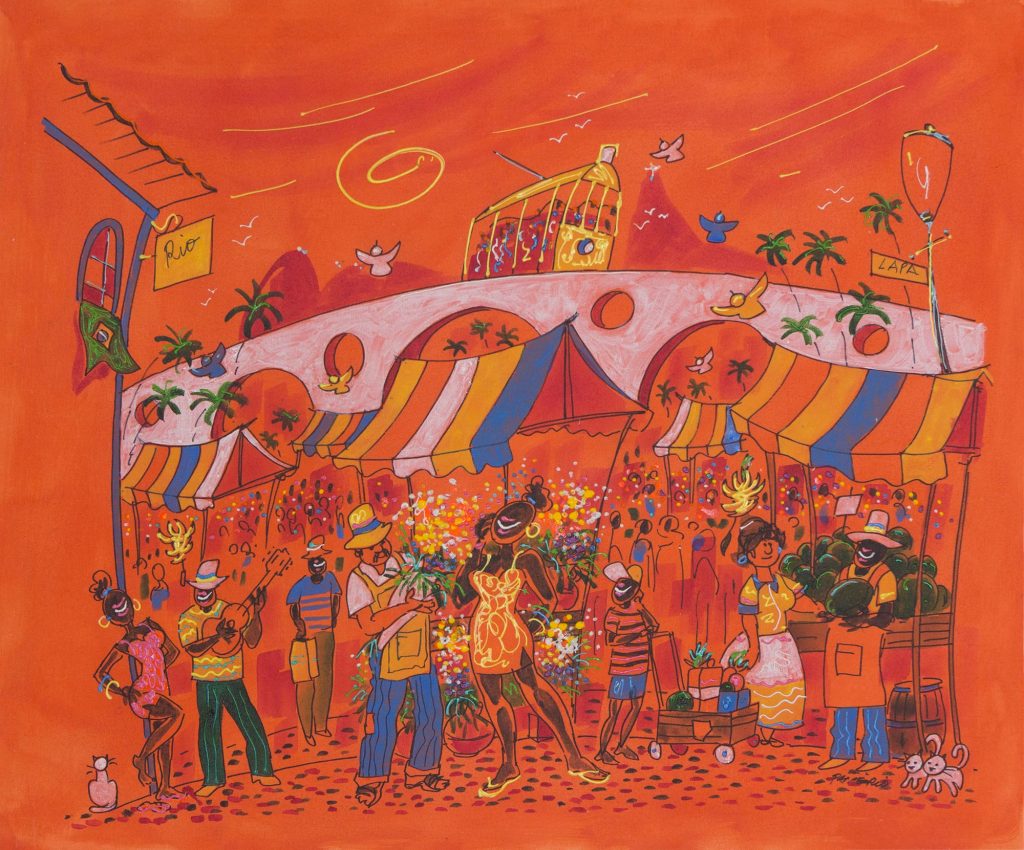 You can see that Naïf art is generally joyful, like this bright painting of a street market in a Rio de Janeiro neighborhood, and provides a sense of happiness as well as spontaneity.  These pieces of Naif art might not have the dimension of those in other genres, but they are no less beautiful and thought-provoking.