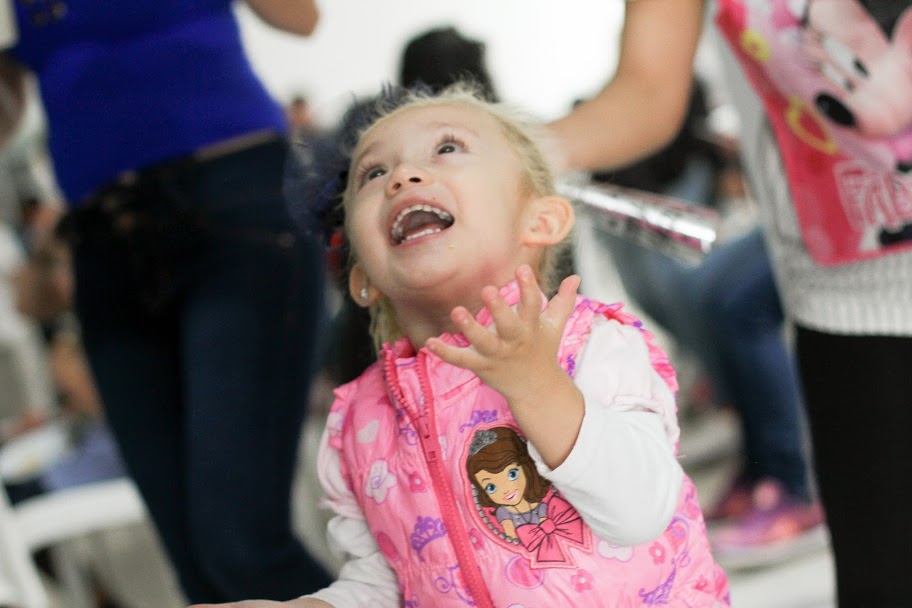 The NOVICA Happiness Project teams up with My Last Wish to show a group of children that cancer does not define them.

Seeing the ocean. Meeting Mickey Mouse. Talking to a celebrity from the world of professional sports. These requests are not arbitrary whims. They are the last wishes of children who are looking death in the face. Thanks to the support of generous people and businesses, the My Last Wish Foundation makes these dreams possible.

Around the world, NOVICA carries out Happiness Projects that bring joy, hope, and support to people and communities. It was time to take the project to My Last Wish home in Guadalajara.

Weeks earlier, NOVICA members visited the shelter to talk about this project with Tomas Lopez, founder of the association, and organize everything. There, we learned about the magnitude of the work this foundation does every day to offer a space in this huge city where children with cancer can come, rest and, from there, go to their doctor appointments and chemotherapy sessions in the nearby hospital.

In My Last Wish, dreams come true for children in the terminal stage of cancer when doctors diagnose them with two months to live or as incurable. In addition, children and their families can stay there when they live more than three hours from Guadalajara. They are given beds, food, and bathrooms free of charge, among other kinds of help.

The date was set for February 15, as the office wouldn’t be so busy that day. And though it wasn’t planned that way, the date happened to coincide with the International Day of Children with Cancer.

“I don’t call this a coincidence,” Tomas exclaimed. “I call it a God-incidence, as these are His designs!”

The teams were organized and ready. Some would prepare the food, others the decorations and activities. By 10 a.m., everyone was ready and eager to begin the Happiness Project. 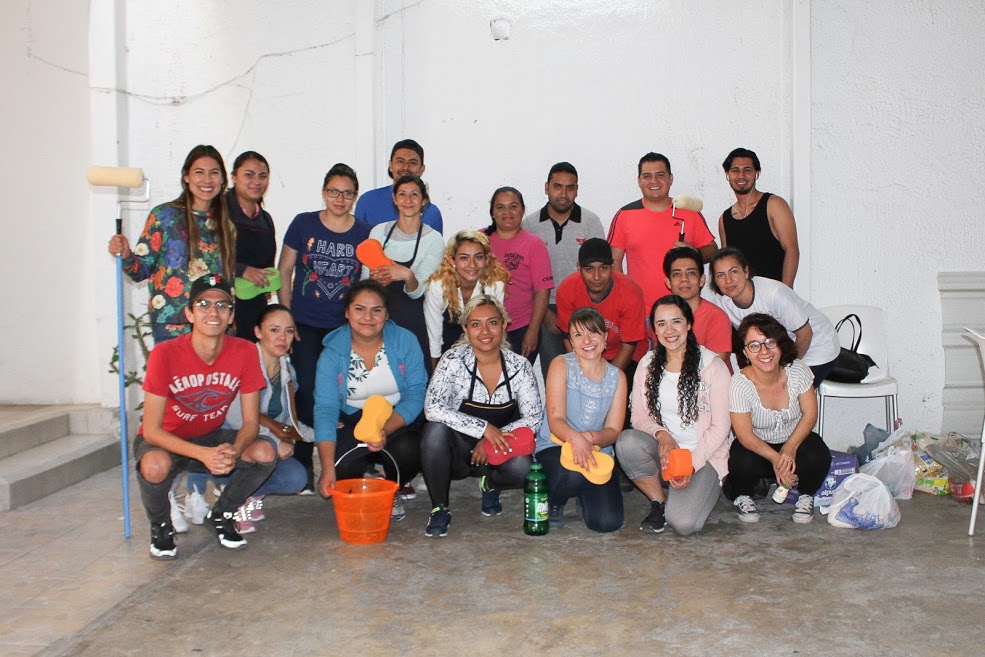 The NOVICA team arrived with brooms, soap, paint, brushes and rollers, and other tools to work on the building.

The rooms needing some work were the main salon, the children’s bedrooms, and a storage room that would be transformed into a therapy room.

The team assigned specific tasks — some washed the walls and scraped off the old paint while others began painting. Still others cleaned the stairs and swept the community areas. Chatting and joking, they all worked very hard to have everything ready before 1 p.m. and be able to decorate for the fiesta with the children and their families. 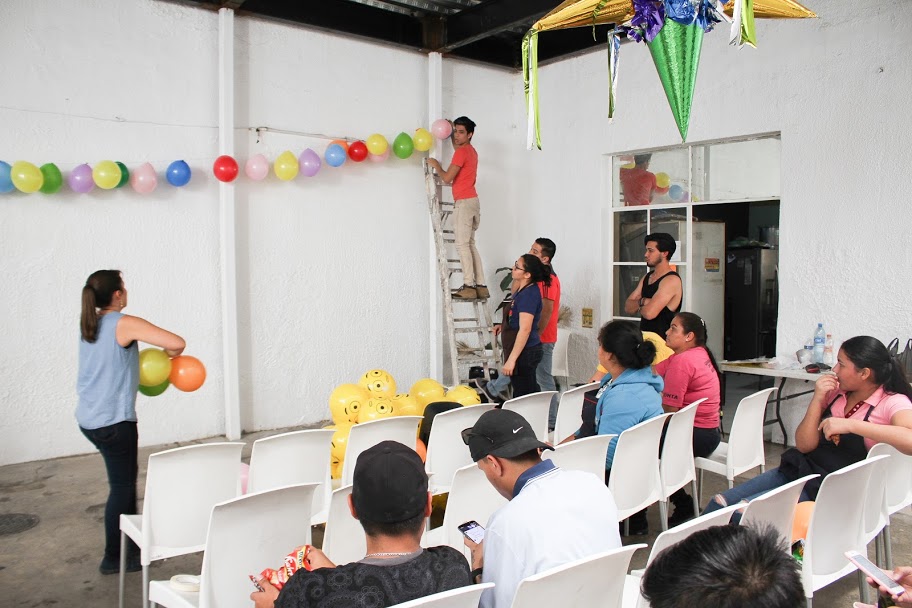 When the painting was finished and retouched, the food team went to the kitchen to wash, disinfect and prepare the meal — a fun and attractive menu for the children.

Two more teams split up to clean the bedrooms and empty the storage area. The men carried boxes from one place to another until all that was left were the walls to paint. The music and fun continued there.

The work was hard but, despite their weariness, everyone was excited about what was to come. Finally, it was time to set up the chairs, tables and stage area and take care of the final details.

A round of applause for these little giants

The stage was ready, the food waiting to be served, the children happy and you could feel the excitement!

“Welcome!” someone in the group shouted. Immediately, everyone stood up and greeted the first child to arrive at the home with a round of applause. “Welcome! Welcome!” they shouted.

The first arrival was a teen who was just released from the hospital and came to My Last Wish to rest before starting home the next day. Despite his condition, he was happy.

A few minutes later, Atziri, a four-year-old struggling with lung cancer, arrived with her parents and she was also received by a standing ovation.

In this way, as each child and family arrived, they were received and recognized with joy. Proud little warriors — two, three, four, six, eight and 12 years-old — came through the door. All of them fight the battle against cancer every day. Among them was a two-year-old dressed as Supergirl, playful and happy to see all the people waiting to greet her. 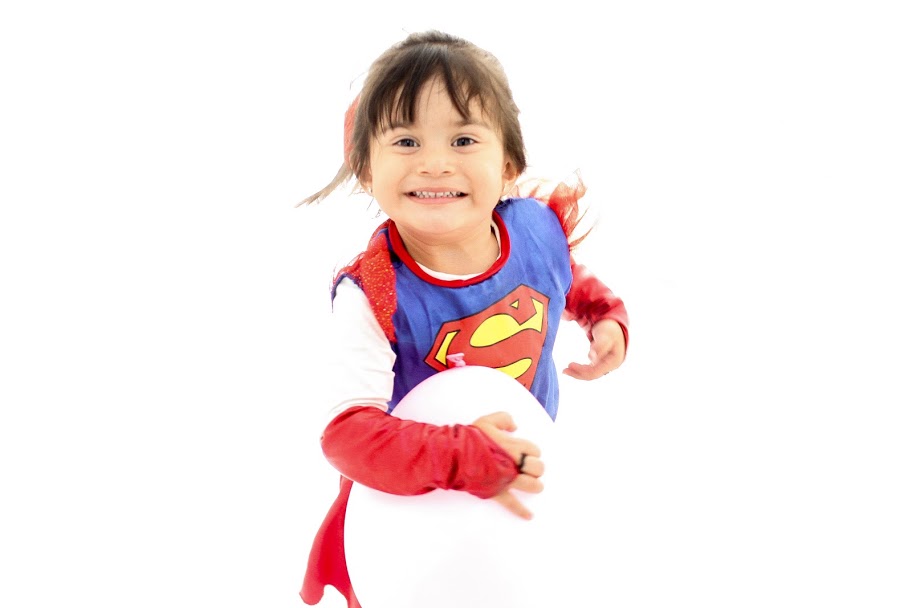 Once most of the children were there, the event began with a meal served by the food team. They had a buffet of attractive dishes and hot hamburgers ready.

One by one, the children, parents, and grandparents picked up their food and drinks. When the children saw the caterpillars made of apples and chocolate, the looks on their faces showed us that our mission had been accomplished. 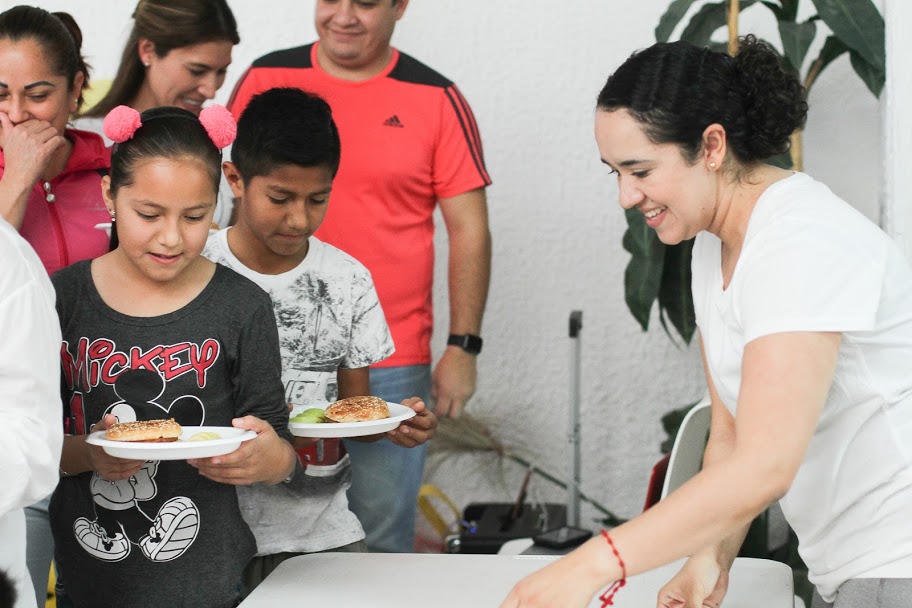 After everyone had eaten, the children, their families, home staff and Novicans listened to the song “Color of Hope.” Immediately, everyone started to sing and clap their hands in a fiesta brimming with happiness and hope.

Laughter from the soul

Next, NOVICA artisan Odette Sierra stood at the entrance to the room, holding a red speaker as she and Valeria, from the NOVICA team, walked toward the spectators shouting “Hello!” and greeting all the guests.

This was the beginning of the Laughter Therapy workshop that Odette kindly offered to lead. There were dynamics, games, and strategies to laugh from deep inside — from the soul itself — as she explained how laughing had important benefits. Her dialogue with Valeria was interesting and fun so that everyone interacted with everyone else and laughter filled the room. 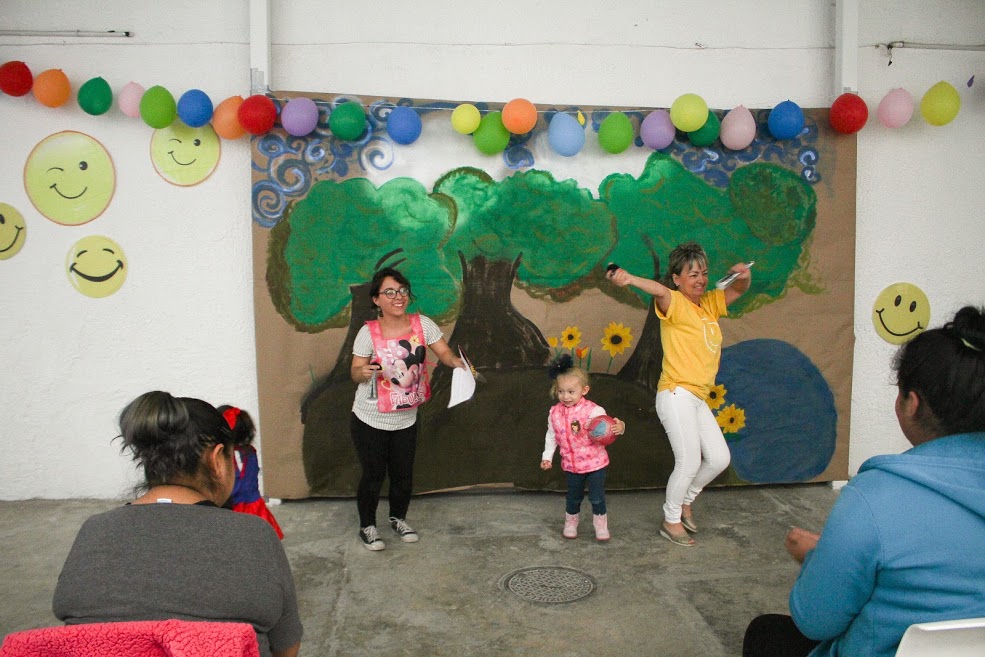 Odette is an incredible artisan who works with marble and onyx. When she was 40, she was diagnosed with polyneuropathy. She suffered for 16 years but she never gave up and always found a way to overcome her diagnosis. Although she was paralyzed, she experienced the strength and healing power that comes from staying positive in the face of misfortune. She calls her recovery a “miracle of God.”

During the event, Odette confided to a few of us that attending the event had been a real challenge. When we invited her to participate in the workshop, she had lost her father, whom she loved with all her heart, to a heart attack only a week before. Devasted, she accepted because participating exemplified her father’s message. He’d told her, “My daughter, I’ve gone without any pain. I didn’t suffer. These children are suffering in a painful struggle against cancer.” Odette said that knowing this brought peace. She cried, but then found the energy to continue with the event.

After the Laughter workshop came a workshop called Paint Your Sculpture led by another NOVICA artisan, Alejandra Acevez. With her characteristic charisma and enthusiasm, she shared tips on decoration and how to combine colors.

Each child was given a plain plaster piggy bank, paintbrushes and all kinds of colors so they could set their creativity free. All of them became artists.

Alejandra drew on the whiteboard and suggested motifs to decorate their banks. The NOVICA team mingled with the children and talked with them as they enjoyed mixing colors. In a matter of moments, everything was filled with color. 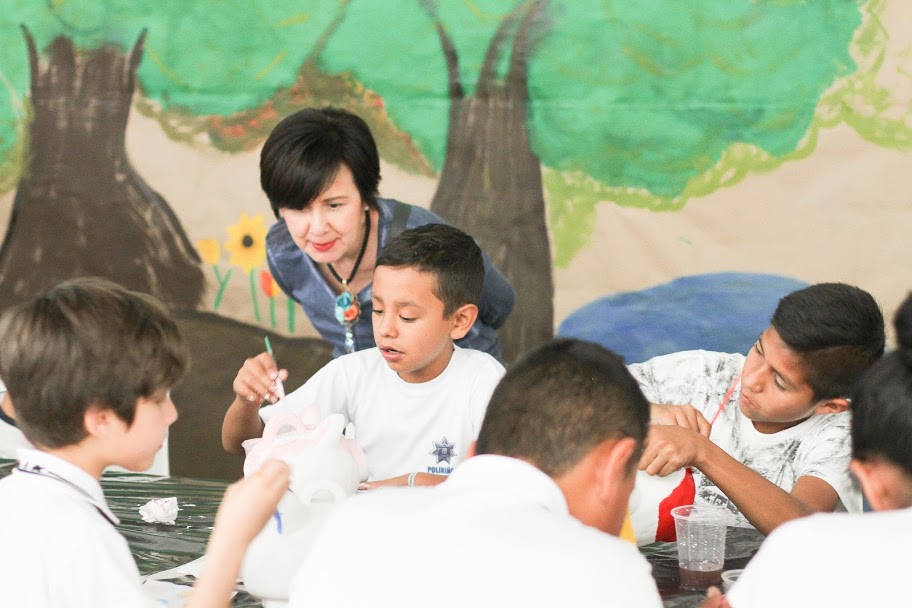 Alejandra’s participation meant a lot to the entire team. She, too, is an example of struggle. Some years ago, she was diagnosed with fibromyalgia and has faced it with courage and strength. Even so, it’s not easy take on activities such as walking and swimming every day but she knows that thanks to this, she has been able to improve and achieve.

When the odds were against her, without a cure for her disease, she found the strength to change her life. In fact, she did the impossible — she won a deep water swimming competition. For this and for her big heart, she shared her energy with everyone present.

The children took their piggy banks home, happy to have painted them themselves.

Third call… and the show begins

A paper curtain was hung across a space in front of the children. It was painted with trees, clouds and a small pond. But it wasn’t only for decoration. It was the stage set for a small play where the actors were members of the NOVICA team. 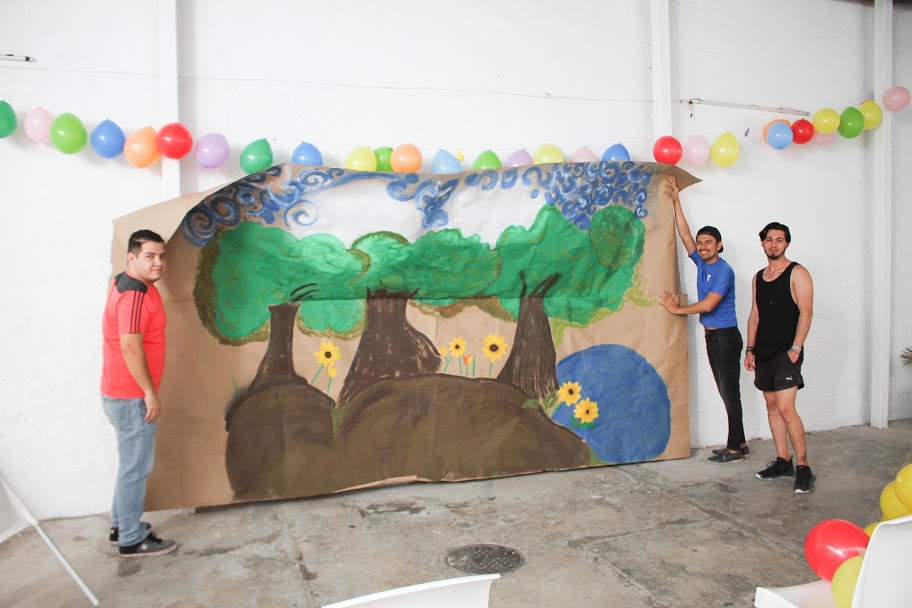 To the children’s applause, Madame Sophia stepped onto the stage, followed by Mr. Toad, the worker ant, the privileged bee, two charismatic trees, and a small caterpillar. These characters come from the book The Caterpillar in the Forest by Alma Rodriguez.

No one is an actor. We all enthusiastically prepared and rehearsed a week ahead of the event to present this play.

The children paid close attention and interacted with the characters, shouting excitedly to answer the questions the caterpillar and the ant asked. 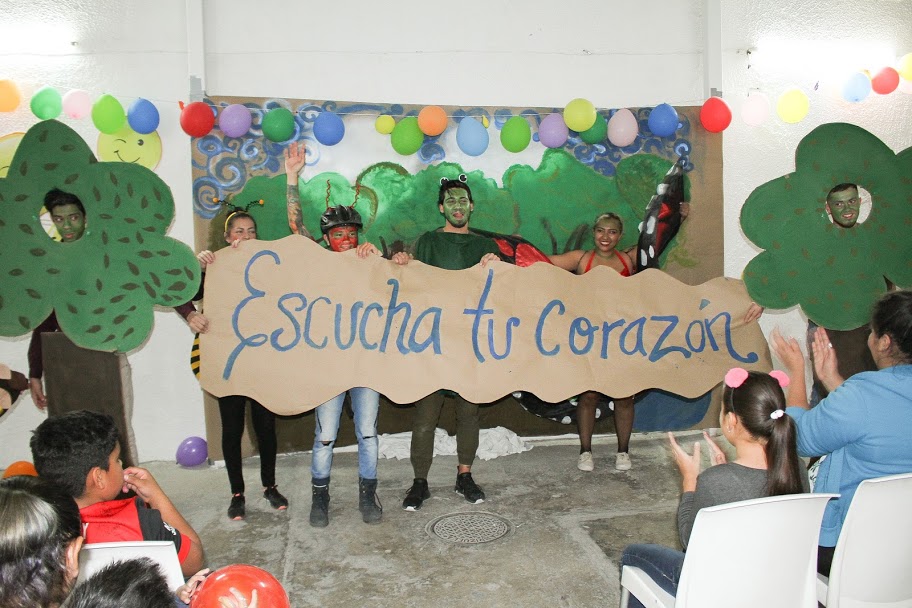 The songs “Hakuna Matata” and “This Night is to Love” set the mood for this lovely self-affirming story.

When the play was over, the event came to an end with the gift of an embroidered jacket for each child. Everything was ready with a specific message for this special moment.

Every person present received a decal depicting the shape of a hand in different colors while two team members placed a sheet of vinyl on the wall. Finally, everyone was told to go up to the wall and place their hand there beneath the phrase “Together We Realize Dreams.”

This was a day when emotions, physical work, smiles, the love for art, and a revitalizing energy all came together. Everyone came to bring happiness to the lives of these small warriors. 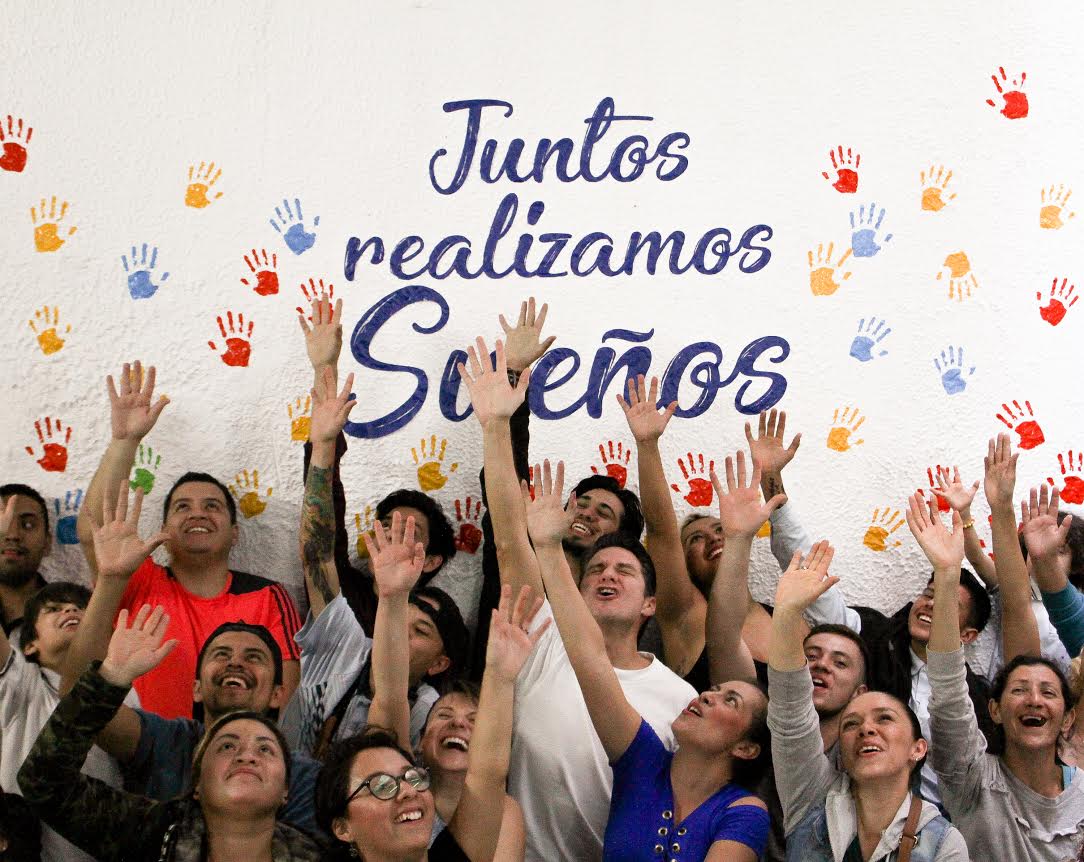