It was a regular Sunday evening on August 5th, 2018, when a 7.0 magnitude earthquake shook Lombok, the holiday island of Indonesia.  Everybody ran out of their houses in a panic. The tremors were also felt in the neighboring island of Bali and some small parts of east Java. Many buildings collapsed in a flash, resulting in the death of many people within.

Casualties and damage from the earthquakes are enormous. To date, the record stands at 387 deaths and 13,688 injuries. More shockingly, 67,000 buildings and homes in north Lombok, from the Puruk region to the Bayan district, were flattened to the ground. That’s almost 80% of the buildings in these areas. Approximately 387,067 people are staying in the thousands of evacuation shelters across the island. The hardship doesn’t stop there. More than 300 aftershocks, some of them large, have followed the initial wave and have caused increasing degrees of damage and destruction.

Even though this area is known for the potential threats of earthquakes and tsunamis, Indonesian emergency and rescue services have a very limited capacity for dealing with large natural disasters. Numerous isolated parts in northern Lombok still haven’t been evacuated successfully. Many roads on the hills are damaged and helicopters have been used to reach those isolated village areas. Meanwhile, there is an urgent need for supplies such as tents, medicine, drinking water, food, sanitation, blankets, emergency lamps, decent clothes, and basic necessities for young children, like diapers and baby food.

Many problems also occur in evacuation shelters. There have been shortages of food, drinking water and medicines in the past few days. Children are becoming ill from the cold and from not receiving sufficient nutrition from the main available food, instant noodles. They have been traumatized by this experience and are in need of healing activities such as reading, or playing with toys and games. Therapeutic items for children are still in very high demand because very few are aware of their importance.

After all the dreadful news, we are grateful that none of our artisans in Lombok have sustained any serious damage.

Lombok Pottery Center is one of NOVICA’s artisan groups. The members are mostly women potters who work from home in an effort to help their children receive a better education. Even though only minor damage was sustained in their workshop and homes, they have to remain in a field to avoid the dangers from aftershocks.

“We haven’t yet felt secure enough to resume working in indoor areas.  Every night we sleep in tents in the field,” says Ayu in explaining their current living situation. “But after several days, the field has become too crowded. People are now shifting to the sidewalks and living under tarpaulin tents.”

On Wednesday, three days after the magnitude 7 shake, Lombok Pottery Center is back in business. The office is in good condition, though with several cracks found in the walls.  Even so, many finished pottery pieces fell off the shelves and were destroyed. 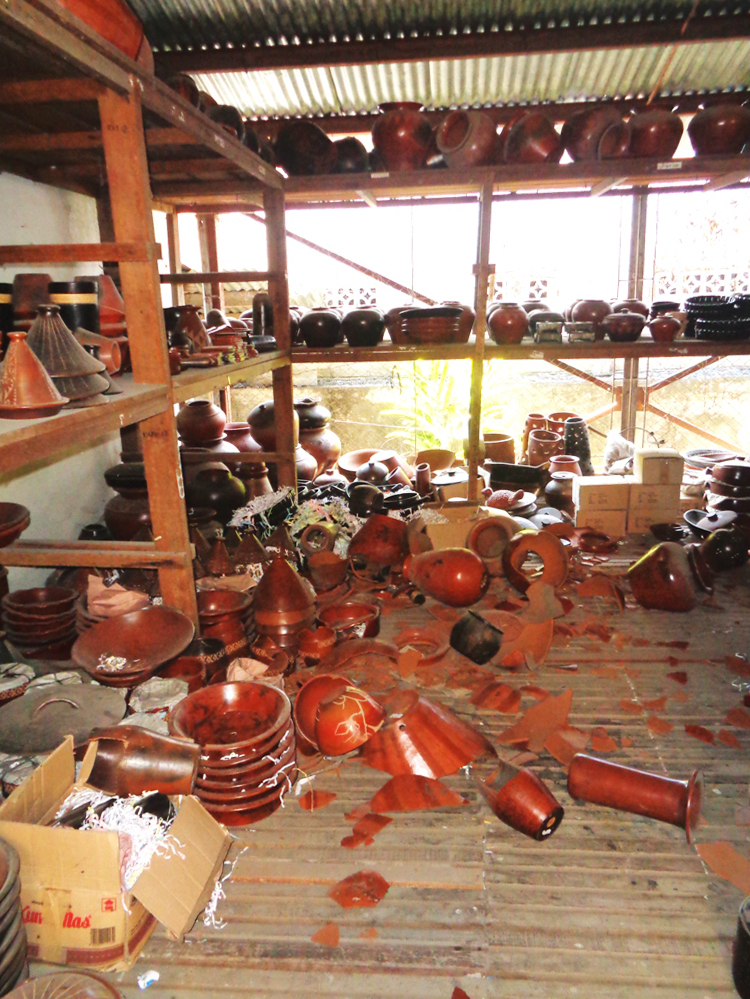 “There are so many areas in Lombok experiencing worse conditions than us. Our hearts hurt when a friend called us from the northern part of Lombok saying that they haven’t eaten in 3 days.”

Ayu and other Lombok Pottery Center members immediately sent help, especially to those in Gangga village in northern Lombok. Empathy has grown among the victims. Neighbors and friends strive to help each other despite having their own issues.

“This really has been a tragedy for those of us here,” Ayu tells us. 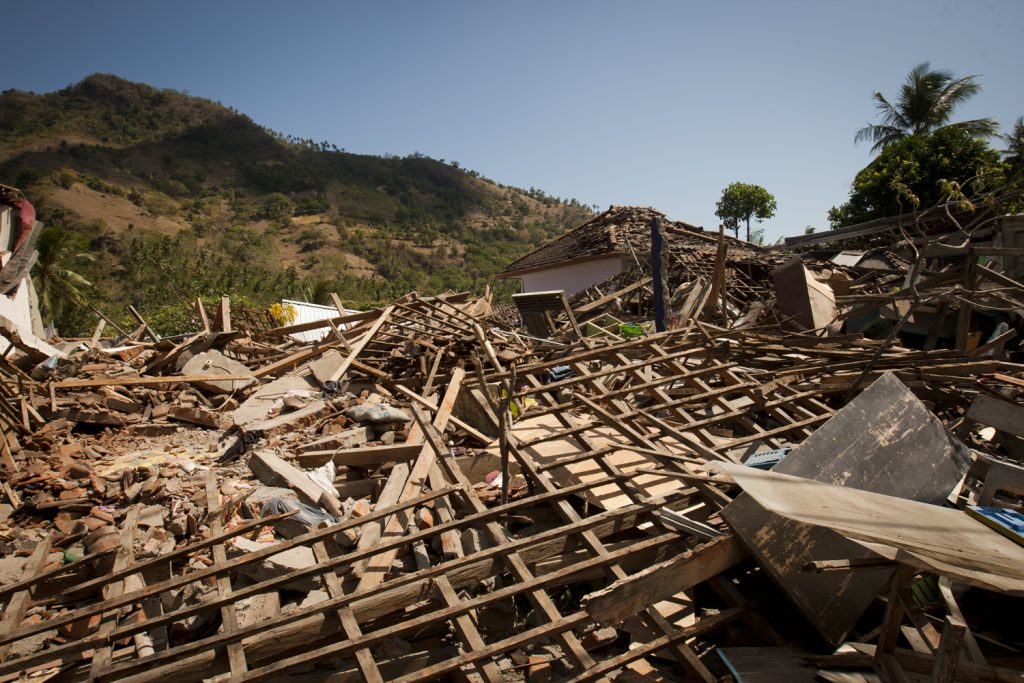 NOVICA team members and artisans in the Bali-Java region have barely suffered from material loss, however, our hearts break from all that has happened. As an act of deep condolence and of our solidarity, we would like to initiate a “Happiness Project” to help the people and families who have lost everything in the disaster. We plan to raise funds within our community to immediately address the victims’ urgent needs.

In reviewing the evacuee’s and survivors’ needs, we’ve been able to prioritize the most important items to deliver immediately. Those are plastic container boxes for storing clean water, drinking water or personal belongings, tents, blankets, medicines, dry foods and children’s toys. These needs are critically important and we are grateful for whatever support we can provide.