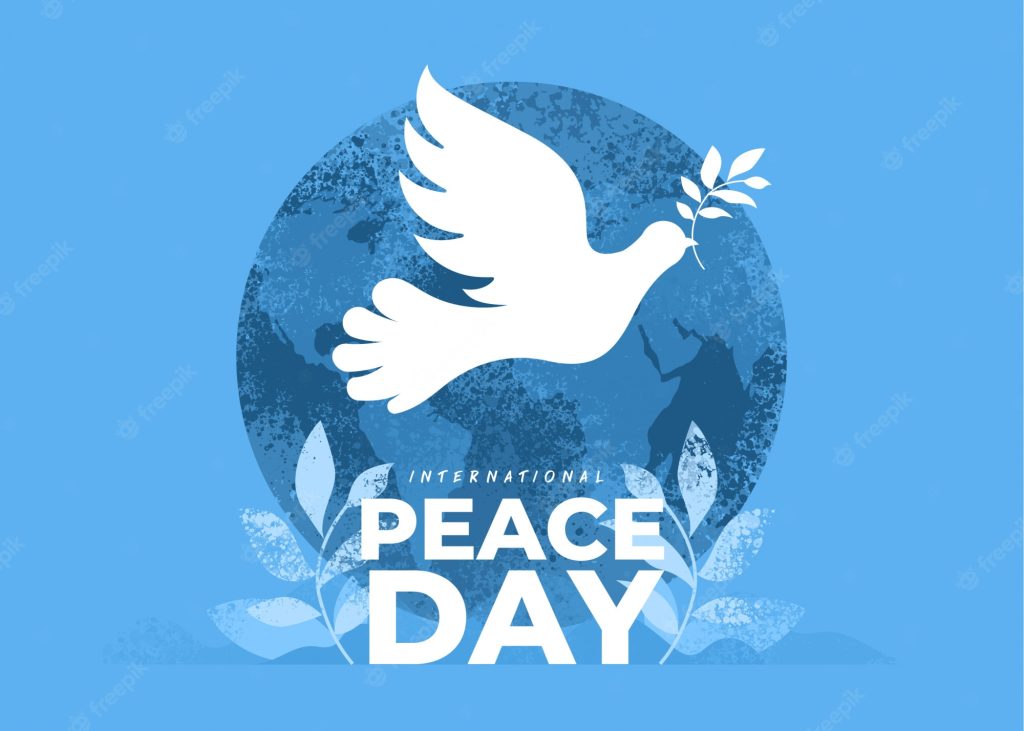 In a press release dated September 15, 2022, Novica announced the World Peace Project which showcases world peace-themed paintings, sculptures, and other works of art from around the world.

Artists and artisans around the globe are leading a timely new international effort to spark serious dialogues about world peace. A year in the making, the World Peace Project exhibit launches for public viewing on the UN International Day of Peace, September 21, 2022.

Ryan noted that Novica is currently inviting a panel of Nobel Peace Prize laureates and other notable international change-makers to view the exhibit, and then discuss their own insightful perspectives. “Our goal is to help spark a new wave of dialogs leading to practical proposals for moving closer to world peace,” she said.

Juan Henry Mendez, an indigenous Mayan artist in Guatemala born during that nation’s 36-year-long civil war, contributed a painting depicting a Mayan woman gazing skyward as warplanes fly above. In his painting, a UN peace symbol – a rose – arises from a live grenade, while an iridescent hummingbird – a Mayan symbol of communication and hope – clings to its thorny stem.

“Today we live in a world where wars have become common, wars in which thousands of people lose their lives while most of us hope for a better world,” Mendez said. “My painting, ‘Crying Out for Peace,’ is the cry of many countries today for an end to war. The woman’s hands are raised toward the warplanes in her fervent petition for an end to war. She is saying, ‘Enough!’ The grenade that gives birth to the rose is the change that should happen, so we can all live in a world filled with harmony among nations.”

Another contributor is sculptor Miguel Mejia, in Peru, who was robbed at knifepoint this year. Through compassionate dialog with his assailant, he learned of the man’s desperate hunger, took the thief to lunch nearby, offered him life guidance, then purchased the assailant’s weapon. Mejia embedded that same knife in his 2022 World Peace Project sculpture titled “Burying Weapons.”

Another contributor, batik artist Ida Bagus Lawa Bargawa, in Indonesia, speaking of the correlation between fair trade and world peace, commented: “My hope for world peace is that aspirations for the progress of one country will be reflected in the harmonious relations of all countries. All countries must be able to help each other stabilize the world’s economy. True welfare within a country will have a good impact on the path of world peace. Peace is a daily, weekly and monthly process of gradually changing opinions, slowly eroding old barriers and quietly building new structures.”

Alejandra Aceves, in Mexico, another World Peace Project contributor, concurred. “I had a teacher who said ‘the best fight is the one that’s avoided.’ I agree. By reducing social inequality and mitigating hunger, we can help achieve peace. And through education, we can achieve a more inclusive society based on respect for ourselves and for others.”

World Peace Project works of art are displayed online at novica.com/peace-project, alongside corresponding interviews describing each artist’s vision of the path to world peace. All entries are available for purchase, including finalists in the World Peace Project’s “Contest Fine Art” category and statement “Peace Gifts” category. Both categories directly support the contributing artists and artisans. Entries have closed for the global 2022 exhibit.