The Feel of an Object

Rustic and gorgeously raw, each one of Samuel Lovi’s ceramic sculptures conveys a mood and a feel, as much as the image it depicts. From his Ghost Mask wall hanging to his textured teapots to his Akwaaba oversized terracotta necklace, each piece asks to be touched, experienced as a made object, asserting its presence in the world. 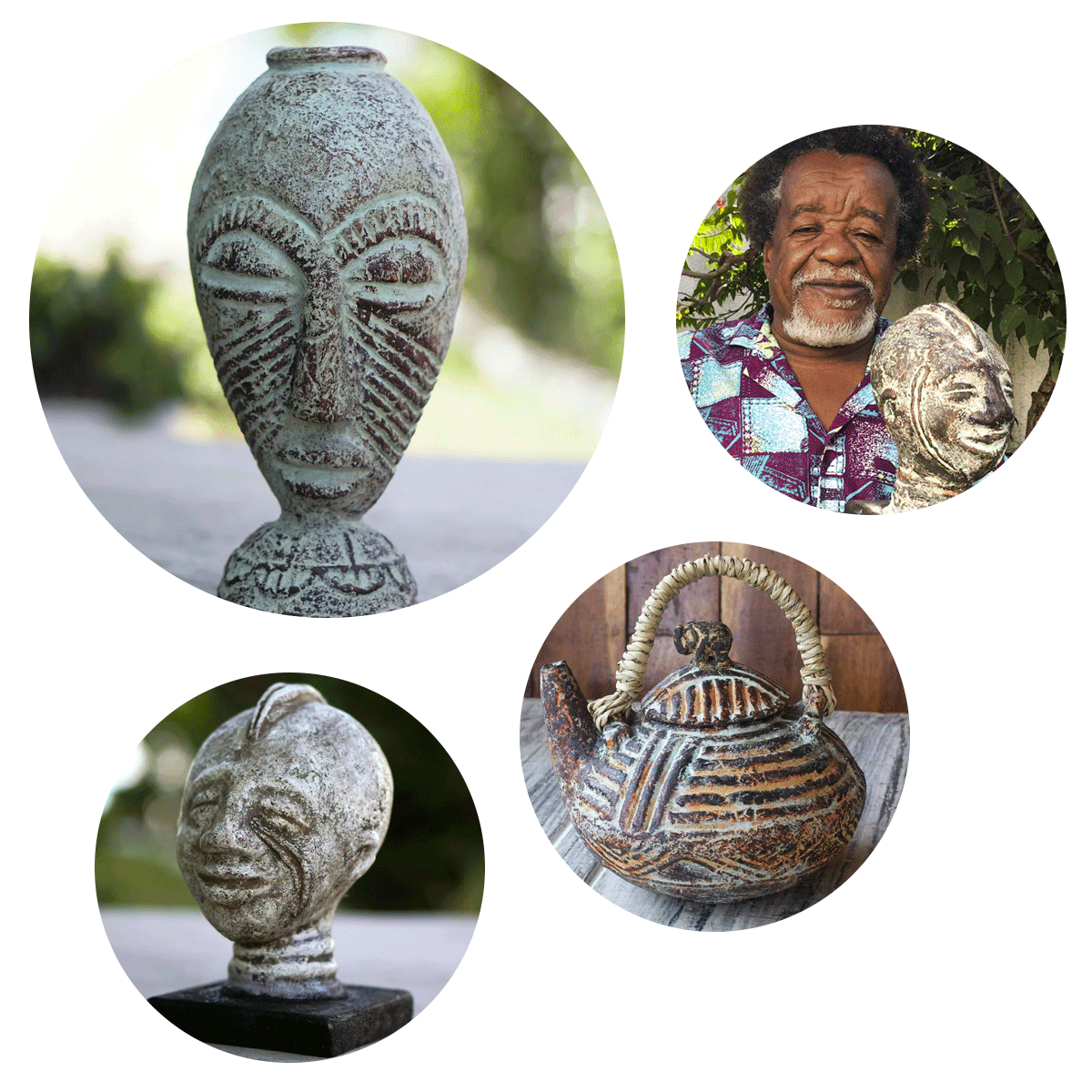 It is no wonder, then, that Samuel Lovi has been awarded some of the highest, most esteemed prizes for an artisan. He received the UNESCO craft prize (1998) for his outstanding contribution to decorative pottery. He was invited to the U.S. for the New York International Gift Show, and his work has graced craft fairs in Burkina Faso, where he received an award for best pottery exhibition, the Ivory Coast, and Paris.

Samuel’s path to becoming an artisan was hardly a straight route. Born in the Volta Region of Ghana, he spent years studying abroad in Glasgow, Scotland and the greater UK. He took jobs where they cropped up, from fashion houses to the Department of Rural Housing. Perhaps his uniquely creative perspective has something to do with his position as an insider and an outsider — someone who is from a place, but nonetheless returns to it after being away for a long time.

Today, Samuel has his own studio, where 70 women from the Volta Region train and assist in developing traditional pottery. As devoted as he is to the past, Samuel is also intrigued and inspired by the future of his craft. For this reason, he combines contemporary designs with traditional pieces. And now he has added jewelry-making to his list of skills, where he designs and crafts every bead by hand.

Whether he is molding clay, firing it in a kiln, hand-painting with kaolin and oils, or experimenting with new materials, Samuel brings his own distinctive style to everything he touches. The rest of us look on and marvel at the results.