You probably recognize all of the names from the first group, and none of the names from the last group (unless you have studied art extensively.) Likewise, you probably have heard of the artistic style of impressionism, but not expressionism. Although the two styles have similar sounding names, they are completely different styles of art inspired by different historical periods.

Impressionism started in the late 19th century in France and was initially disliked by the traditional artistic community. The movement was named after a Monet painting titled Impression, Soleil Levant that received much criticism in the Parisian art scene. His art was said to resemble a sketch more than an actual painting. 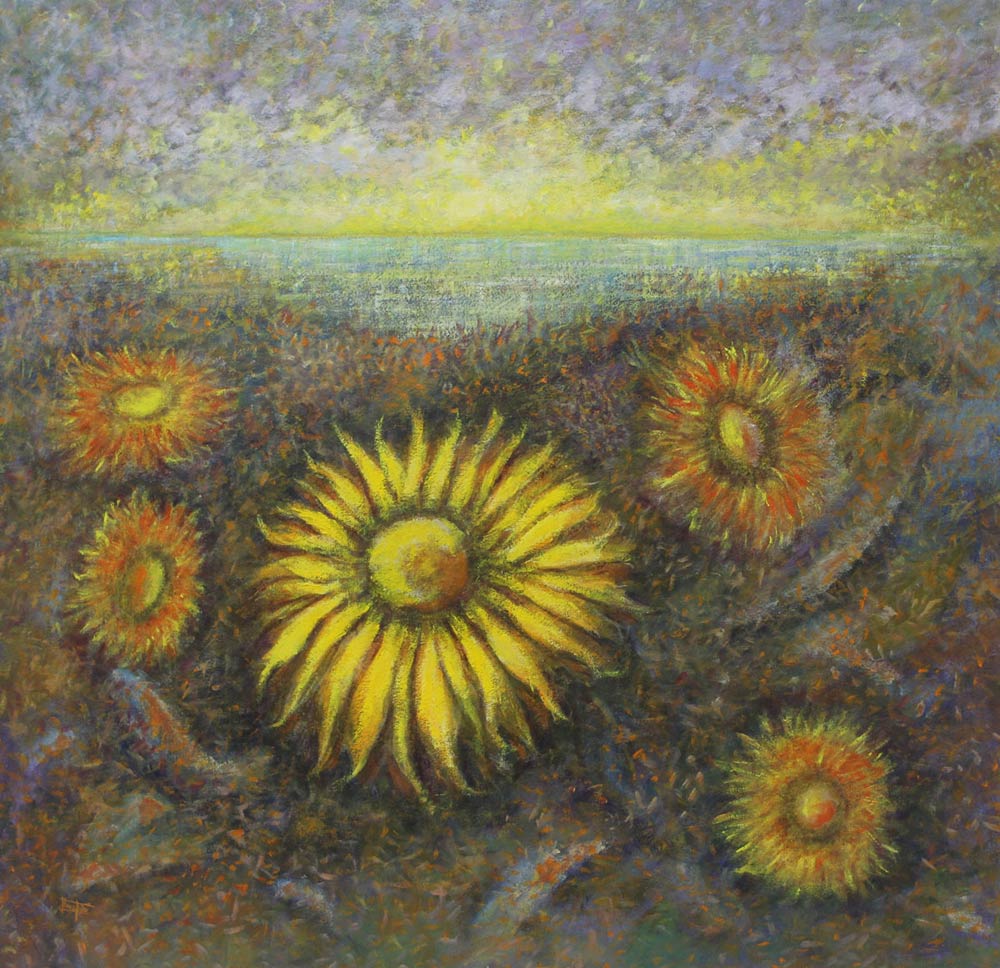 One of the main characteristics of impressionist painting is the use of many tiny brush strokes. As opposed to other painting styles that tried to make the paintings appear as realistic as possible, impressionism used visible brush strokes as part of its artistic style.

The use of color and application of it to the canvas was also unique to the impressionist movement. While the painters utilized high color contrast to make the paintings more vivid, the edges where the colors met were often blended together without harsh lines. It can be hard to tell where one color ends and another begins. As you can see in the picture below, there are no solid lines, everything blurs together despite the contrasting colors of the sky, trees, and pagoda. 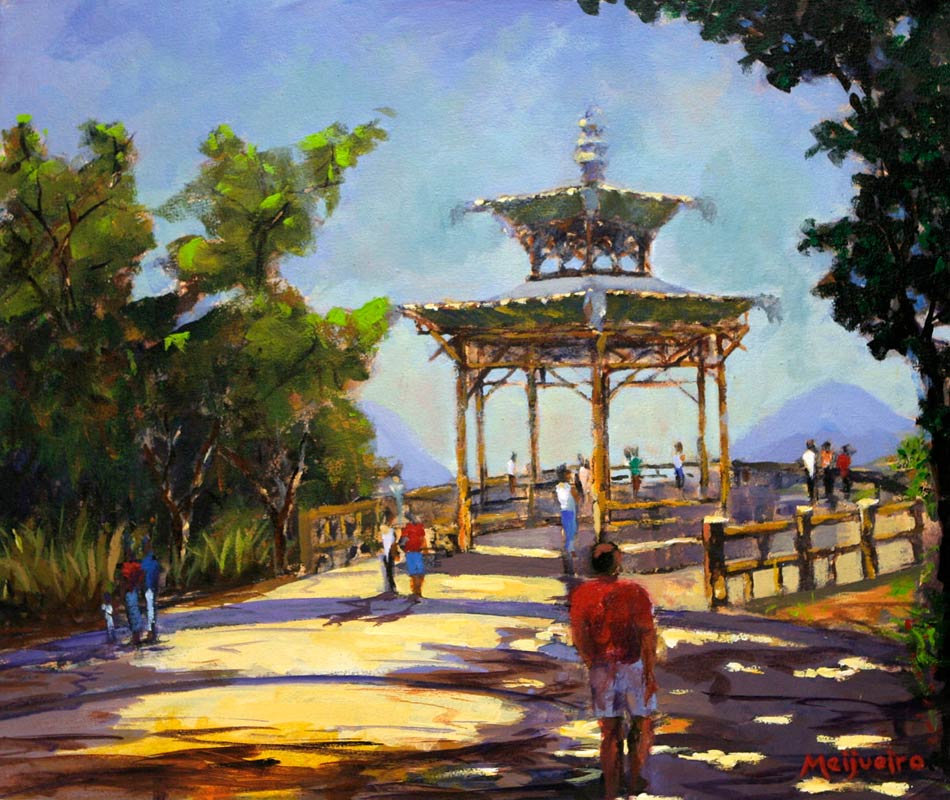 Expressionism, on the other hand, began in the early 1900s in Germany. It was rooted in feelings of anxiety about the modern world and was less focused on the reality of what was being painted and more on the emotions that the subject invoked in the painter.

The image below is an expressionist landscape painting of Rio de Janeiro. While it is not immediately recognizable as that city, it portrays the artist’s vision of what that city represents. 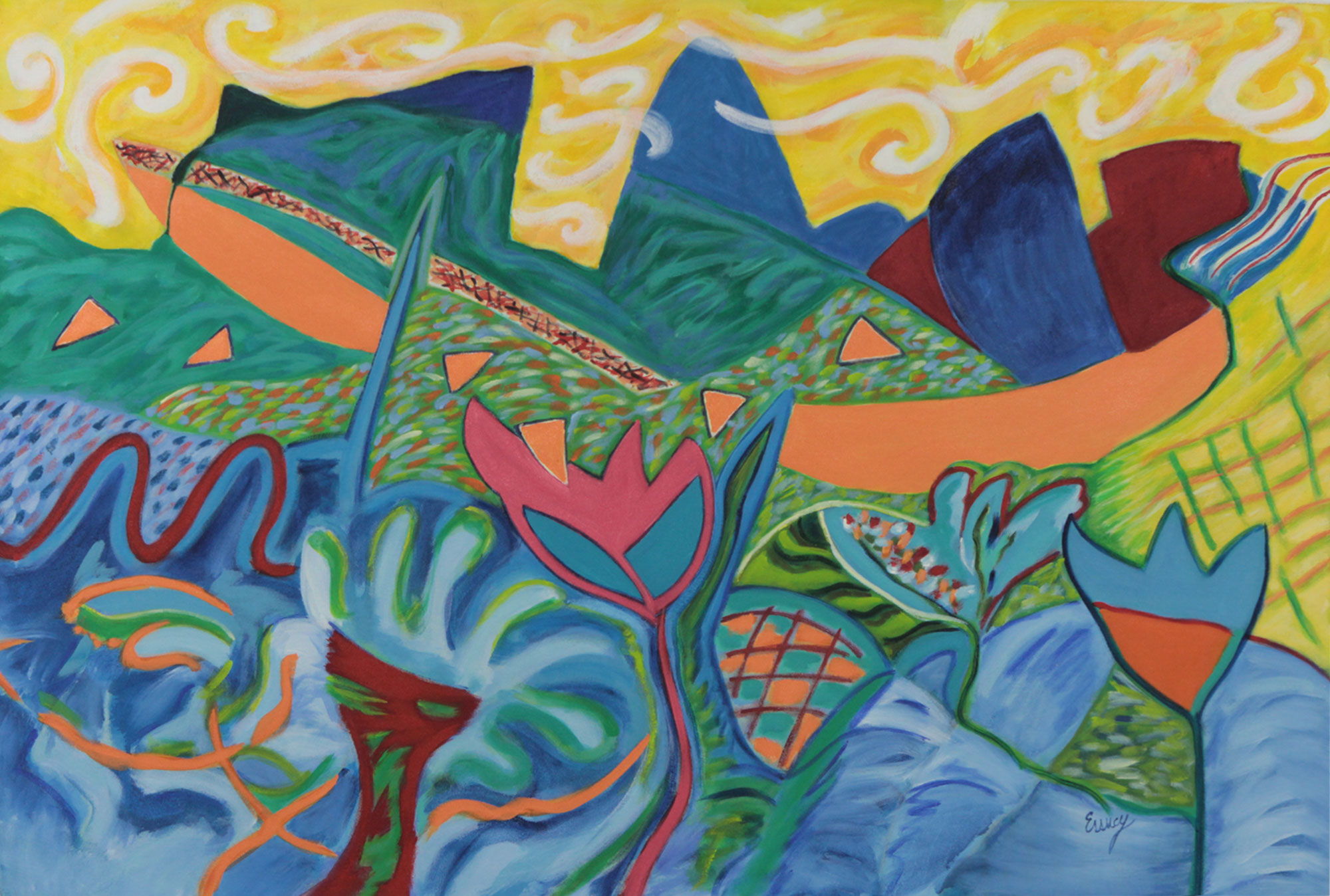 Some expressionist paintings are even more abstract. Many would have feelings of movement, with large brushstrokes or swirls.

These styles are also quite similar to abstract art and other more modern styles of art that were influenced by expressionism. 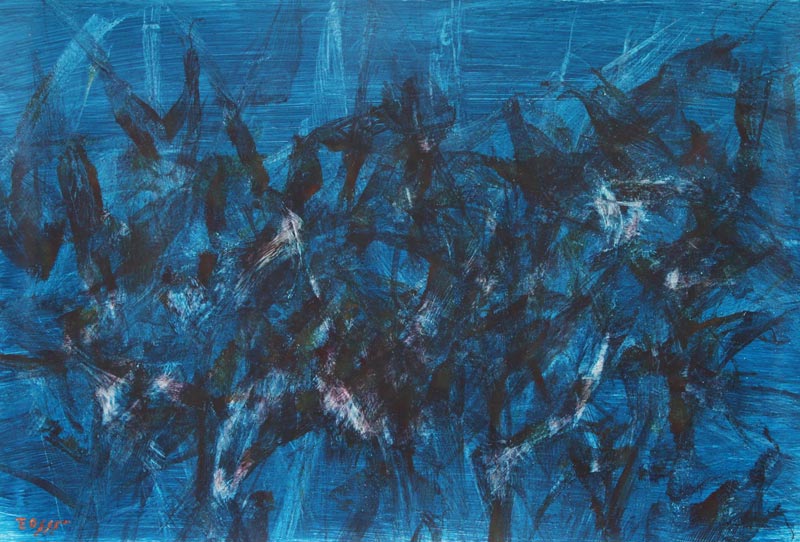 While both impressionism and expressionism originated more than 100 years ago in central Europe, the artistic styles are still alive and well around the globe today. Artists in Asia, Africa, and South America have adapted the artistic techniques and styles to their unique cultural heritages. 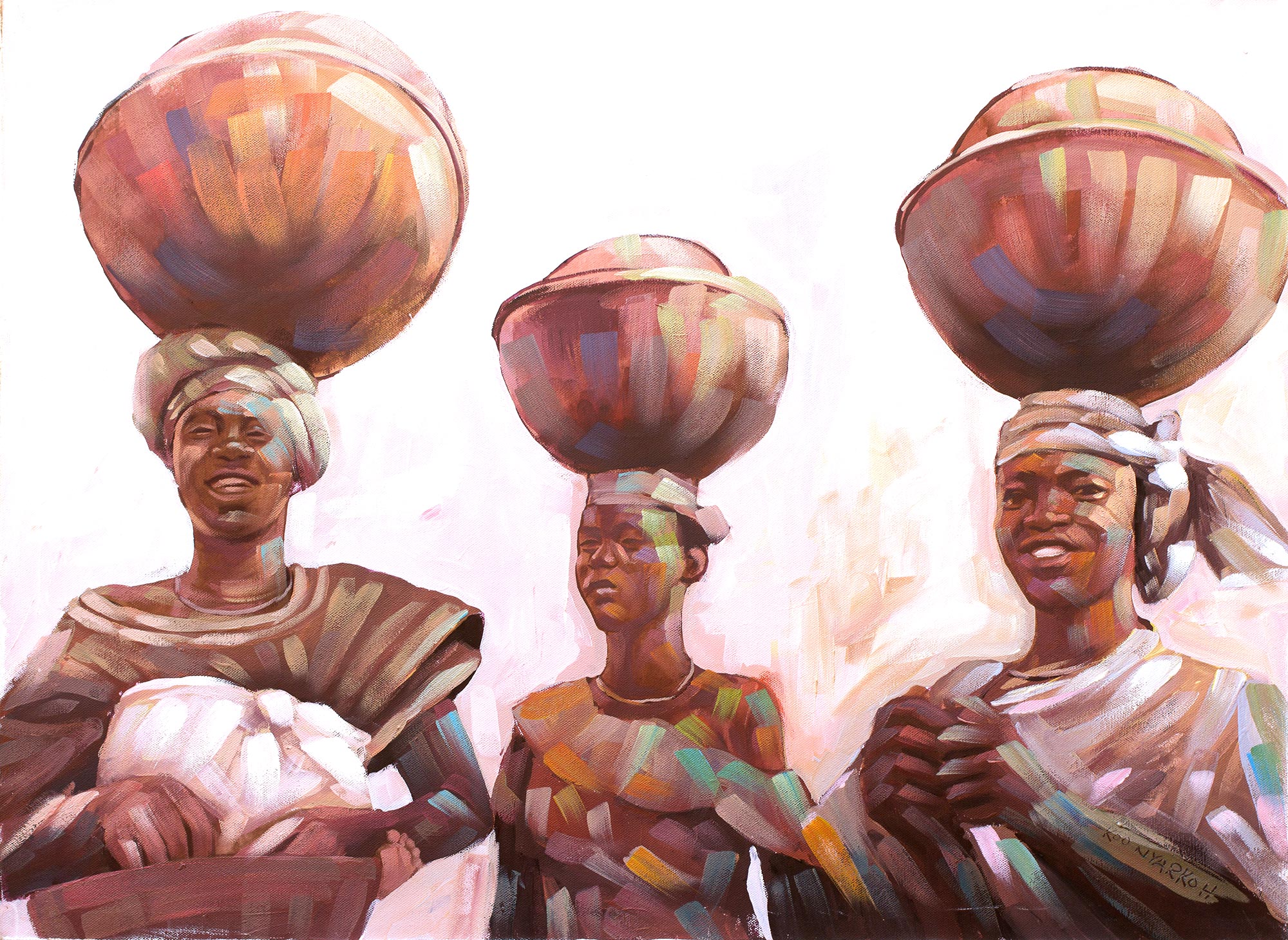 Owning original fine art to display in your home helps support the artistic communities around the world!

Good article and nice paintings, especially the people with baskets on their heads!