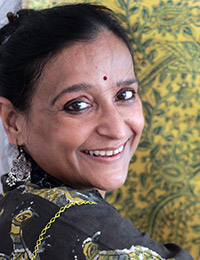 Dr. Gangal recently received the National Award for Traditional Art (2003). This distinction is conferred by the government of India through the Ministry of Textiles.